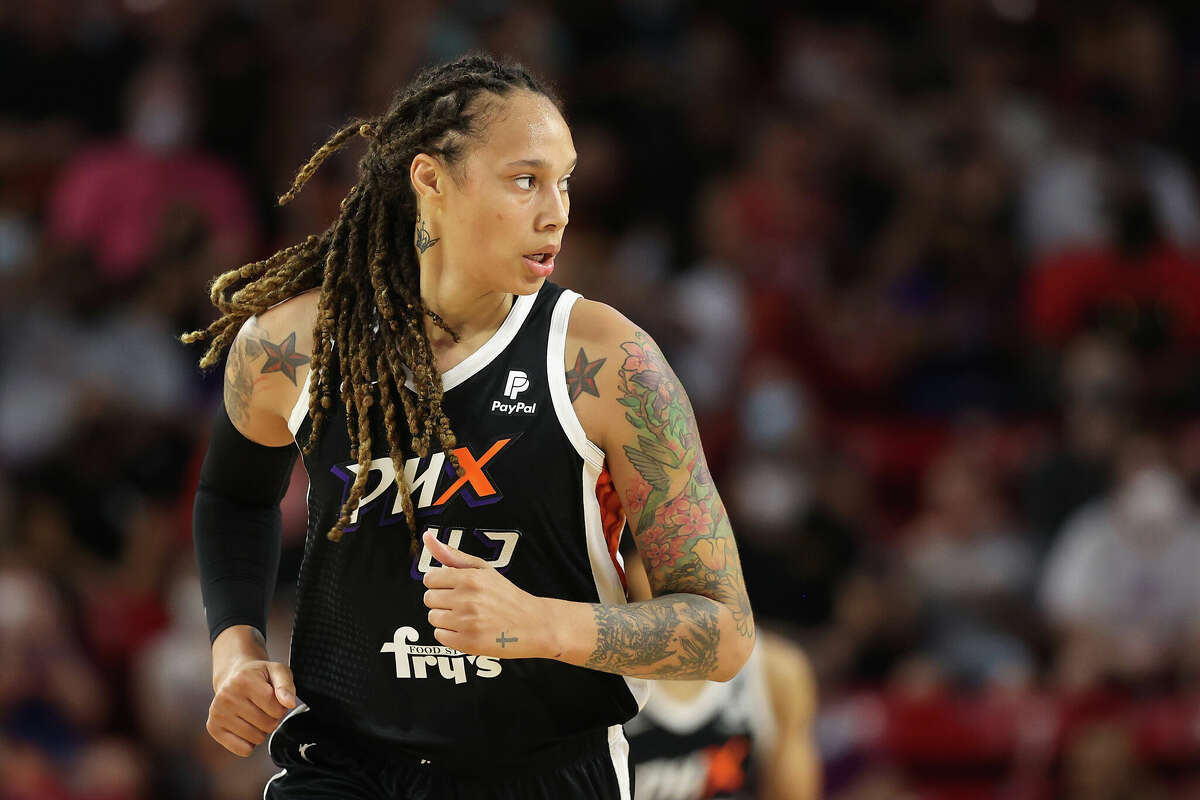 There is a lot more harrowing news coming out of Russia and the Ukraine right now, but the arrest of Phoenix Mercury WNBA star Brittney Griner just shows how terrifying this all is.

Griner is currently being detained in Russia after custom officials at an airport near Moscow said they found hashish oil in her luggage.

That was three weeks ago!

Why are we only finding out about this now?

Imagine what Brittney has already been through. And now she faces up to 10 years in prison if convicted.

Pray and protest for her, like she did in the Wubble for all those victims of brutality. Leading the way for all the Black Lives that matter. We need to start a new Free Brittney campaign, until she’s safely back home.

Just like the name of every individual who has been denied justice, she is more than a statement on a t-shirt, though. Or her name on the back of a jersey. She’s a human being who deserves her human rights.

The idea that she might be used as a political pawn by Putin for a prisoner exchange is beyond disgusting. What could happen to a black lesbian woman in that country doesn’t even bear thinking about.

This is absolutely unjust. Don’t talk about priors or a bit of hashish oil. Yes, she broke the law. But to this extent?! C’mon now! You would get behind every NBA player if it was one of them.

How come she’s good enough to play ball for Russia’s teams during her off-season, but not good enough to be able to leave the country she’s played in because a league like the WNBA still doesn’t pay its players enough?

So much so they have to earn their keep by playing overseas. Honing their skills sure, but risking, burnout, injury and now this.

It’s more than an insult. Especially to someone who has brought not only countless fans, but revenue into the Russian basketball game.

It should be a misdemeanour charge at best, as they send her on her way back home. A slap on the wrist, not a slap of the cuffs on the wrists. Imprisoned with the threat of so much more to go with this anxiety of uncertainty.

Since Russia’s invasion on the Ukraine, many WNBA players playing overseas have returned home on flights. But until they all make it back and we find our way to peace again, we cannot rest. All we can do is hope and continue to protest for what’s best.