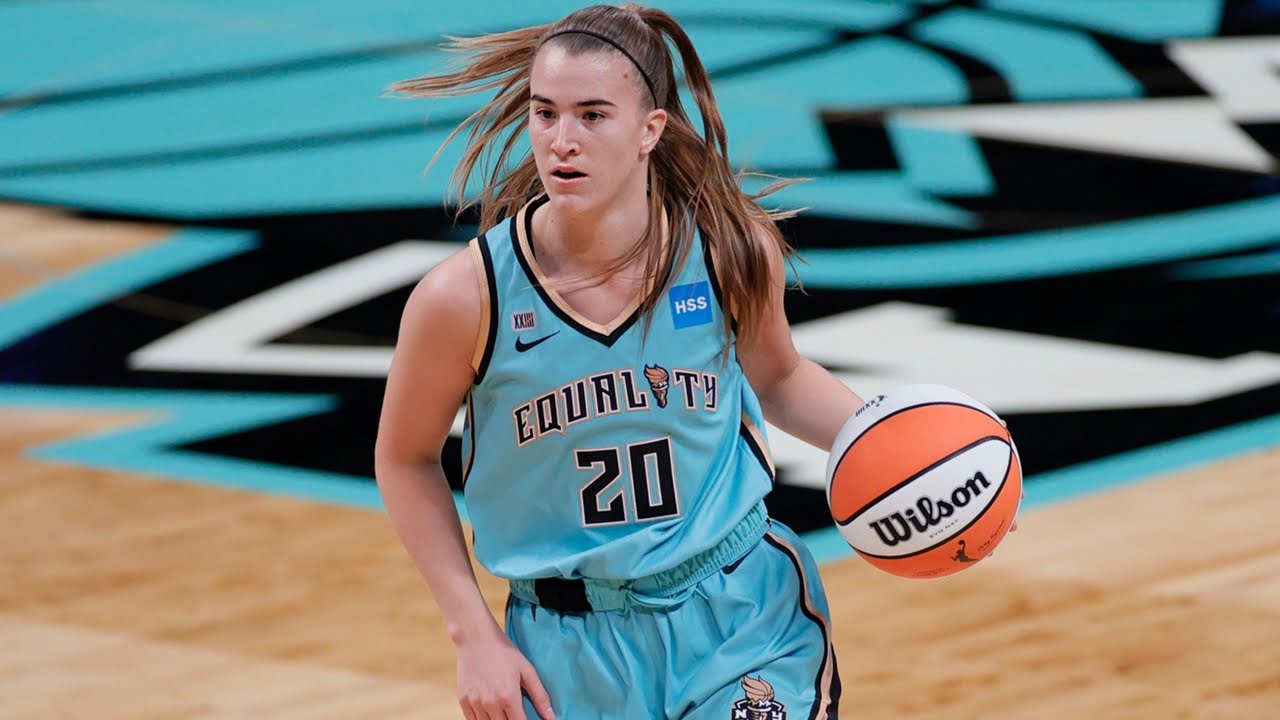 Count both of these like they told you to bet on women.

Now that’s how you do opening night and celebrate the WNBA’s quarter century anniversary.

If the next 25 years are anything like this, imagine where this league will be when it hits a century.

Great expectations were made of former Oregon Duck, Sabrina Ionescu last season. Taken with the 1st pick in the 2020 Draft she was supposed to bring New York basketball back via Brooklyn like Kevin Durant and all those Nets. This was way before Julius Randle and RJ Barrett decided to spray pesticide over all those rotten apples in The Garden and give the Knicks a fresh start. Just like beginning your day with some NYC coffee.

Everything was put on hold like coronavirus to her last college dance last year, as her Rookie season in the Wubble came to an abrupt ankle injury end — after a promising start.

If they had an award for sophomore of the season though, Sab would already be starting her campaign.

Not only did she log her first triple-double in the Women’s National Basketball Association. Her Mecca 25 points, 11 rebounds and 6 assists also included a clutch bucket to ice the game off a pick as the Liberty torched the Indiana Fever, 90-87.

She envisioned all this happening too. Arriving to the game masked up in a snakeskin Black Mamba Lakers jersey bearing Kobe Bryant’s name on the weekend her late mentor would enter the Hall of Fame. What a tribute that feels like it was a gift from the basketball Gods. The only thing more fitting is Natalia wearing her fathers HOF jacket for the perfect fit.

But amongst the all the screams, shouts, chest thumps and bumps, did you check the clock?

Ionescu hit that shot with 0.4 to go in the game. Just like the coach of the Los Angeles Sparks Derek Fisher when he was a Laker. “The Fish that saved LA” against Tim Duncan (another legend about to enter the Hall at the fall of this weekend) on this weekend of that games 17 year anniversary.

“I wanted it”, she said with you know who mentality.

The Kobe dubbed ‘White Mamba’, Diana Taurasi (14 points) proved her “better GOAT” could still rise to the occasion with the Phoenix Mercury. She hit her own game winner with 1.1 seconds to go before it was all she wrote. 77-75 against the Minnesota Lynx.

What a great swan song and curtain call from Ionescu and Taurasi to mark opening night for the history books.

Both leaning on their shot, sophomore to legend you can always count on them to be the franchise big ticket like KG. About to be iconic in their own right like Tamika Catchings.

Like another of this weekends Hall of Famers and New Yorkers, Mike Breen would say…”BANG!”