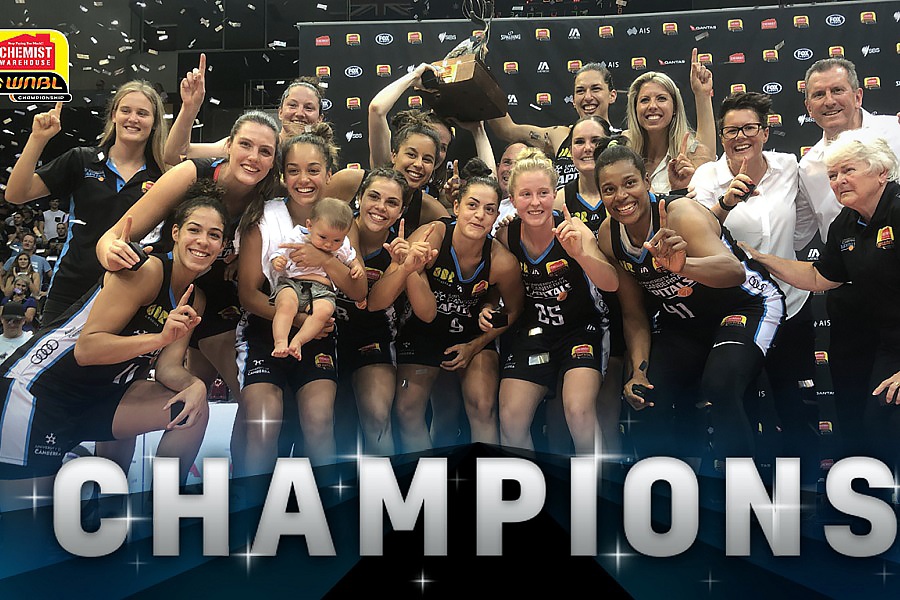 Kia Nurse of Hamilton, Ont., finished second in MVP voting as she helped the University of Canberra to a WNBL Championship today in Australia.

Nurse, a six-foot guard, had 12 points and three assists in a 93-73 victory over the Adelaide Lightning in a series-clinching Game 3 at home in AIS Arena.

“Thank you … for giving me an opportunity to play with an amazing group of women,” Nurse said on Twitter after the win.

This was the latest in a series of high-profile achievements for the former University of Connecticut standout.

Nurse is coming off a solid rookie season in the WNBA, where she averaged 9.1 points per game with the New York Liberty.

New York finished out of the playoffs, and Nurse transitioned to the Australian Women’s National Basketball League (WNBL) during the offseason.

Many WNBA players spend the offseason in other pro leagues, in part because salaries are low.

The average WNBA player makes less than $72,000 according to the Canadian Press.

At 22, Nurse is arguably Canada’s best-known women’s player, thanks in part to her long-running involvement with Team Canada at international tournaments.

She led Team Canada to a gold medal at the 2015 Pan American Games in Toronto and a seventh-place finish at the 2016 Olympics in Rio.

Nurse also won two NCAA titles with UConn, where she was also American Athletic Conference (AAC) Freshman of the year in 2015.