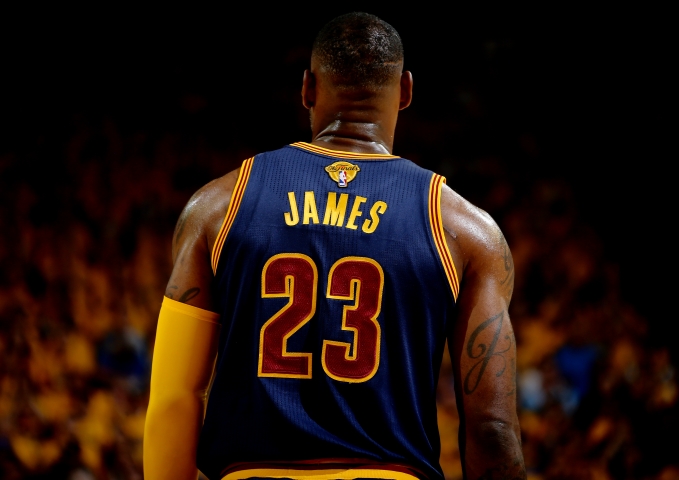 The rumbling noise of a rematch begun as soon as last year’s NBA Finals ended with the Golden State Warriors drinking champagne in the Quicken Loans Arena’s visitors dressing room.

While the whole world focused on down crediting the Warriors, the Cavaliers went to work with the mindset that they were two injuries away from being the defending champions.

LeBron James dominated the Finals in ways that fans had always hoped he would, but never got to see. His average stats line from last year’s finals is 35.8 points, 13.3 rebounds, 8.8 assists, 1.3 steals, 0.5 blocks in 45.7 minutes. LeBron James was inhuman in that series. He was divine. And, comparisons to Greek gods were more warranting than ever, and more importantly, it was not about his physical attributes anymore, but about his game.

He, for once, had a dominant Finals series that led us to believe if these two teams were healthy Golden State would have no chance.

And, thus begun the new quest to end Cleveland’s title drought. While Golden State opened the season 24-0, 39-4 when Steve Kerr came back on the bench, and finished 73-9, Cleveland was dealing with internal turmoil that spilled out and headlined controversies after controversies.

The lack of respect James showed towards former coach David Blatt, firing Blatt midway through the season despite a 30-11 record and a first seed in the conference, Tyronn Lue’s “shut the f–k up” comments, the comments about maybe playing with ‘Melo and CP3 in the twilight of his career, Kyrie does not distribute the ball, Kevin Love not, really, fitting in, and the most egregious was him training with Wade in Miami. If you want, you can also add the move to unfollow his organization on Twitter.

All of this noise was silenced in the first two rounds of the playoffs mainly due to the weak competition the Cavs faced in Detroit and Atlanta. However, things got a little chaotic when the Raptors mauled Cleveland in games 3 and 4 of the conference finals.

But, in the end it was all covered up with wins. The Cavs downplayed all of those problems, they shuffled aside questions about their chemistry and cohesiveness, but because they were never tested their talents overcame the lack of adversity. But not anymore and this team looks like its quitting, unfairly, on its coach, its superstar, and itself.

So, here we are: Game 3. The single biggest game of LeBron James’ career. The game that will define his legacy. It is a bigger game than Game 7 of the 2013 NBA Finals. The stakes are through the roof, and if James does not perform and Cleveland loses, they will get swept on Friday night. This is it. LeBron James said so himself.

The problems facing the Cavs are James’ uncharacteristic lack of leadership, and he has not been dominant, and Tyronn Lue’s coaching.

This Cavaliers squad is in search of its leader who has dissipated. LeBron James is not playing with the same ardor, determination and grit on both ends of the floor.

A year ago, he was feisty and so were his team, but this year he is lazy and so is his team.

The Cavaliers are a reflection of LeBron James, and as long as he will be an anemic version of himself, the team will play that way and Golden State will win with ease. James has never been questioned for his lack of effort on both ends of the floor, and yet here we are questioning the core of his greatness in the looming hours of what is the defining stage of his legacy.

It is time for LeBron James to lead his team and as the old expression goes “put up or shut up”. A year ago, James “became the first player to lead both teams in points, rebounds and assists per game in an NBA Finals,” according to ESPN Stats and Information. This year his numbers are there (21, 9 assists, 10 rebounds), but they are not impactful.

He and his team looked like they have been mentally defeated by Golden State in Game 2. They looked ready to go on vacation, and leave Cleveland as soon as possible. We have seen a LeBron James team lose in the Finals before, but they never looked vanquished, and uninterested.

LeBron James needs to take command of this game, and this series. He needs to show his team the way. Get his teammates involved early, have their backs and go for the Warriors’ psychological throat. James has to want to rip the Warriors’ heart out of their chest.

Must Read:
Canadian Basketball Stars of the 1920s’

The honeymoon with Tyronn Lue has got to end, and people have to hold him accountable for what he has not done in the first two games of the series: coaching.

Tyronn Lue has tried to combat fire with fire. When Golden State has sent its revolutionary small ball lineup, also known as, “the death lineup”, Cleveland responded with its own version (Irving at the 1, J.R. Smith at the 2, Shumpert at the 3, James at the 4, Love at the 5) and was outscored by 46 points. In contrast, the Cavs have been outscored by one point when playing with a big lineup against the death lineup.

According to John McTigue from ESPN Stats and Information, when both squads play with their small ball lineup the Warriors are shooting 66.2 per cent from the field to the Cavs’ 40. To make matters worse the lethal new weapon that carried the Cavs to the NBA Finals, the three point shot, is killing them now. Once again, when both team play small ball, the Warriors shoot 60 per cent from beyond the arc to the Cavs’ 25.

Tyronn Lue needs to watch last year’s finals, and the few good moments from this year’s edition and play big, slow and physical. If the Cavs don’t make these adjustments, they are done.

A year ago, Mozgov became a force to be reckoned with in the paint against the Warriors. He needs to be unleashed against Andrew Bogut, otherwise the Australian big-man will have his way. Even, if Mozgov is a viable option on offense, his impact on defense, his shot-blocking abilities and rebounding prowess can’t be overlooked.

Lue has to bench J.R. Smith. Period. Smith has been a pathetic, moribund shell of himself. Thus far in the series, before Game 3, Smith has played 69 minutes and attempted a disgraceful nine shots, connected on only three occasions as the starting shooting guard.

Bench him. He is wasting a viable roster spot on both ends of the floor.

Game 3 is the single biggest game of LeBron James’ career, and he will have to dominate from tip off to finish for his team to have a chance, otherwise you can kiss the ring good bye.