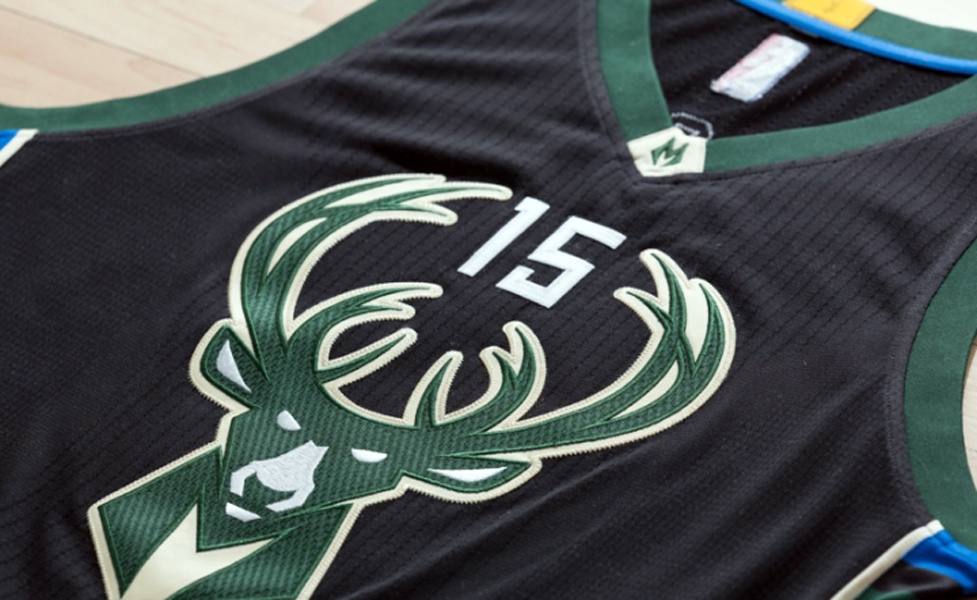 No team has had a better Summer redesign in a season of new looks that doesn’t seem to stop (how about the Washington Wizards’ ‘Baltimore Pride’?) than the Milwaukee Bucks and just when you thought they couldn’t do it again they bring more bang for your Wisconsin dollar.

The Bucks new vintage, white and cream jerseys, and more maturely pointed stag logo and new team motto are joined by a herd of ‘Fear The Deer’ nights that have a little extra kick too.

On selected nights and games this season against big name opposition like the Los Angeles Lakers, Oklahoma City Thunder and the talents of fellow Eastern Conference powerhouse, the Miami Heat (just to name a few), the Bucks will rock another look. Not just in the form of a new alternative jersey, but for the first time in National Basketball Association history, an alternate court too!

And you thought arenas just switched out the floors when their sister WNBA teams, hockey ones or Billy Joel came out to play!

Milwaukee may be on its way to Wisconsin soon, by way of a brand, new state of the art arena, but the beautiful Bradley Centre will not go gentle into that good season, raging on against the dying of its light. With another rug fitting of a logo orientated, ‘Fear The Deer’ proclaimed floor that really ties the arena together. The motto being the only words the players and their opposition see when they take the to the floor and lock horns to battle this new animal.

And from The Alphabet to the M.C.W., last years top rookie Jabari Parker and one of this years top free agents Greg Monroe those visitors taking to this partnered parquet have reason to be scared of the children of Coach Kidd.

And if that wasn’t enough once they dribble from the three point line to the paint they’ll be greeted by deer antlers that will tangle them up and buck them into submission like the best Milwaukee defenders guarding the range.

Besides after replacing last years much loved floor plan, two courts are better than one.

There’s even more emphasis on the pride crest chest, than individual names like the Oscar Robertson and Lew Alcindor (pre Kareem Abdul-Jabbar) era days in the alternate ‘Fear The Deer’ jerseys. With the new logo displayed across the front, accented by the player number with all the usual trimmings of the new design, this jersey is reminiscent of a classic, green Buck throwback that has been popular on Hardwood Classic nights of recent years.

Its all complete in sleek black, like the top Toronto Raptors alternatives and the ‘Hollywood Nights’ of the Los Angeles Lakers. Right now nothing looks slicker that the redesign of the court canvas in Milwaukee. It all looks worth a million Bucks. Dear me!

In this article:Fear The Deer, Milwaukee Bucks, NBA