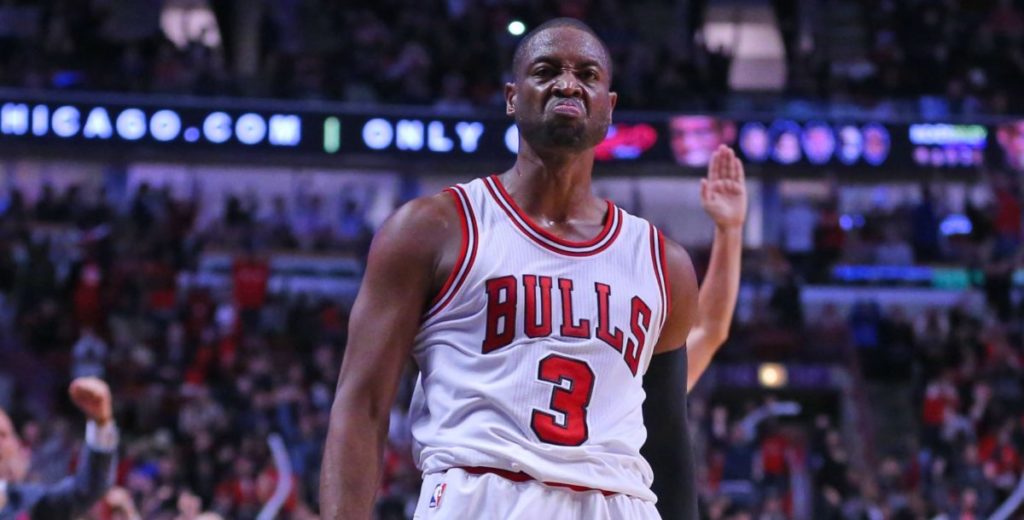 Hold your finger to the wind…it will always lead you home.

Chi-town may have lost their favorite son this Summer as Derrick Rose bloomed from their concrete to the jungle of New York, but in the wake of the N.Y. Knicks jacking the Chicago Bulls for not one, but two of their players (Rose’s long-time partner in dynamic, Joakim Noah. Who is also joined by more star power in the form of F.A. Brandon Jennings) they welcomed another long lost son back home to the Windy City.

One of this generations greatest and most underrated guards of this changing league, Dwyane Wade will close out the last chapter of his storied Hall of Fame career with the Chicago Bulls in a homecoming fit for a Kings right hand man. D-Wade has been a Miami lifer like O.G’s, whether the Heat was on or not. From Shaq to LeBron. From the big-three victory to leading the franchise to the promised land off of his own talents.

So how about a hand for the man who made the Heat a new millennium storied franchise like the San Antonio Spurs and Golden State Warriors joining the likes of the legendary Lakers and Celtics? Because when this guy returns to an ovation in Miami no single white hot t-shirt will take their seat.

D-Wade almost left the Heat for the Lakers last year to form a veteran superstar back-court duo with retiring legend Kobe Bryant before re-upping for another year. Now free again-despite being lured by King James super-teams and Cavs Twitter follows for him and his wife Gabrielle Union-the only place Dwyane could leave Miami for is home.

Die-hard Heat fans who don’t ride bandwagons and know what a top ten means will be in Mourning like Alonzo. First the British Intelligence of Luol Deng and now this. But at least they retained their biggest agent of Hassan Whiteside who leads their future with sophomore guard stud Justice Winslow. Chi-city on the other hand rebound from the loss of all their big man big players (as Pau Gasol followed Noah out the door, signing with the San Antonio Spurs after they lost David West to the new band of Warriors as the Free Agent carousel keeps turning. (At least Dirk kept his Dallas home)), by servicing their sole superstar Jimmy Butler’s spotlight with a nice big-three perhaps only a few years out of date. Because forget the next couple of seasons, as of right now Wade and fellow free agent acquisition Rajon Rondo make for one of the best backcourts (and lets not forget rookie steal Denzel Valentine…you have to love that move) on dry-erase in this small ball revolution league set to run.

With enough flash quick guards to shake a Steph Curry at, Miami moved another speedy guard the Lakers way to clear cap. As they shipped Jose Calderon to California for a to be determined international prospect (could it be rookie Ivica Zubac?), before the Point piece picked up from the Rose trade had chance to try on his new red and white jersey. Jose who doesn’t run like a veteran but is one will certainly help mentor these young Lakers alongside fellow thirty something former Bull Luol Deng, setting the table and the alley-oops for the likes of Randle, Nance Jr and new rookie star leader Brandon Ingram. We hope D’Angelo and Jordan are watching. Unfortunately this back-up signing may spell the end for Brazilian Point God Marcelo Huertas who was one of the best things potentially about the Lakers last year. But if he really is about to clean out his locker we can think of more than a few teams willing to make room for a player that spreads the parquet like butter plays toast.

But it’s now high time to hang the number 3 jersey in the closets of Chicago like Miami should one day do the banners of the Heat rafters.