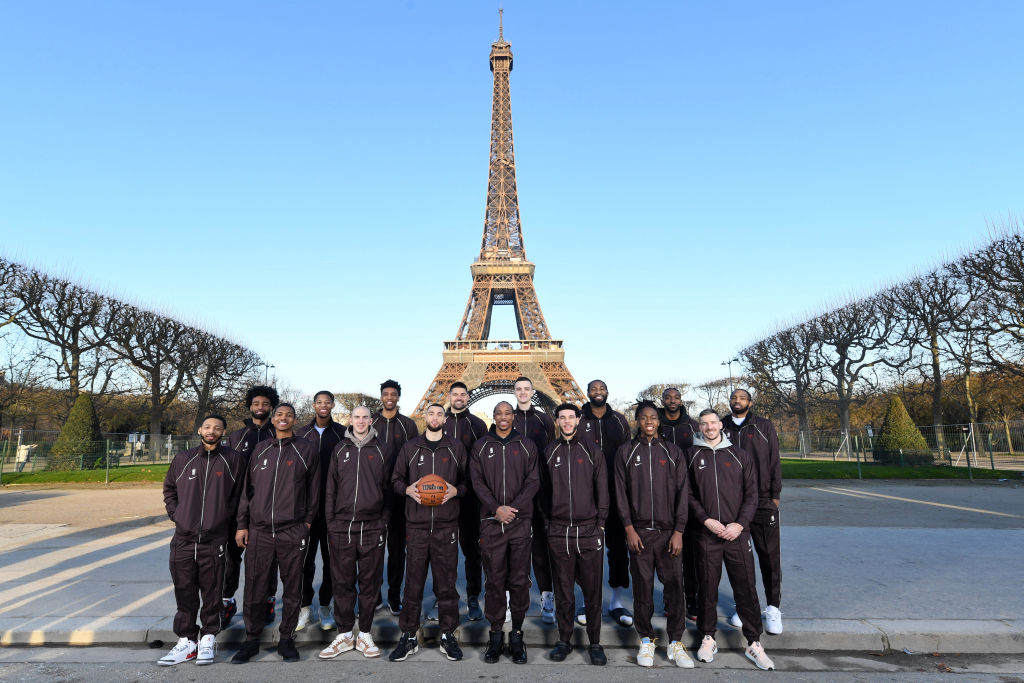 It has been two years, but the NBA is back in Paris after a break for pandemic precautions.

And what a game to mark the occasion.

Zach LaVine, DeMar DeRozan and Nikola Vučević came up huge for the Chicago Bulls, who put a 126-108 beating on the Detroit Pistons.

This is the first time Chicago was in town since another big-three you may have heard of. Michael Jordan, Scottie Pippen and Toni Kukoč.

In 1997, those Bulls defeated PSG Racing 89-82 and Olympiakos 104-78 in the McDonald’s Championship that took place at the Palais Omnisports de Paris-Bercy. You can catch snippets of the contests in the first episode of ‘The Last Dance’.

These days, Jordan’s Jumpman adorns the Paris St. Germain soccer team it sponsors. And there’s a new big basketball star capturing the world’s attention. He’s from France, too. Victor Wembanyama was in attendance for NBA Paris 2023 as anticipation hit a fever pitch. Yet, this night in the City of Light was all about the city of stars taking to the floor.

The dynamic duo and best back court of DeMar and Zach reached Eiffel heights. DeRozan came up with 26 points, 9 rebounds and 5 assists. Lavine, 30, 5 and 4 in those respective categories. Pacing the Pistons and each other perfectly for the Bulls. Vučević’s double-double of 16 points and 15 rebounds, to go along with six assists, also steadied the ship that sank Motor City in Paris.

French legends like Tony Parker, Ronny Turiaf and former Bull Joakim Noah hyped-up those waiting for the NBA’s grand return. Whilst the young promise of Killian Hayes represented France on the hardwood for Detroit. Magic Johnson and his wife Cookie were also in the house. But you know the real tricks belonged to the trade of those lighting up the night like the Moulin Rouge.

The National Basketball Association has a huge following in France. And now it’s seven feet, two inches high and rising.