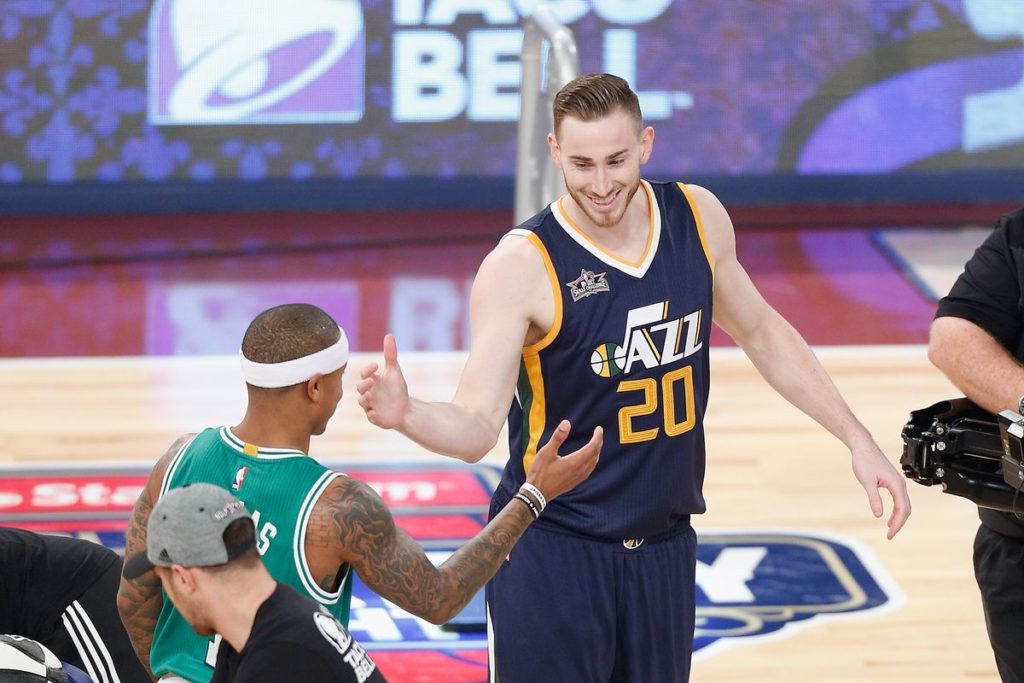 Free agency has just opened up the beast of the Eastern Conference and even the whole association of National Basketball right now.

And the King thought he had enough to handle with all those Warriors.

The Boston Celtics almost gave them a run for their East championship wine and gold champagne mere months ago. Until LeBron James dunked all over them and Isaiah Thomas. As I.T.-4 lost more than a tooth and was shut down for the rest of the playoffs as the most storied franchise in NBA histories season was done and broom dusted.

And then before the second season of free agency, the Celtics had the top pick in the 2017 NBA Draft, otherwise known as Markelle Fultz for their future. Until they swapped that pick before draft night with the returning top tier, number one 76ers. Philly gave them their original third selection in return, which the Celtics then used on Jayson Tatum. A knockout future superstar in his own right to join the Isaiah Thomas, 80’s floor general like lead future.

And now the Celtics don’t have to be green with any sort of playoff or draft envy anymore, as they have just made the biggest move of the 2017 free agency period that has already had a lot of shakers…if you discount the what could be one and done Oklahoma City Thunder trade for Indiana Pacer and what could be future Laker, Paul George.

The Boston Celtics have signed Gordon Hayward and in a league of James and Durant decisions this is one choice that makes the classic Celtics contenders again.

Just when you thought Flash Gordon Hayward was headed to South Beach to replace Wade, ‘Bron and the recently released to the retirement rafters Chris Bosh (the Miami Heat even put up a lobbying banner of Hayward in Heat white and red outside the American Airlines Arena), the Utah Jazz star made real music by flipping the hymn sheet and heading to New England to rewrite Boston history like a Patriot, but as a Celtic.

Thanking the Jazz in a lengthy and heartfelt Players Tribune announcement post this forwards tribute to his former franchise was as real as it gets. Although it was thought he would follow in the legendary Karl Malone, John Stockton and Jeff Hornacek sneaker steps as a Jazz lifer, Gordon has picked up his ball and rolled with it. Surely it’s nothing but love for number 20 though. And now he’s out of the desert of Salt Lake City the league can see just how incredible this guys muse cage, Mamba trained game really is.

I mean have you see this guy dunk?

Now reunited with Coach Brad Stevens, the former Butler grad at the service of the Boston Irish joins Isaiah Thomas as a one, two punch of two of the best, but most underrated superstars in the L that could even knockout the King come playoff rematch. Game Boston. But this dynamic duo are also primed to form a big three or Rondo like four with last years big free agent Al Horford or Tatum and we aren’t talking about no Iverson or Ice Cube retired half court, old mans game. This summer spectacle is the best thing to happen to Boston since Paul Pierce picked up the phone and dialled the digits of Kevin Garnett and Ray Allen. And now number 34 is retired, Hayward makes this new look Celtics as classic as the days of Danny Ainge, Kevin McHale, Dennis Johnson and Bird. Gordon and Isaiah could one day see the rafters like Russell, Cousy, Havlicek or P-Double.

Either way this really is the truth.