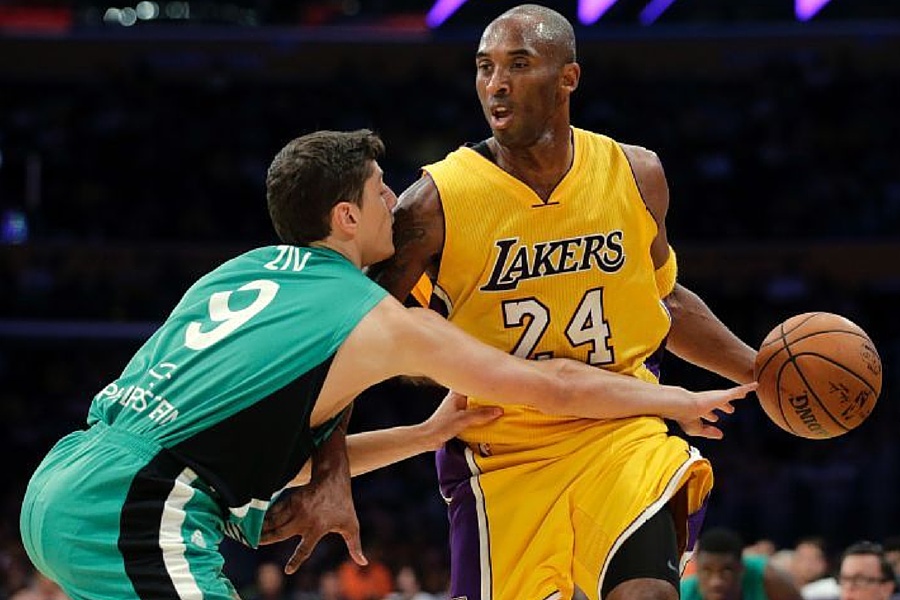 Lakers STAPLE Their Preseason Back Up Back Home

The Los Angeles Lakers didn’t exactly have a holiday in Hawaii. They came together in their preseason trip to the islands as effectively as George Clooney’s ‘Descendants’ divorce movie. Still there were some promising signs, from Roy Hibbert in the middle of things playing like his old self (and how about his 16 rebounds and 5 assists here?), and not the Lakers number 17 of old (not you Rick Fox, we love you Canuck like early days Bynum) to Julius Randle’s breakout play to the tune of the top ten pick he was, gearing up for what will technically be his rookie season minus one game.

And no big star has suffered an injury…yet!

Still three-zip losses where not a good look in this picture postcard paradise as the Lakers zipped up their gym and duffel bags and laced up a plane back home. Still from one palm tree to another they headed back to their STAPLES Centre residence for a familiar and friendly environment, welcoming to their home the Israeli Premier League Side, Maccabi Haifa. Whupping them 126-83 in what was essentially a tune up game after their runaway 17 point leading start.

A 43-point blowout that could have been 51 will do wonders for your confidence.

As will having your retiring from injury and heading towards retirement star Kobe Bryant writing off everyone who has done that to him, thinking he’s finished. From ESPN ratings to even lower NBA 2K ones. 21 points in only 18 minutes will do that for you. Good for 93rd best player in the league hey? That’s an 85 rating right there.

Let Coach Scott tell it; “you might lose a little bit as far as your athletics and your speed … but he still sees the game at a different speed. So he is able to be in and get to spots that he needs to get to because of his knowledge of the game.” Roughly translated Kobe Bryant is ‘science-ing the s###” out of this’.

Even more impressive than that was his star successor, number two-pick in this years draft, D’Angelo Russell. Returning from a glute injury he showed Kobe and everyone how to pass, dishing out 11 assists in only 18 minutes of play. You have to hand it to him, kid is going to be something special.

Sure the Hollywood side was facing an opponent new to this town, but they still impressed against a side that only lost by an unlucky 13 to Memphis three days prior. Especially the new Lakers big-three of Russell, Randle (almost on the double of 14 points and 9 rebounds) and Jordan Clarkson who Kobe claims are already “ahead of the curve” (which will have even more streets ahead of the race results with the hiring of former Laker greats James Worthy, A.C. Green and Tracy Murray to the coaching staff) to go with their Six Man duo of Nick Young and new signing Lou Williams.

New/old Laker legend World Peace adding that D’Angelo has the sugar “of a veteran” and Julius’ “ceiling is as high as his destiny” adding to his war of words that the NBA has gone “soft” except for Randle. With Bryant also adding that their big sophomore forward is “Zach Randolph in Lamar Odom’s” body it’s a hell of a compliment comparing him to one of the most skilled Lakers and NBA players of modern time in his prime.

The post-Kobe future of the Lake Show just might be O.K. after all. And they’re still waiting on new valuable veterans Marcelo Huertas and Brandon Bass to return from injury.

We guess this “idiot” didn’t “f###” it up after all. Now can the rest of the league handle Randle…the truth.

California’s most famous ball-club now fly to the Sin City of Las Vegas for a coastal roll with Sacramento where they hope their luck is nothing but the kings.