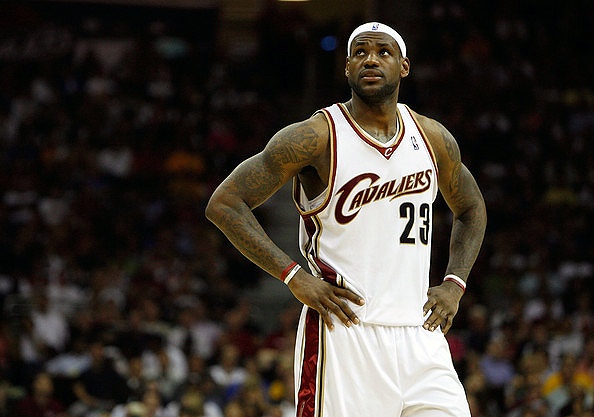 LeBron James returns to number #23 for second stint with Cavaliers

LeBron James has announced that we will be going back to wearing the number 23 after officially declaring he retired the number in honor of the G.O.A.T back in 2010.

The announcement makes sense from a economical stand-point for Cavalier fans who will have the benefit of dusting off their their old LeBron jerseys instead of having to fork-up some more dollars for a new jersey.

James also rocked the 2-3 back in his high school days at  St. Vincent–St. Mary and kept-up tradition once he was drafted by Cavaliers. He later switched to wearing number 6 with Miami Heat, a number which will surely hang in the rafters of the American Airlines in South Beach.