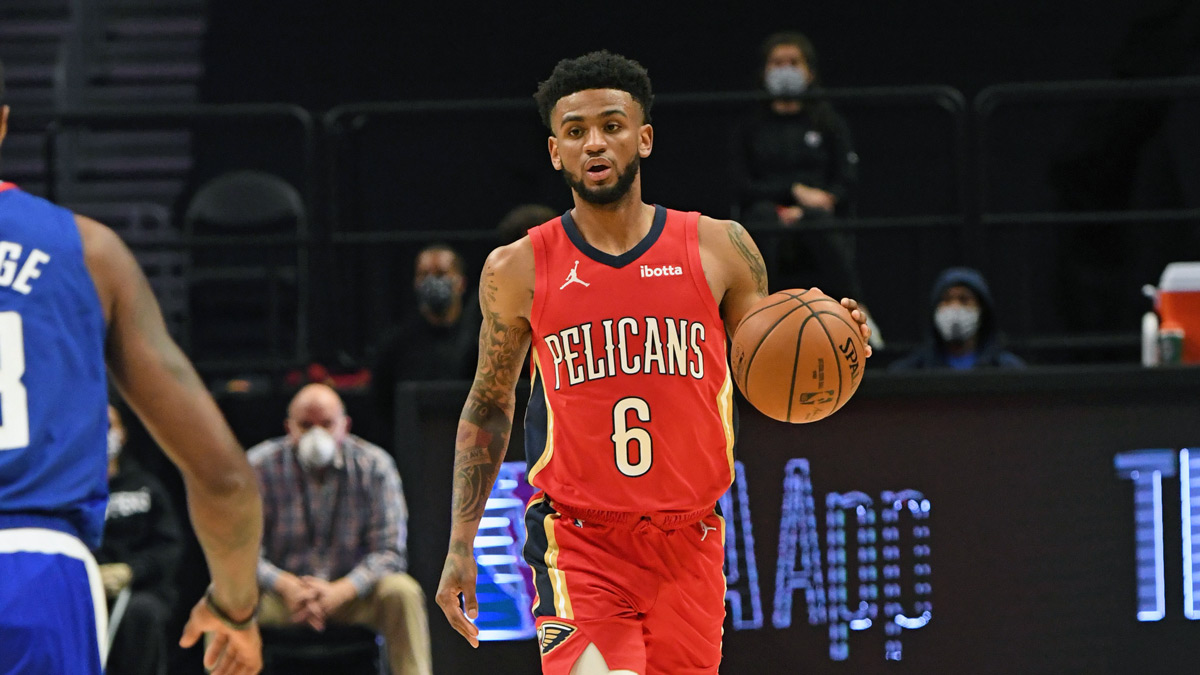 Canadian guard Nickeil Alexander-Walker took full advantage of his second start, racking-up a career-high on his way to the fourth highest output by a Canadian in an NBA game.

Alexander-Walker, a six-foot-five guard in playing in his second-year for the New Orleans Pelicans poured in 37 points, 8 rebounds, 1 assists, 1 steal in the close 111-106 loss to the Los Angeles Clippers. The Toronto native sunk 15-of-23 field goals, 5-of-8 three-pointers and 2-of-2 freebies from the foul-line in 33 minutes against a highly touted and handsomely paid Clippers back-court.

Taking a page from his talented cousin Shai Gilgeous-Alexander, the former Virginia Tech standout is slowly understanding the importance of pace when executing the offense.

“I feel like work has been put in through the summers. My teammates believing in me and just slowing the game down. Casey Hill, they have been talking to me about pace coming off the pick and roll, changing pace, slowing it down, reading the big, giving him different looks.” discussed Alexander-Walker after the game.

“So I think early on I tried to let it come to me, as the flow of the game went on I was just kinda riding its wave figuring out where to assert myself in. Everything is easier when you compete, so I was just playing to win, and it just started to come.”

Alexander-Walker’s previous career-high stood at 29 points against the Orlando Magic, a feat he achieved during the 2020 NBA Bubble.

The career-high night by Alexander-Walker elevates his season averages to 11.5 points, 2 rebounds on 46% percent shooting. A total of 20 Canadians are currently impacting NBA teams with ten (10) players averaging over double-figures scoring as per the 2020-21 BasketballBuzz NBA Stats Tracker.

Pelicans starting point-guard Lonzo Ball is expected to miss a few more games which should continue to provide more minutes for Alexander-Walker to continue asserting himself in head coach Stan Van Gundy’s rotation.