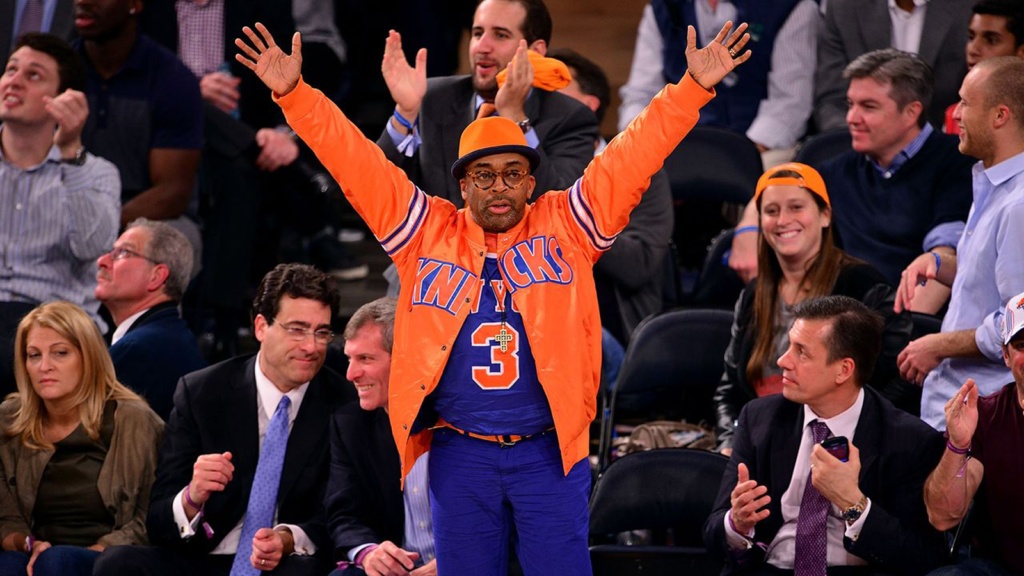 He still in this game.

EA Sports may not be, with the way they keep losing to the new king on the console video games throne, but the man who sits courtside at Knicks games is…live!

Lee, the legendary director of films (or “joints) like ‘Do The Right Thing’, ‘Inside Man’ and ‘He Got Game’ is about the follow in the digital sneaker steps of music curated players Jay-Z and Pharrell Williams to contribute to the new NBA 2K Sports game for 2016.

You may notice MVP and finalist Stephen Curry on one of the big three (James Harden and Anthony Davis being the others) legendary, iconic red covers of the forthcoming NBA2K16-which is set to keep NBA fans on the couches even when regular season games end-but above that you will read something different…

On the digital dry-erase as writer, director and co-producer, Spike is doing the video game thing in regards to his favorite sport. Out at the end of September on the Playstation, XBOX and P.C., 2K says Lee’s direction will elevate the video game like a dunk, “from both a visual and narrative perspective”, as the director looks to “push the boundaries of innovative storytelling.”

Currently getting the world pumped for this game and the real NBA Finals one with his ‘Story Is Everything’ epic trailer that even beats the goosebumps of ‘Empire’ star Terrence Howard’s one from years back. Lee is offering fans of basketball and video games alike a look at the “trial and tribulations” of rising as a star in the NBA with a story of his own.

Must Read:
Is Howard's End In Hollywood?

We guess Mars Blackmon was busy.

Still we can get with the Frequency and what a player “whose personal exploits off the court are just as chaotic as the game on it” as Frequency vibrates between the hardwood and the high-life. As cool as all this sounds with those old ‘not-actual in-game footage’ cut-sequences that could even be as good as the storytelling ones you see in the likes of ‘Grand Theft Auto’, it looks like the influential filmmaker who is furthering his career innovation is looking to give a moral message to both aspiring ballers and those who choose to sit back on the sofa and play through someone else.

Still, we’d sure love to see a digital version of his famous alter-ego from those classic Nike Air Jordan commercials. It must be the consoles. Because when it comes to Blackmon, nobody can beat our main man Mars.