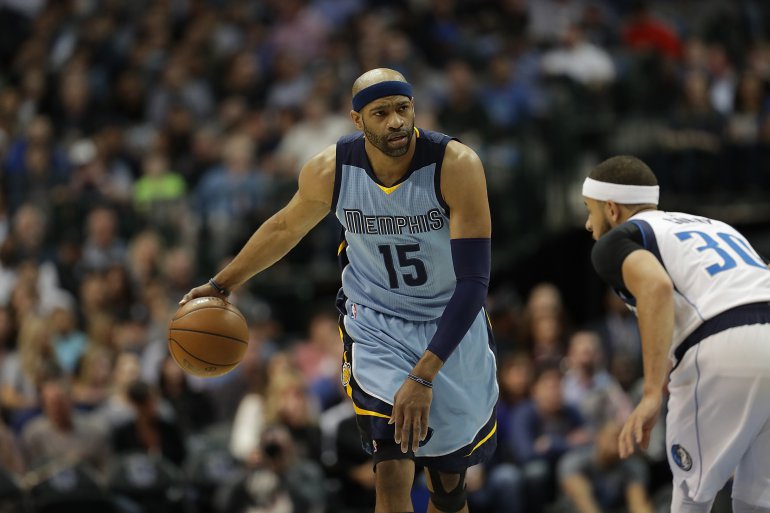 Next season Vince Carter will be King for a year.

Sacramento’s Sleep Train Arena’s cowbells will be woke up like the ringing out days of Arco, as the 40 year old motorbike rider is still cranking the handles like the dial of a rejuvanating time machine.

He may almost be a half century old, but just like the good ole days of old times, the legendary Half-Man/Half-Amazing is still playing at a full tilt. The Toronto Raptors legend who also starred for the New Jersey Nets has also had spells with the Orlando Magic and the Phoenix Suns in recent years. But after clawing away at father time with the Memphis Grizzlies over the last couple of campaigns, the man who sees red everytime he sees the rim like a bull to a rag appears to be looking to play for every team in the National Basketball Association.

He may aswell…he’s dunked on all of them anyway…many times over.

The Hall of Fame inbound Slam Dunking Air Canada great will now be Air King out in California as Sacramento is now where it’s at. On the best coast dominated by champiom Golden State and looking to the future of the Lonzo Angeles Lakers, Sacto look to have a stake too…even if Philly have been getting all the top picks over the last couple of Summers drafts. The Kings have been building themselves quite a castle ready for this game of thrones in LeBron’s land. Future faces like Kentucky’s Willie Cauley-Stein, sophomore Buddy Hield and this years top ten rookie DeAron Fox will fill the huge hole that DeMarcus Cousins left. And now in free agency they are relating to valuable veterans that can back them up like Point Guard leader George Hill. But in getting Carter and his big Memphis Grizzlies teammate Zach Randolph these new look Kings have enough All-Star talent to tutor and power to still play.

Because this guy can still dunk before the backboard sees red.