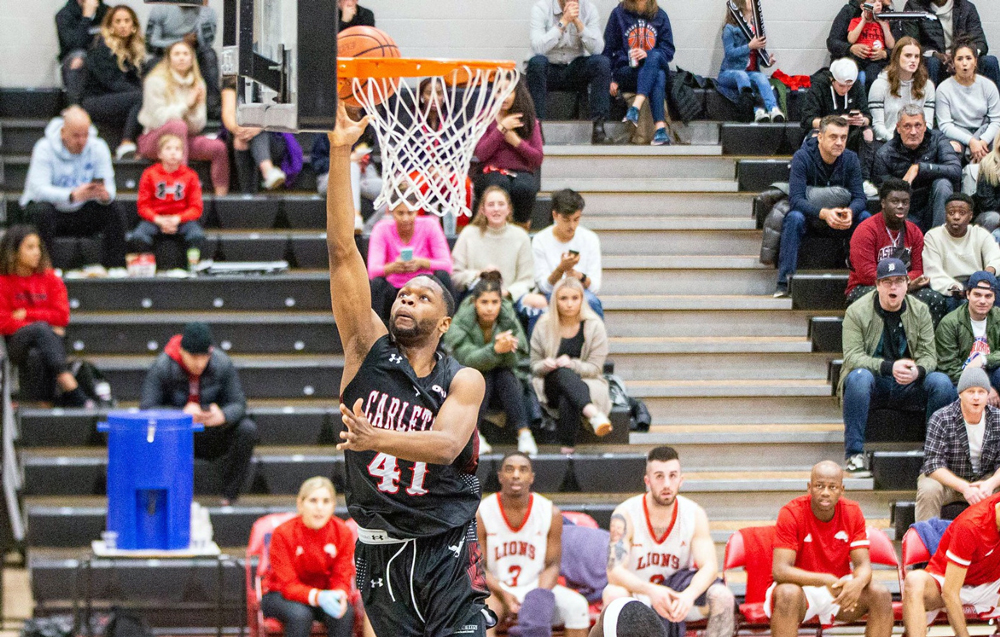 The No. 1 ranked Carleton Ravens improved to 16-2 overall and 8-0 in Ontario University Athletics (OUA) conference action with a 129-44 — 85 point beat-down of the York Lions to set a modern-day U Sports men’s basketball record, for most points scored and the largest margin of victory in a OUA conference game.

The Ravens’ 129 points is the most points scored in a (OUA) game and the third highest scoring output in historic programs’ 58-year history. Carleton routed the Fleming Knights (CCAA/OCAA) 130-78 in non-conference win on October 3, 2009. The 85-point win is the second largest margin of victory in team’s history — including CIAU, CIS, OUA conference, non-conference and games against NCAA teams.

According to historic records, and stats guru Martin Timmerman, the Ravens’ also hold the bragging rights for the most points scored and largest margin of victory in Canadian university basketball history. The all-time mark dates back to the 1964-1965 season with the Ravens’ beating the Ottawa Gee-Gees 144-52 — a whooping 92 point victory in the old Ottawa-St. Lawrence Intercollegiate Association (IAA) conference which was part of the Canadian Interuniversity Athletics Union (CIAU).

Stanley Mayambo 17 points, 4 rebounds paced seven Ravens’ players in double-figures. Lloyd Pandi added 14 points, 2 rebounds. Aiden Warnholtz played a game-high 28 minutes off the bench and contributed with 13 points, 6 rebounds and 5 assists. All of Carleton’s players scored at least five points and attempted at least five shots with only one bench player logging less then 10 minutes of playing time. None of the Carleton’s starting five logged more than 19 minutes of action.

Carleton, currently on a four-game home stretch will take on the Nipissing Lakers before closing out the first semester with a highly anticipated showdown against nationally ranked and cross-town rival Ottawa Gee-Gees.