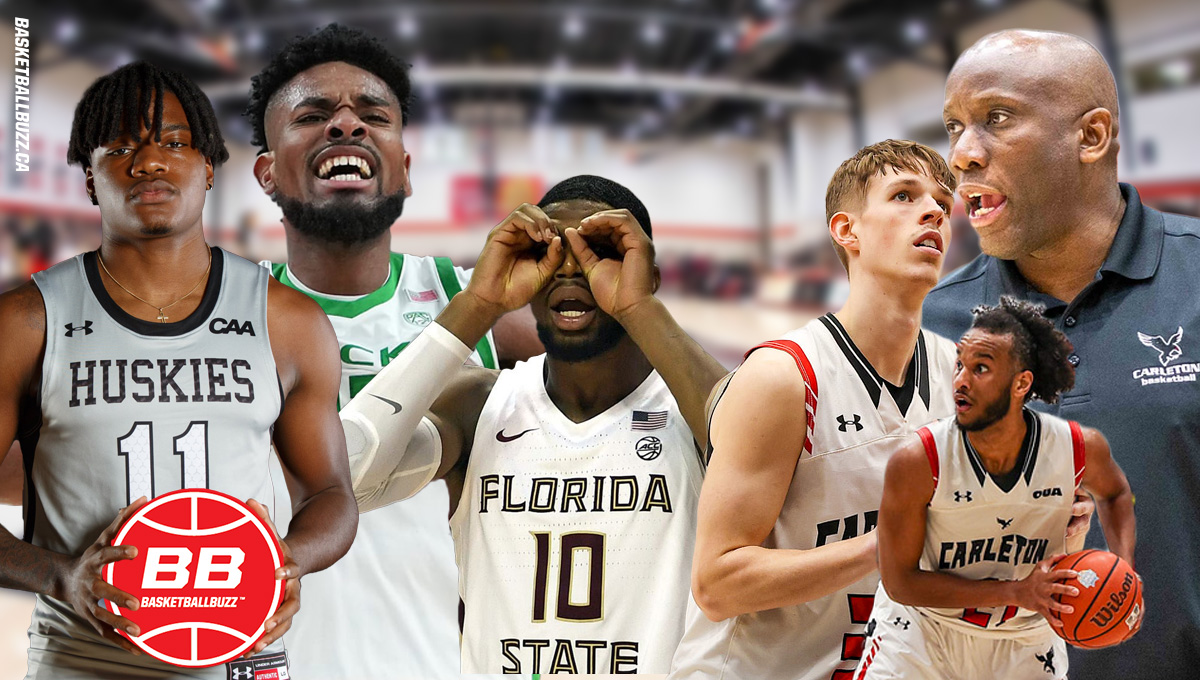 The Carleton Ravens have loaded-up their slate of games against NCAA competition with a heavyweight 2022 exhibition schedule.

In addition to their previously announced August 13th, nationally televised game against the Kentucky Wildcats in Nassau, Bahamas.

The sixteen-time U Sports national basketball champions will put their winning home record (39-25) versus NCAA schools on the line as the Ravens host the Northeastern Huskies, (August 6, 2022), Florida State Seminoles (August 8) and the Oregon Ducks (August 23) at the Ravens Nest in Ottawa.

Only John Calipari and the Kentucky Wildcats have sent more Canadians to the league, with five players.

Continuing the tradition, the 2022-23 Oregon Ducks roster will include two of the most interesting Canadian prospects in the upcoming NCAA college basketball season.

Senior forward Quincy Guerrier (Montreal, Que.) and incoming junior transfer Keeshawn Barthelemy (Montreal, Que) are expected to be key contributors to the Ducks success. Both players are coming off strong showings at the inaugural 2022 U23 GLOBL Jam.

Oregon will also to travel to Toronto and Montreal for a game against Toronto Metropolitan University (TMU) and a match-up against McGill.

Head coach Leonard Hamilton has turned Tallahassee, Florida into an NBA factory. Under the guidance of Hamilton, the Seminoles have produced over ten (10) NBA players NBA since taking over the head coaching duties in 2002.

Must Read:
Ionescu Arrives In A Mamba Jersey. Leaves With A Game Winner Like Taurasi

Northeastern is once again expected to have the most Canadians on a NCAA basketball team. Six-foot-seven junior guard Jahmyl Telfort (Montreal, Que.) will lead a total of four players from the north. Coming off of a much improved sophomore campaign, Telfort is in line for a big third season in the Colonial Athletic Association (CAA).

Vying for their fourth straight national title, the rebuilding Carleton Ravens have announced a total of seven new recruits from across the country.

The Ravens will be in tough against their toughest non-conference NCAA schedule since the men’s program began playing NCAA teams in 1999.