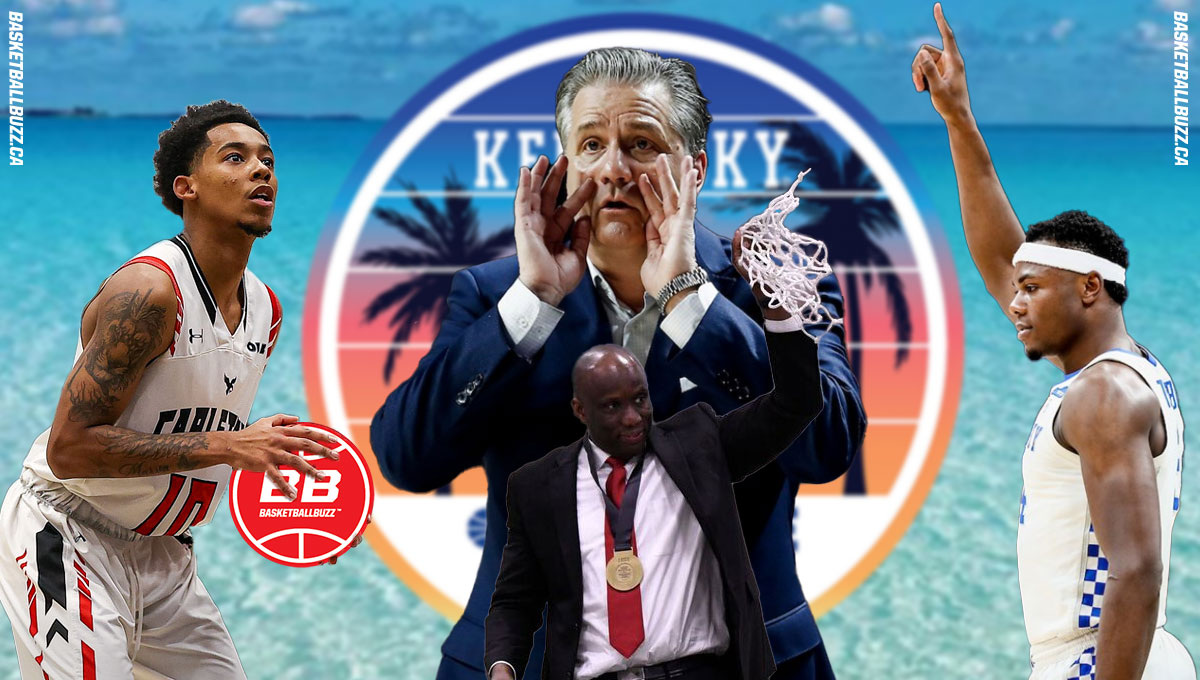 The 16-time U Sports basketball national champions Carleton Ravens have landed their most prestigious NCAA match-up to date when they take on the Kentucky Wildcats on August 13th 2022 at the Big Blue Bahamas Tour at the Baha Mar in Nassau, Bahamas.

Running from August 8-14, the tournament will see the Wildcats return to the Bahamas to play four games starting on August 10th against the Dominican Republic’s U22 team followed by a match-up versus Tec de Monterey, a U23 Mexican collegiate team which features members of the national program.

A rest day in between will allow players to enjoy the beautiful, world-class resort before teams return to action.

The Wildcats will conclude their 2022 foreign basketball tour with a highly anticipated match-up with the Ravens on August 13th and will wrap it up with a tilt against the Bahamas senior men’s national team the following day.

At the head coach helm since 2009, Calipari has built, arguably, the most successful Canadian NBA pipeline. The three-time naismirh Coach of the year is responsible for recruiting and developing the likes of Jamal Murray (Denver Nuggets), Shai Gilgeous Alexander (Oklahoma City Thunder), Trey Lyles (Sacramento Kings), Mychal Mulder and most recently top freshman Shaedon Sharpe, a lottery pick in the upcoming NBA 2022 Draft.

It will be a new look for the Raven’s starting line-up with four high impact senior players graduating. The dynamic starting back court of Lloyd Pandi and Alain Louis have decided to close out their U Sports basketball careers, opting to turn pro and capitalize on their championship pedigree.

Pandi (14.1 points, 7.5 rebounds) became the first Ravens player to declare for the NBA Draft and is currently training in Las Vegas. Louis (13.4 points, 3.9 rebounds, 5.2 assists) has signed and is flourishing with the expansion Montreal Alliance of the Canadian Elite Basketball League. Carleton will also be losing the services of six-foot-ten forward Grant Sheppard and former NCAA transfer Cordell Viera.

Kentucky returns Oscar Tshiebwe, the 2021-22 national player of the year and the top rebounder in the country with 15.1 rebounds per game. A strong recruiting class includes two McDonald’s All-American’s and top-10 signees, Chris Livingston and Cason Wallace.

Beginning in 1999 with legendary head coach Dave Smart, the Ravens have played a total of 97 games versus NCAA division I teams, compiling a respectable 43-54 record mostly against mid-major schools and top five power conference teams.

Carleton defeated the Providence Friars 77-67 in October 2017 for their only victory over a NCAA division I team in games played in the United States.