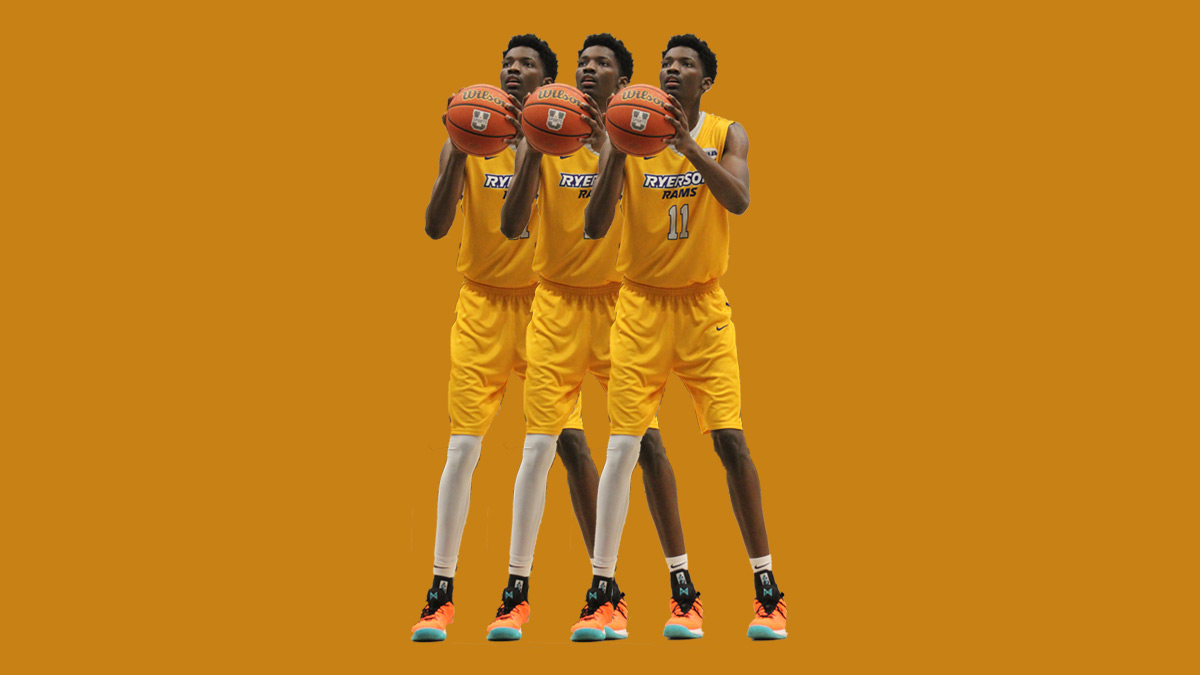 The NBA dream is alive and well for Tanor Ngom.

Three years since arriving in Toronto, Canada after being discovered by former Ryerson head coach and current Sacramento Kings assistant Roy Rana, the seven-foot-two center from Dakar, Senegal is ready to take the next step towards achieving his ultimate goal of the playing in the NBA.

Ngom will make the unusual leap from U Sports to the NCAA, taking his game to the Florida State Seminoles and arguably the best college basketball conference in America (ACC) by way of a Grant in Aid to Play opportunity that covers tuition, books and accommodations.

The athletic center with a 7’5.5 wingspan will enter the NCAA as senior after having played three years in Canada and will provide immediate shot-blocking ability and rim protection for a Seminoles team that was forced to cut short an outstanding 2019-20 Covid-19 shortened season that concluded with Florida State ranked fourth on the final AP Pool, after a 25-6 win-loss record.

Ngom had his best campaign as a junior averaging a double-double of 16.7 points, 11.5 rebounds in 16 games. Alongside a reasonable array of post-moves the big men has the ability to knock down the mid-range shot and is not afraid to let fly from downtown.

“Tanor is a great fit for our team in so many ways,” said Head Coach Leonard Hamilton. “He is quick and long which gives him the ability to block shots while guarding players in the paint and out towards the perimeter. He has a nice shooting touch and can get to the rim on offense. He has really improved his game while at Ryerson.”

Must Read:
Lakers Finally Get Anthony Davis. But At What Cost?

“I can’t wait to get to work with Coach Hamilton and the Seminoles,” said Ngom. “Florida State is a great program and I’m humbled at the opportunity to become a part of the program.”

The twenty-two year old Ngom was one two U Sports basketball players to declared for the NBA draft in 2019 and received solid reviews following his workouts with the Toronto Raptors, Denver Nuggets and the Atlanta Hawks.

Former U Sports captain with the UBC Thunderbirds and current Raptors 905 head coach Jama Mahalela led the workout and came away impressed by Ngom’s ability to compete with high level talent.

“I think, you know, we weren’t sure what he would look like versus sort of like high-level talent, and bigs, and space, and speed, and force,” Mahlalela said, “and I thought he really held his own. He looked very comfortable out there.”

Mahlalela added, “And then his frame, I think is a real long, lanky frame that there’s a lot of potential there, so I think as a coaching staff we’re definitely pleasantly pleased with what he brought to the table.”

Furthermore, the towering Senegalese center participated in the invite-only 2019 Nike Elite Skills Academy — becoming the first player from a U Sports basketball program to be selected. The Nike Skills Academy brings together the top 30 prospects across the United States of America.