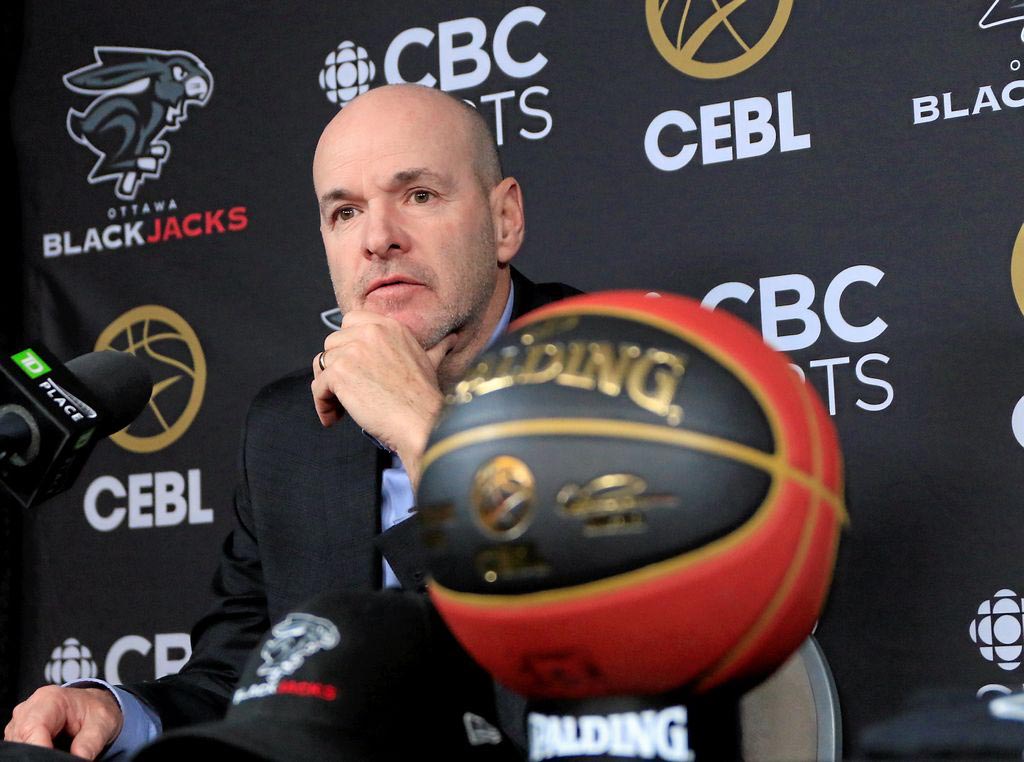 It was only a matter of time for Dave Smart to get back in the game.

Bored and tired of beating up and winning championships at the Canadian U Sports basketball level — Smart shocked the nation by announcing his coaching retirement a week after winning his 14th title in 19 years with the Carleton Ravens.

Now, nine months after walking way from the coaching bench, Smart will take on a new challenge in the role of General Manager with the upstart Ottawa BlackJacks franchise of the Canadian Elite Basketball League (CEBL).

When it was announced that the City of Ottawa was awarded a professional basketball team less than month ago — many pointed and wondered to what capacity the sure-shot future Canadian Basketball hall-famer would have with the organization. After all, you don’t just walk into one of Canada’s biggest basketball markets and set-up a franchise without consulting with, and getting the blessing of one of the games’ sharpest minds.

With the BlackJacks, Smart will take on a executive role with club, and much like his current leadership position with the Carleton Ravens — he will be responsible for the day-to-day basketball operations of the CEBL’s 7th franchise.

“Creating a professional basketball program is an exciting challenge. Our city and the thousands of basketball fans deserve a team. I am honoured to be the first general manager in franchise history and look forward to seeing many familiar faces represent the Ottawa BlackJacks as the season unfolds. I am thankful to Carleton University for allowing me to accept this opportunity while continuing my role with the university.” stated Smart at a press conference at the TD Place, the of home the BlackJacks.

With his roots firmly cemented in the Ottawa basketball region since the mid 1990’s and a unprecedented dynasty and winning culture — which he built from scratch less than five kilometers from TD Place at Carleton University. It’s early days in the new venture, but it’s fair to say that the BlackJacks have made their first smart decision towards establishing the team as a potential powerhouse in Canada’s Elite Basketball League.

“The Ottawa BlackJacks welcome the most successful basketball leader in Canada. Throughout his illustrious career, Dave Smart has developed a basketball program that is the envy of university sport throughout the world. Dave will help create a winning environment in Ottawa as we build together the foundation of this franchise. The professional basketball landscape is filled with alumni of Dave Smart and the Carleton Ravens. We thank Carleton University for their commitment to the community. There is no better person to orchestrate a winning team. As the BlackJacks strive to be champions in the community and on the court, we just took the best first step.” added Michael Cvitkovic, Interim President of the BlackJacks.

With the season just five months away the team has quite a bit of work to do as it gets set to kick-off it’s inaugural game on road against the Niagara River Lions on May 7, 2020. The home-opener is set for a week later on May 14th against the Hamilton Honey Badgers.