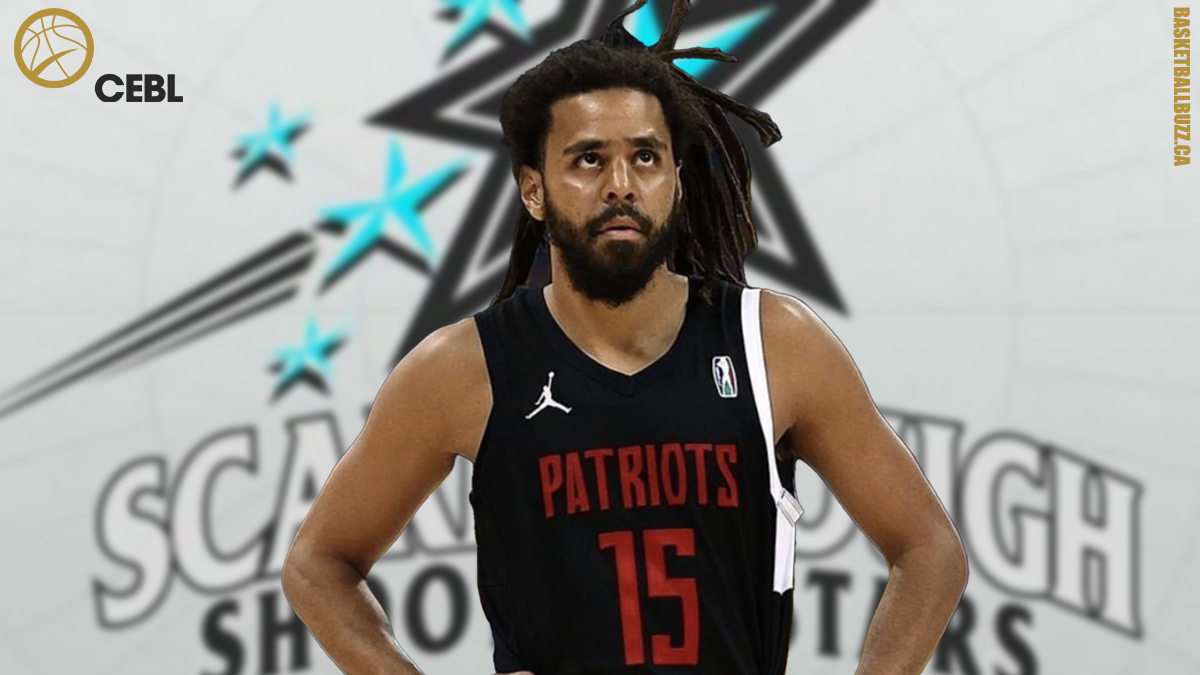 Talk about shooting for the stars.

The Scarborough Shooting Stars, the eighth franchise of the Canadian Elite Basketball League (CEBL) have announced the signing of hip-hop mega star J. Cole to a contract for the upcoming 2022 season.

Jermaine Cole aka J. Cole shocked the basketball and hip-hop world when he made his professional basketball debut with the Rwanda Patriots BBC of the Basketball Africa League (BAL) in 2021.

In three games with the Patriots, the Dreamville, multi-platinum recording artist averaged 1.7 points, 1.7 rebounds and 1.0 assists before returning to the United States.

Publicity stunts and media attention aside, some in the industry view Cole’s late foray into professional basketball as somewhat disrespectful.

American basketball player Terrell Stoglin, a former Maryland Terrapins standout who became the first player to score 40 points in the young history of the BAL took objection to Cole’s signing with the Patriots.

“For a guy who has so much money and has another career to just come here and average, like, one point a game and still get glorified is very disrespectful to the game. It’s disrespectful to the ones who sacrificed their whole lives for this.” — Stoglin let loose like one of his three-point shots while playing for Morocco’s AS Sale.

Cole, a 37-year-old, six-foot-three guard is no stranger to the game, he grew-up playing high school basketball at Terry Sanford High School in North Carolina. As a walk-on college sophomore, Cole nearly made the St. John’s Storm basketball team before embarking on an illustrious and lucrative music career.

Founded by Nicholas “Niko” Carino and Sam Ibrahim, the Shooting Stars, reveled as the eight franchise of the four-year-old Canadian basketball league, is the only CEBL franchise independently owned. The additional nine franchises are all owned and operated by the league.

Carino, alongside Drake, is one of the founding members of OVO (Octobers Very Own) and Ibrahim is a partner of the Playground Global basketball complex.

The franchise has been making off-season major moves head of its inaugural season with the hiring of Canadian basketball legend Jamaal Magloire as the Vice President and senior advisor. Magloire played 13 seasons in the NBA and is one of only three (Steve Nash, Andrew Wiggins) Canadians to be named an NBA all-star.

The signing of J. Cole to the Shooting Stars is expected to be a major boost to both the team and the league. Demand for Shooting Stars has increased tenfold with ticket prices skyrocketing to over $550 dollars for tickets at the Toronto Pan Am Sports Centre.

Other teams are also seeing an increase in ticket sales as Canadian basketball and hip-hop fans look to get an on-court glimpse of one of the best hip-hop artists of all-time.

Playing their first three games on the road, the Shooting Stars will make their CEBL debut on May 26th in a tilt against the Guelph Nighthawks.

They will take on the upstart Montreal Alliance and the Ottawa Blackjacks before travelling back west on highway 401 for what is expected to be an exciting home opener against the Hamilton Honey Badgers on Saturday, June 4th.

The Shooting Stars will be led by Head Coach Chris Exilus a former NCAA player at West Virginia and DePaul. The roster features a combination of former Canadian NCAA players and U Sports basketball standouts.

Must Read:
Canada Basketball and CEBL proving to be a ‘perfect match’

The CEBL will play a record 100 regular season games this season. Each team will tally a total of 20 contests, split across 10 home and road games.

J Cole is expected to kick off his long awaited The Off-Season tour on June 10 at Citi Field in New York City.