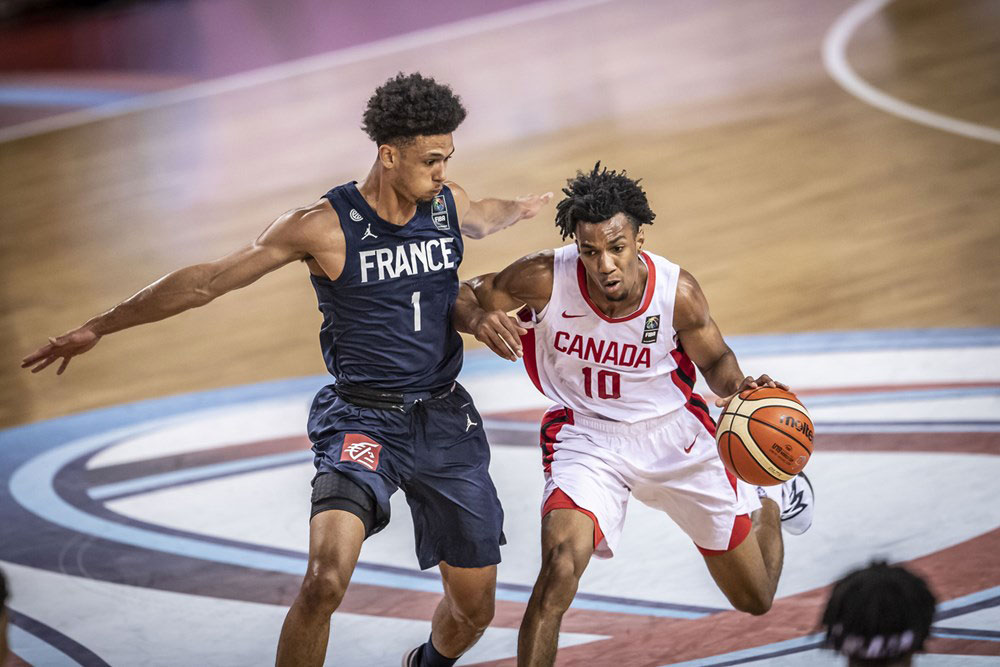 In a rematch of the 2017 World Cup quarter-final, defending U19 FIBA world champions Canada struggled to contain a tough french national team — losing a close 85-80 decision to France to bow out of medal contention at the 2019 FIBA U19 World Cup in Heraklion, Greece.

France, looking to avenge their close 73-67 loss from two years ago came out the aggressors, dominating the offensive glass with easy put backs and making it tough for Canada to find any rhythm on the offensive side. France 25-19 had Canada on the ropes with two late bonus free-throws but a controversial buzzer-beating three-pointer by Damion Squire with one second left cut the lead to 25-22 after the first 10 minutes.

France maintained their composure despite the unavailability of video replay and built an 11-point advantage with a 37-26 lead. Canada stayed aggressive by attacking the rim, converting on multiple dun attempts and late lay-up by Joel brown cut the half-time lead at 47-44.

Canada turned up the pressure in the three-quarter and slowed down the tempo of the game and stayed within striking distance and trailed by four at the end of the 3rd quarter.

Tyrese Samuel (14 points, 8 rebounds) sparked a game-changing 8-0 Canadian run to give Canada its first lead of the game and turn a 65-61 three-quarter deficit into a five point 69-65 on back-to-back triples. A big one hand-dunk from AJ Lawson seemed to have stolen the momentum put Canada ahead 71-67 with 6:00 left

However, Canada failed to hang-on as France surged back with a 7-0 run to take the lead for good and win the game.

France’s shooting Joel Ayayi (Gonzaga Bulldogs) had a game-high 25 points, 7 assists and 8 rebounds. Babacar Niasse had 17 points, 5 rebounds and Karlton Dimanche were instrumental the in the win.