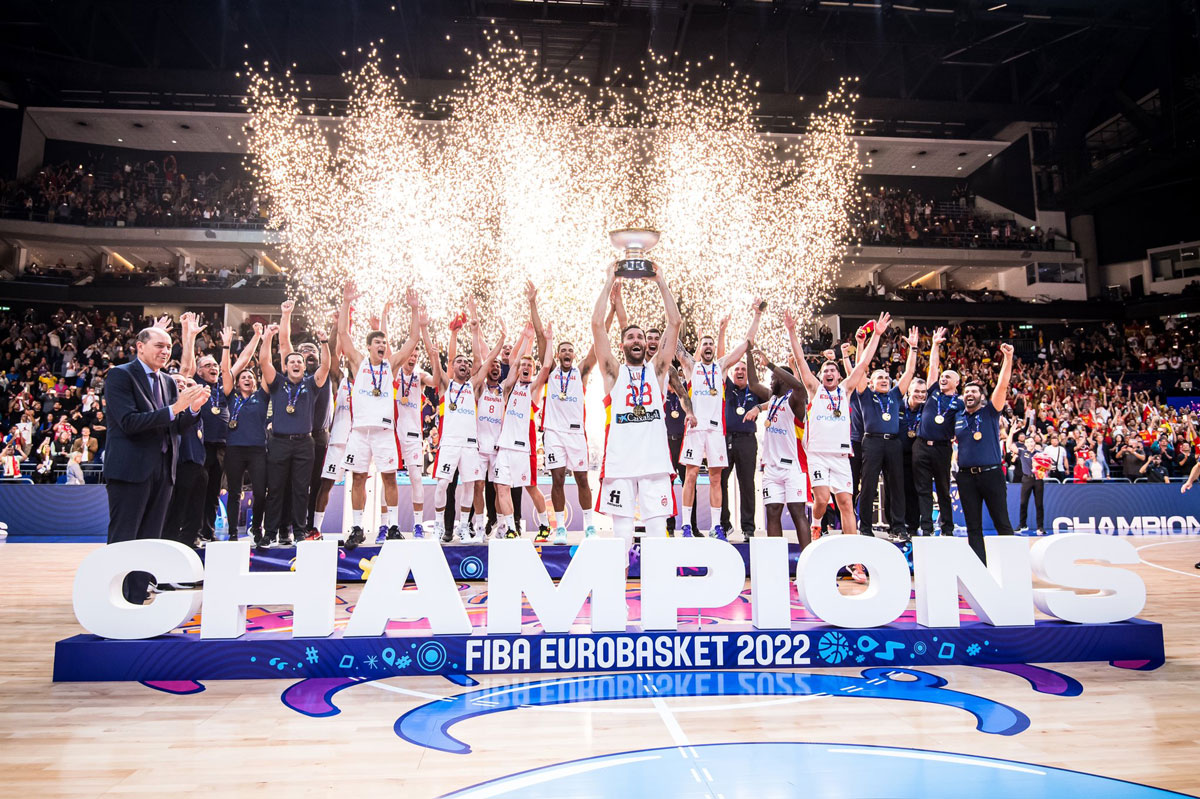 One of Green Day’s biggest hits tells us, ‘Wake Me Up When September Ends’.

But no one will have wanted to miss this ninth wonder of a month.

Yes, the new NBA season is just around the corner like Christmas, this fall.

Yet what a summer schedule of Wilson’s flicking through nylon we’ve had to tide us over with in the meantime.

From one of the greatest WNBA seasons in its more than a quarter-century history, to a EuroBasket tournament that has shown us where the majority of world basketball talent resides.

Both finals played out today, and as sad as it is to say goodbye, what an epic end.

From Las Vegas acing the Sun, to a powerhouse of European basketball continuing their continent dominance, like no other.

The San Antonio Spurs? Golden State Warriors? It’s impossible to compare the country of Spain to any club. Because no NBA franchise has had a reign this long. Even the Lakers and the Celtics took multiple seasons off. Closing their contention windows, before opening then back up with drafts and trades.

Sure, the Gasol brothers and many more iconic Spanish stars said sayonara in Tokyo, after the Olympics, but that’s only let more young bulls charge. Pau posting and watching from home couldn’t be prouder of the new Hernangomez brotherhood. Adam Sandler too.

Because from a Netflix movie to the world’s stage for FIBA, Bo Cruz has really shown great ‘Hustle’. But the real deal, Juancho Hernangomez (of our own Toronto Raptors), led the way with 27 points, five rebounds, two steals and one assist. His Pelican playing brother, Willy Hernangomez? 14 points and eight rebounds. A better combination than the safes in Fort Knox.

Spain finished with an 8-1 record with this 88-76 victory over France and the Stifle Tower of Rudy Gobert. Make that four EuroBasket gold medals for Spain and their first since 2015. Sure, it’s been a minute, but rich red and yellow have never lost their mark and how they make it.

Must Read:
Canada draws Group A for 2011 FIBA Americas in Argentina

Like gassed up Gasol’s, there’s no sibling rivalry between the Spanish Hernangomez brothers. Juancho may have stuffed stats in the final game, but Willy leaves EuroBasket with the 2022 TISSOT MVP.

New York Knick Evan Fournier (23 points, three rebounds and two assists) and new Minnesota Timberwolves defensive centre Gobert (six points, six rebounds and an assist), kept the red, white and blue of Europe in it. But Spain stuck around longer than Rudy Fernandez in the end.

What more could you expect from the side that in 32 EuroBasket’s have six silver and four bronze medals to go along with those golds? Not far from half. For the majority of these tourneys, Spain has been a presence.

EuroBasket really brought the noise, this year. With so many stories. Monster performances from the Greek Freak to the Joker. To many more making their names for themselves. Even Dennis Schröder got that contract back with the Lakers that he wanted, after an outstanding outing. Albeit with a little less Euros on the dotted line.

Next up, it’s back to Tokyo, Japan for the start of the preseason, as the champion Steph Curry led Golden State Warriors take on the rising son of the Far East, Rui Hachimura and his Washington Wizards in a double-header sell out.

After today, we say “night, night” to the European championships.