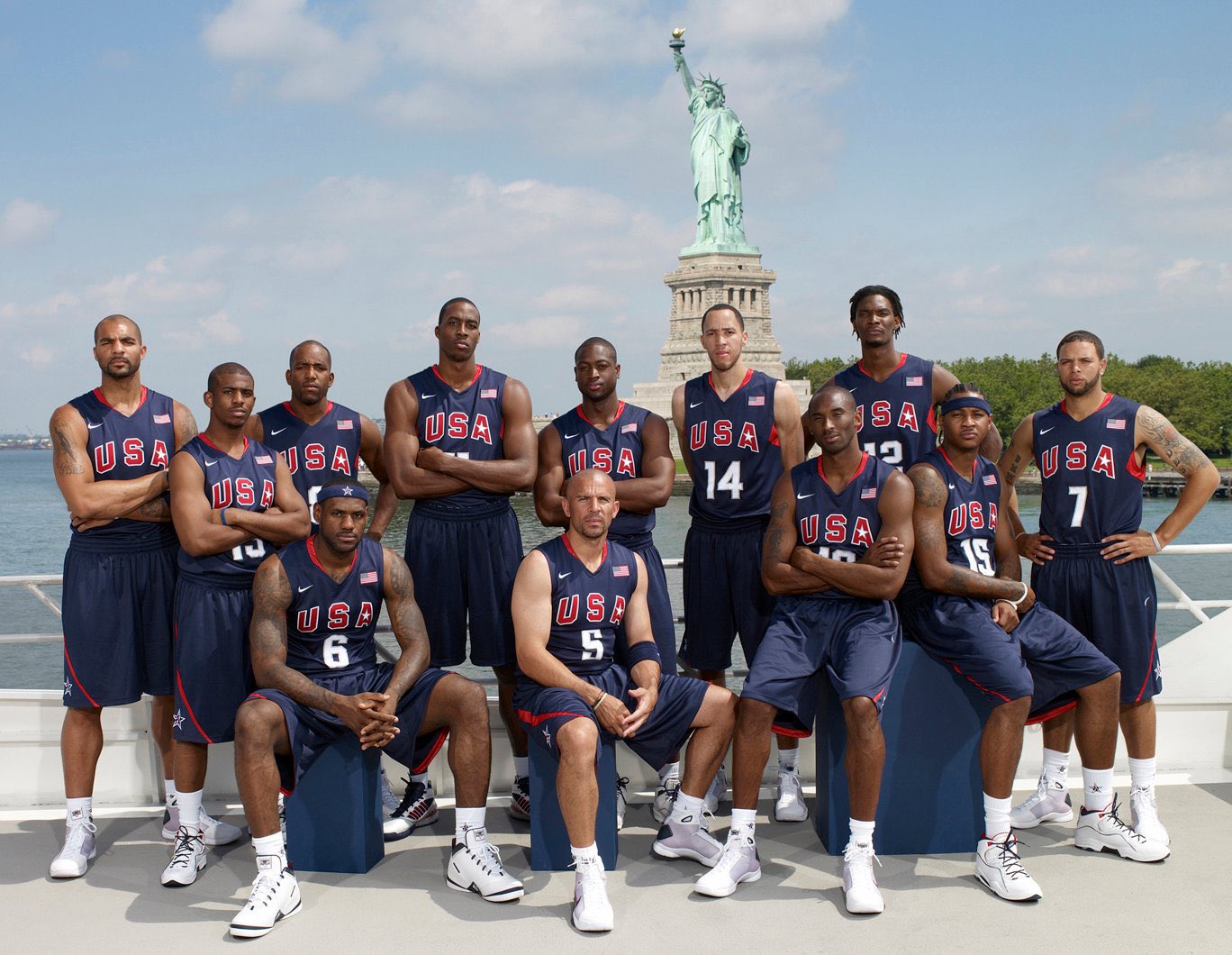 It was all a redeem.

2008, the state of basketball was great. Players like LeBron James, Dwyane Wade and the late, legendary Kobe Bryant were all in their prime. Chris Paul, Carmelo Anthony, Dwight Howard too. The international game, on the other hand, left a lot more to be desired.

The USA men’s basketball team history in Olympic and FIBA competition will always lie on the foundation of a rocky road. Their path to glory, not as clear as the women, who have just done it in sports domination for as long as Nike.

They didn’t even send NBA players to the games for a long while. Then, there was the controversy with the Soviets in 1972, who put seconds back on the clock to win the game. Just after Doug Collins thought he clinched the gold for his country with a clutch free-throw.

In 1992, the world woke up. Michael Jordan, Magic Johnson, Larry Bird. Dreams sketched in Spain. Team USA took over with ‘The Dream Team’ like the break was over. After that, the whole watching world invested in the NBA with revenue that pays off to this day (see, the current Global Games fixtures).

You can’t live your wildest dreams without a nightmare or two, though.

Carlos Arroyo was the monster hiding under America’s bed, almost a decade later.

Puerto Rico showed the US that hoops revolved on a world axis, defeating them handily in 2004. Argentina did the same, en route to the gold. America left the Olympic home of Athens, Greece with a commiseration consolation bronze.

Clearly, something had to be done.

In stepped Hall of Famer’s Jerry Colangelo as the new director of USA Basketball. The Duke legend Mike Krzyzewski, too, succeeding Larry Brown as coach.

Commitments over the years were demanded, gold wasn’t guaranteed. Yet, it seemed written in the stars. King James, D-Wade and ‘Melo spearheaded a team that featured CP3, Howard, Jason Kidd, Chris Bosh, Carlos Boozer (who all give inspired interviews here), Michael Redd, Deron Williams, Tayshaun Prince and of course, the Black Mamba.

On the Spanish side, Pau Gasol gives us an amazing story about his hoops hermano. Co-signed in confirmation by ‘Bron and Wade. Despite the brotherhood, or Kobe coming to visit Gasol’s Spanish team in the Olympic village, Bryant vowed to, “run through Pau’s (cover your children’s ears) chest.” First play of the game, the rest was classic competitive history. Another amazing Mamba Mentality moment. Silencing everyone with a golden clutch finger to the lips.

That, or James leading a chorus of Happy Birthday for Bean highlight many sweet stories for ‘The Redeem Team’. Netflix’s new nostalgic documentary on the Beijing, 2008, Olympic gold winners.

Leaving your eyes anything but dry on the eve of the Lakers ‘Legacy’ documentary series finale that will surely do the same. The streaming service atop the podium when it comes to court content. From their latest ‘Uncut‘ looks, to Adam Sandler’s ‘Hustle’ movie starring Toronto Raptor Juancho Hernangomez.

Executive produced by LeBron James, Maverick Carter (just like ‘Hustle’). Not to mention, Dwyane Wade. ‘The Redeem Team’ film, clocking in at over 90 minutes, gives us an inspired and intimate look at a superstar squad, live from their living rooms.

With all this, fans may wonder why the legendary footage of the team getting their grub on at Wendys before a game is milk carton missing. They have YouTube for that, though.

LBJ told his teammates, at the time, that he always dreamed of playing with them. Now he didn’t have any excuses on his way to win. Coach K also brought the motivation like members of the army, reminding the United States ballplayers what they were playing for.

From newspaper clippings heralding this year’s Hall of Fame headliner Manu Ginobili, placed on players seats. To a look into the future when these young men would become old. Their grandkids sat on their lap, asking if they were the Olympians that lost again.

Fortunately, this will be a story that will be told for generations in reverence instead. Thanks to Netflix’s latest slam dunk, we’re reminded in this world of self back-clapping posturing like social media lives filtered in fabrication, that the greatest tales that serve the best life lessons are ones of redemption.