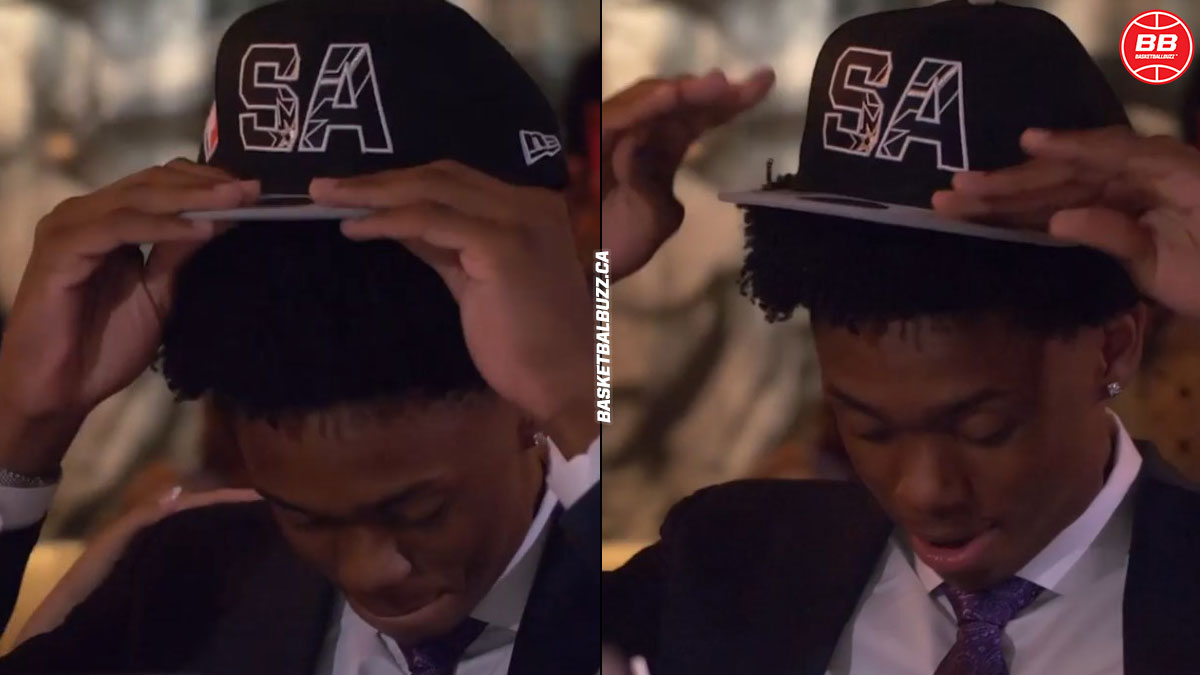 Talk about hitting the lottery.

It’s hard to believe that twenty-four months ago, Joshua Primo was just a regular teenager chasing his dreams of one day potentially playing in the NBA.

Primo, originally part of the graduating high school class of 2021, he should be making decisions about which NCAA college team he would like to attend — instead the 18-year-old guard will be worrying about what type of luxury car to drive and which fine restaurant to dine.

Surprising everybody, and citing inside intel of other teams looking snatch-up the Canadian, the rebuilding Spurs drafted Primo with the No. 12 pick. The six-foot-six guard worked out for a variety of teams, including the Spurs, and had expressed hopes of being selected by San Antonio.

Primo averaged 8.1 points, 3.4 rebounds in 30 games in his lone season with the Alabama Crimson Tide. The freshman knocked down 43.1% percent of his 6.5 shot attempts per game and was an efficient 38.1% percent from the three-pointers.