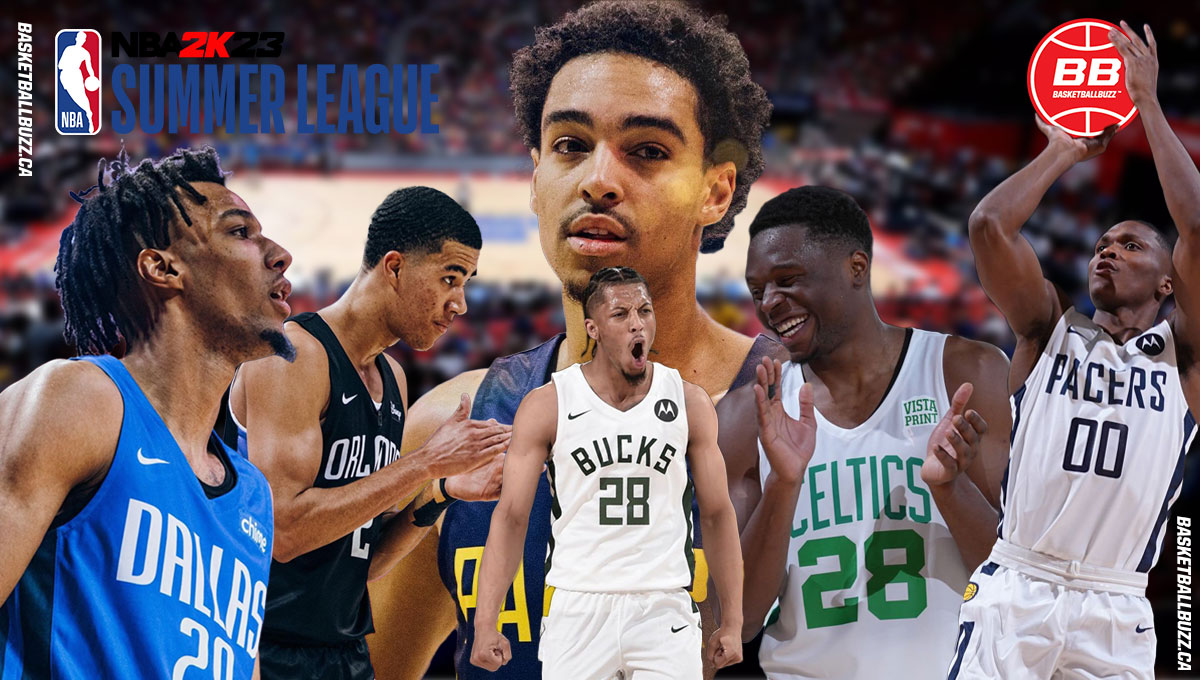 Canadians are off to a blazing start at the 2022 NBA Summer League in Las Vegas.

Former South Carolina guard AJ Lawson (Brampton, Ont.) is finally putting it all together at the right time and is a strong candidate to find a new long term destination. Lawson went off for 28 points on 10-of-16 shooting in the Dallas Maverick’s 100-99 loss to the Chicago Bulls.

Indiana Pacers rookie Bennedict Mathurin (Montreal, Que.) announced his arrival and his intentions to win NBA rookie of the year with an impressive 23-point summer league debut in the win over the Charlotte Hornets.

Keep up with all the action with BasketballBuzz’s 2022 Canadian NBA Summer league stats tracker.