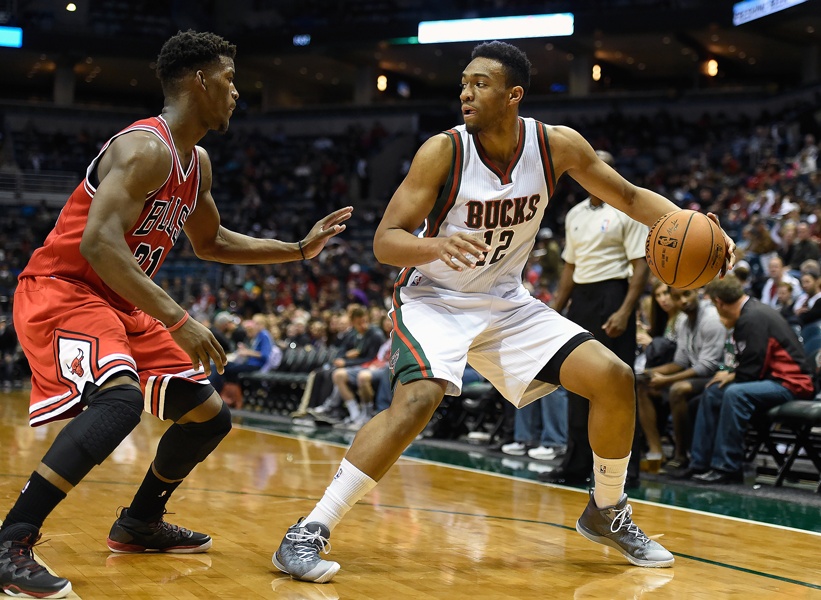 The Buck Stops Here! Milwaukee’s Jabari Parker Out For The Season With A Torn ACL

Talk about the rookie wall!

First the Los Angeles Lakers lose their future franchise face, top pick and hope for the season after Julius Randle broke his leg in his debut and now this.

The Milwaukee Bucks have lost their new star and 2nd pick in the draft Jabari Parker for what remains of their 82 games.

A leading candidate for ‘Rookie Of The Year’ honours, J.P. averaged 12.3 points and 5.5 rebounds per 29.5 minutes a game, helping Milwaukee to a 13-12 start. Now with him on the chilling list, the question remains, will the Bucks be able to afford a playoff spot?

It hadn’t been this exciting in Milwaukee since the big three of Ray Allen, Glenn Robinson and Sam Cassell. Still, now this stud has tore an ACL in his left knee, this young talent has been cautiously shut down for the regular season. So long as some tanking for a new partner doesn’t come next, the Bucks could still make the big dance without a full-card and deck.

The 19-year-old Duke standout who started the season with a couple of double-doubles knows his team has his back. Guys like Brandon Knight, O.J. Mayo and Giannis Antetokounmpo will pick up the slack. Still attention from Milwaukee now shifts to Minnesota as young star Andrew Wiggins will continue to show and prove that not only should he have not been traded by Cleveland, but that he also deserved his selection over Jabari.

From now on its all about looking after number one.