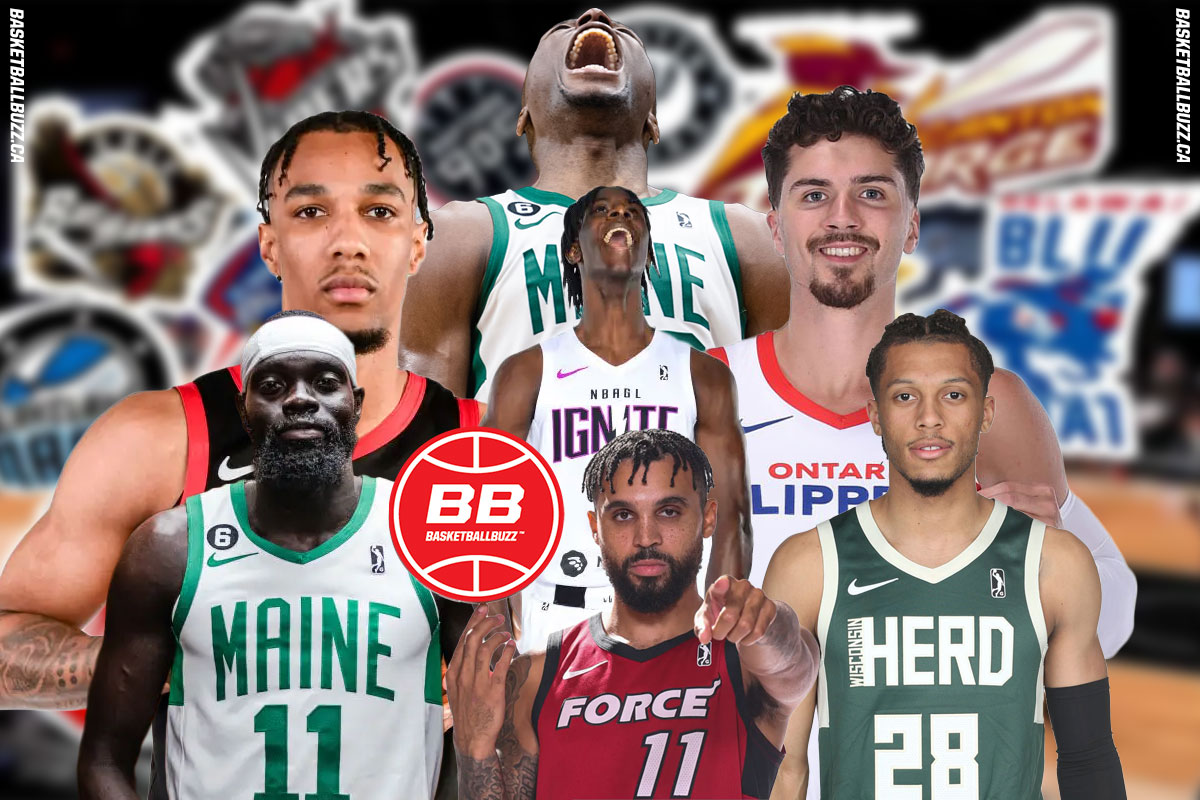 The evolution of NBA G league has been something to marvel. What started out as a minor eight team venture has blown-up into a true developmental league. A total of thirty teams across the United States and two international franchises, one in Canada and the other in Mexico.

Some of the most notable changes in recent memory include the addition of the Raptors 905 in 2015, NBA G League Ignite team in 2017 and most recently the creation of the Showcase cup.

All of these changes have already made a tremendous impact on the league. The Raptors 905 have paved the way for countless Canadians to step closer to their basketball dream and the team and has been a key developmental part for the Raptors and players like Pascal Siakam, Fred VanVleet and Chris Boucher.

Based in Henderson, Nevada and comprised of the top NBA prospects, the G League Ignite is the NBA’s answer to providing an alternative route to NCAA college basketball.

The Showcase Cup, introduced in 2021 is another great way to increase the buzz around the league and give players, coaches more opportunities to develop by playing more meaningful games.

Keeping-up with the overall theme of Canadians in the NBA, a record twenty-two Canadian basketball players and two coaches were on opening day’s rosters across G League teams. That number was eventually trimmed down to 16 players who played in the 2022 Showcase Cup.

Stauskas, briefly revived his NBA career when he went on a ridiculous hot “sauce castillo” streak that culminated with a career-high 57 points and a contract with the Boston Celtics.

Wigginton, signed an Exhibit 10 contract and appeared in 19 games with the Milwaukee Bucks.

For years, it has been all about the development of the players, but now the G league is also providing an opportunity for Canadian coaches to learn from some of the best thinkers in the business.

Scott Morrison, a former UPEI Panthers guard turned Lakehead Thunderwolves coach, is the head coach with the Salt Lake City All-stars. Well known for assisting others, one of the few positives of the Steve Nash, Brooklyn Nets coaching era, was the assist he threw to former Canadian national teammate Shawn Swords.

Swords (Ottawa, Ont.), a former Olympian on the 2000 Sydney Olympics squad that finished seventh, was a second team UPORTS All-Canadian basketball player with the Laurentian Voyageurs (1992-97) who also spent fifteen seasons (2007-2022) guiding the program as a bench boss.

Nash, looking to pay it forward, invited Swords as guest coach during the Brooklyn Nets 2022 NBA Summer League. The opportunity later translated into an impossible to turn-down assistant coach gig with the Long Island Nets.

One of the best feel good stories of 2022 has to be “The rise of Leonard Miller”. That sure sounds like a good documentary title, and, if, things go according to plan we might just one day get the full story on the big screen.

A trailblazer for his unique path, his decision to pass up on the likes of Kentucky, Arizona, Alabama, Kansas, Gonzaga is expected to have a ripple effect as future “top” Canadian prospects explore the proposition to develop in the G League while earning a cool half-a-million dollars instead of playing college basketball and collecting Name, Image, Likeness (NIL) money.

In the words of the late great Nipsey Hussle. “How long ‘til opportunity meet preparation.” “How long should I stay dedicated?” Three years removed from one of the best scoring NCAA seasons by a Canadian, the undrafted Bedford, Nova Scotia native is still chasing his NBA dream.

Must Read:
Nik Stauskas career-high 57 points, most by a Canadian in G League history

They say every team “needs a shooter”, well if that is the case, then Nate Darling should be getting more NBA minutes.

A similar comparison can be made to Mychal Mulder, who, although, hasn’t found a permanent NBA home, he has parlayed his shooting prowess into 84 career NBA games. Including runs with the splash brothers in Golden State. More importantly, a decent amount of money by signing a variety of ten-day, exhibit 10 and two-way contracts.

Now in his second G League stint, Darling is turning heads. He teamed-up with Xavier Moon, a former Canadian Elite basketball League (CEBL) three-time MVP, to lift the No. 4 Ontario Clippers to a 99-97 victory over the No. 7 Windy City Bulls and take home the 2022 Showcase Cup.