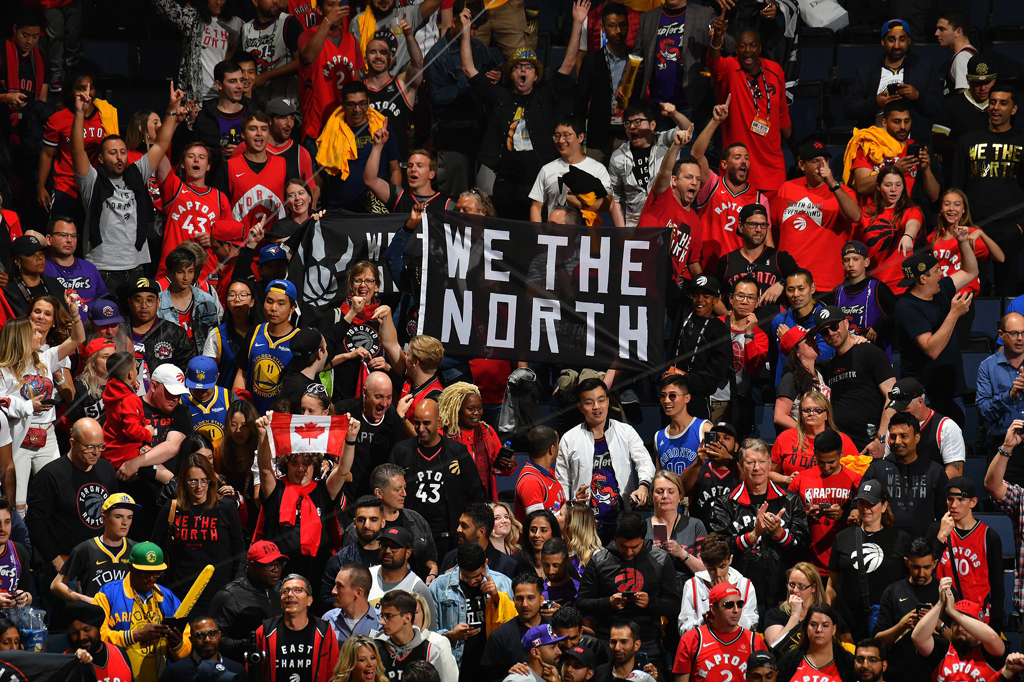 After a long 24 years — one game, 48 minutes is all that stands in the way of the Toronto Raptors first historic NBA championship.

“Just gotta be patient with it. You know. We were two games, four-games — it doesn’t matter until you get that fourth win.” You know, we just have to stay confident in ourselves, be patient, don’t try to rush things and see how it plays out” — stoically expressed Kawhi Leonard post game.

Indeed, patience and an overjoy of excitement will be running through the veins of professional basketball’s most rabid and rapidly growing #WeTheNorth fan base after Jurassic park walked into the bay area and potentially dismantlement the bridge that connected Golden State to five straight championship appearances –pulling off a massive 105-92 game 4 road win to take a commanding 3-1 series lead over the Warriors in the 2019 NBA Finals.

Kawhi Leonard continued his torrid and historic postseason run with another dominate effort, carving up the Warriors for a game-high 36 points, 12 rebounds double-double. Leonard carried the offense early on, scoring 14 of the Raptors’ 17 first-quarter points, helping Toronto fight-off a sluggish start — withstanding the Warriors initial punch as they trailed 23-17.

Leonard added 4 steals, 2 assists and one block in 41 minutes of MVP-like body of work and was 11-of-22 shooting, including a scorching and desperately needed 5-of-9 from downtown.

The Warriors once gain failed to match Serge Ibaka’s energy off the bench as he ignited Toronto in the second quarter to trim a 12-point first-half deficit to four points in a low scoring first-half with a 46-42 Warriors advantage.

Raptors’ head coach Nick Nurse continued to experiment with his line-up and play-calling, opting for a double point-guard line-up — inserting Fred VanVleet to start the second-half to grease the offensive wheels.

Leonard quickly silenced any thoughts of a Warriors’ patent, trademark third-quarter run by knocking down back-to-back triples to give the Raptors’ a 48-46 with less then a minute played in the third-quarter.

The two teams exchanged leads until Serge Ibaka broke open a 61-61 tie with a blocked a shot on the defensive end and trailed the play to buried his first triple of the playoffs as the Raptors went ahead 64-61 and extended the lead to 71-63 on a 17-foot jump-shot by Ibaka.

VanVleet racked-up five assists in the quarter as Toronto responded by outscoring Golden State 37-21 (16 points) to not only take complete control of the game and the series but pretty much guarantee (92%) that the Larry O’Brien trophy is finally coming home to Canada.