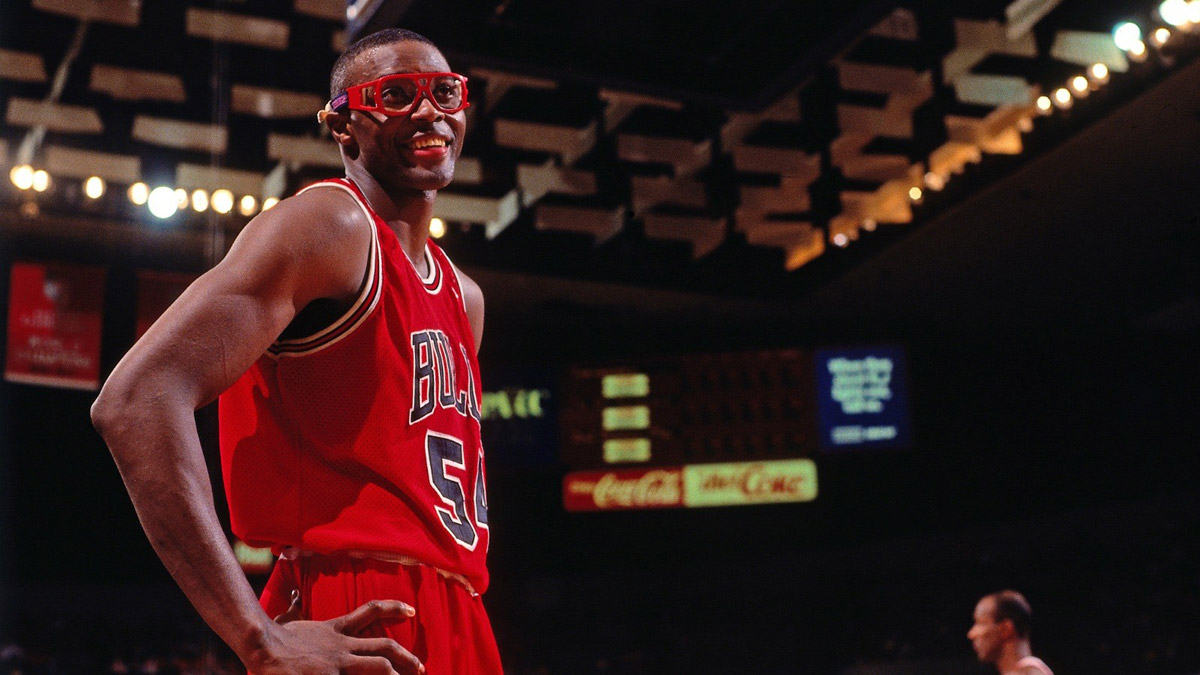 ‘It’s All About The Benjamins’, screamed P. Diddy with an added ‘baby’ when Sean John Combs went by the government rap name of Puff Daddy with his ‘Now Way Out’ family of Mase, Lil’ Kim and The Lox for their monster 90’s hit of the same name.

In that day and golden era age he may as well have been talking about Money Mike Jordan, even though he and his team where outfielded in baseball uniforms in the video…besides it wouldn’t be long before Michael would be donning the same sort of sporting, swinging attire himself.

You see when Puff Daddy was ruling the charts, Michael Jordan was ruling the rim in this generations decade of gold in the entertainment world. Before today’s Money Mayweather, it was the pound, for pound, knockout greatest sportsmen of all-time Michael Jordan who had dollar signs before and after his name. Still between the sidekick of Scottie Pippen and the sideshow of Dennis Rodman it wasn’t just about him for the legendary Phil Jackson, Zen led Chicago Bulls six-peating dynasty.

There was the flair of European import Toni Kukoc and the three-point purity of Steve Kerr in a team Method Man referenced, abyss deep. Even so-called role players made the entertainment rap sheets, as Diddy (or whoever ghost wrote it) cleverly coined the classic hip-hop line “trying to get my hands on Grants, like Horace”.

“Spaghetti, fettucini, and veal” and all those three course meals it was clearly more than just money or the ballers who where “dippin in the Benz wit the spoilers”. “Everything was real in the field “when it came to the Bulls and the classic beginning of hip-hop and hoops connected lyrics before Diddy’s Lox bandmate Jadakiss ‘Kissed The Game Goodbye’ and said he could sell like Milwaukee Point Guard Sam Cassell.

So ‘Put Your Hands Up’ like Horace Grant did on every defensive move. Check the majority of Jordan posters on your wall, or those ones of the power players of his peers, and you’ll probably see the number 54 and the name Grant, whether on a Chicago Bulls jersey or Orlando Magic one, whether on the defensive or offensive end.

Not to be offensive mind, it wasn’t an insult that you can find Horace on most of these pictures, its a classic compliment. Sure it’s every players nightmare to be famous on the wrong receiving end of a poster (see; Mutombo; Dikembe, ‘finger-wag’) but the image of Horace’s 54 back turned on the defensive end showed he was always there. Do not block oout the fact that one of the greatest defensive players of all-time had more offensive gestures to his game and actually was an All-Star.

Don’t forget-even if the Hall of Fame always does-he helped a lot of guys get there. His number 54 may not be in the rafters (maybe it should be, besides who else do you think of when it comes to that rare pair of digits?) but the banners he helped raise will never come down, like the shots of his weaker opponents.

Google the goggles and you’ll see more than 20/20 80’s 33/42 Los Angeles Laker legends Kareem Abdul-Jabbar and James Worthy. You’ll see the specs of the twin Grant brothers, Harvey and most notably Horace. Like the Outlaw brothers, tough, dominant and resilient in the power prominence of the punctuated paint.

From the swimming goggles all the way to the science teacher, new age specs, Grant looked cool on court for more than his headband and sleeve rivalling attire. He was fitted with a monster frame and formidable game of real, rebounding, Dikemebe dominating like defence and a soft touch and sweet spot of an offensive field goal percentage that would make Shaquille O’Neal proud.

A role playing legend able to do it all so well in the frontcourt that even Daddy took notice of Junior. From the greatest of all-time Michael Jordan to the most dominant ever in Shaquille O’Neal, Horace’s superstar teammates knew how much Grant shouldn’t be taken for granted.

Even Marv Albert adds his trademark “yes” to this dedication. “Collapses on O’Neal, who finds Grant”. A simple commentating from one of the greatest in just a regular season game in an epic three-peat dynasty, but somehow now remembered like all purist plays from the games elite team players showing their roles.

Shaq double teamed, finds Grant who with ageing legs hops with a nice bit of air for the sweet one handed jam, running back down court trademark arm raised showing appreciation to his teammate. Remember that highlight? No?! Well all the scouting reports will tell you it happened all the time, that’s why you probably can’t pinpoint one.

This was clockwork all the way down to the last minutes of his career. A reunion in the post that finally saw golden championship glory in the 2001 NBA Finals, where he helped make sure Jason Kidd’s playing day Nets in New Jersey put their ties back on. Time to smarten up.

Shaq found his Power Forward to centre himself with back in L.A., like his sunny early days in Florida between all the Samaki Walker’s and Mark Madsen’s and after the retiring of two golden era age championship timing A.C. Green (who would have thought it? A.C., two timing?).

Shaq needed someone to start before Robert Horry’s clutch threes would finish games and playoff series’ and Grant was ready to go in for not only his Shaq reunion and Jordan-like one with Kobe, but his one with legendary coach Phil Jackson. Following in the Bulls/Lakers sneaker steps of the likes of Ron Harper and almost Dickie Simpkins, Grant was a true workhorse for the Zen master even though he was so injury prone Jax joked that he needed to be put down during his second Lakers stint backing up a knee crocked Karl Malone in the Detroit death of a dynasty.

There was no turning this guy to glue, however only champagne as he was the defensive teammate bond that sealed championships, a strong steed on this ‘Animal Farm’. Between the Chicago Bulls second three-peat and the middle of the Lakers first, those four ringers on his fingers point to that proof. Still if those defensive digits spiralled around a phone dial back in the day,a new dynasty age may have emerged.

Dwight Howard isn’t the only superman Laker, headed down south who escaped from Disneyworld first. “You know, he (Shaq) called me and I didn’t return his call before he signed with the Lakers. And to this day I wish I had just answered that call, and maybe he would’ve still been in Orlando”, Horace Grant told Bill Simmons in an interview just recently about the time between Shaq and his Orlando Magic’s 1995 Finals appearance and his blockbuster Lakers signing in 1996.

Who knows what would have happened if Horace answered the call, maybe Shaquille O’Neal would have returned the favour. Maybe O’Neal and Grant would have forged a more formidable Duncan/Robinson, ‘twin towers’ like paint partnership in Orlando and along with the first sidekick before Kobe or Wade, in Penny Hardaway give the Magic a Disney dynasty.

Then again there wouldn’t be all those championships in L.A. for Shaquille and then Horace and more players and teams from Kobe Bryant to the Miami Heat would have been directly and indirectly effected. Still, who knows Shaquille may have just been calling to tell his old friend goodbye and besides what’s done is done by the Basketball God’s of hoop heaven and both players for their career won separately with two of Phil Jackson’s biggest teams and then together again for one last swan song with Larry O’Brien.

Nothing changes the fact that between Orlando, Chicago and Los Angeles the terrific teammate of Horace Grant was more than just another name, he was a part of the game that saw all the best attributes in a post player in the post generation of a now bygone big-man age. Not only are centres almost dead and gone in the NBA today but Power Forward Grant’s like Horace (and his Small Forward brother) would be welcome today in the flash and flair league that could use a little more grit and grind of the huge, big man age of inside stuff domination.

Sure Roy Hibbert leads the new age but back in the day these type of players where a dime a dozen…in a good way. There was more than just Georgetown Hoyas like the great Ewing, Mourning and Mutombo back then. Today any of them would dominate.

Dominate like Hakeem Olaujawon did Horace and Shaquille as he dream shook them both to the championship, holding Shaquille O’Neal like a man-child in more than just his press, promotional photo. As the Houston Rockets took off to the championship, Shaq took off to the real ‘Steel’ of Hollywood, but Horace truly hit the blockbuster stage before all this in Jordan’s Chicagoland.

The former Georgian Spartan of Hancock Central and the 10th pick out of Clemson College was a top ten player on this untouchable Chicago team as the Bulls stampeded over everyone. The former ACC Player Of The Year and four time All-Defensive Second Team NBA player spanned a career over three decades and battled many an injury as well as post player.

Although the Magic and more of the Bulls personified his career, he was Supersonic in Seattle and a born again winner and valuable veteran for his retirement parade in Los Angeles. A third scoring option behind Mike and his forward tandem with Pippen, the man who learnt the toughs of his trade under the Bull horn tutoring of tough steer Charles Oakley was an NBA great.

The further you go back the more you wipe off the fog of the goggles and see the legacy, like his brother Harvey, or his nephew Jerai at Clemson and Jerami at Syracuse. Juniors grown up game was known for more than just his wraparound serious safety spectacles.

His defensive, security ones handed a lot over too. You couldn’t get your hands on this Grant when he wrapped his around the peach and decided he wanted the ball, which paid off for his multi-millionaire team mates and ballclubs.

He may not make it on to peoples NBA Mount Rushmore, but he’s been close to the Presidential Basketball best like Washington, Jefferson, Lincoln and Roosevelt. Here’s to it being about more than just the dead president money. To be Franklin Frank, I guess it’s not all about the Benjamins after all.