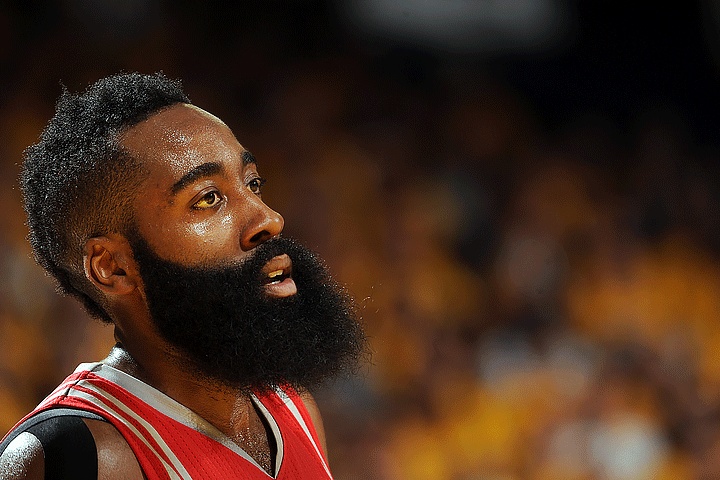 Two years ago, the Rockets were a young team that had yet learned how to win. They shocked the basketball world when they finished the regular season with a 56-26 record, which was good enough for second place in the Western Conference. Houston looked like a team that would play a prominent role into who gets out of the Western Conference playoffs, but they arrived to the party a bit early, and could not handle success.

So, naturally, they got in their own way, and a year ago they prematurely fired their head coach Kevin McHale, 11 games into the season. Houston had an inglorious 4-7 record at the time. To make matters worse, they opened the campaign with three consecutive 20-point losses, and Houston’s four wins were a result of four outstanding offensive performances from Harden.

The gifted scorer had outbursts of 37 versus Oklahoma City, 28 against Orlando, 43 at Sacramento, and 46 at the Los Angeles Clippers, and they barely escaped each of those games.

This was a team whom many experts and pundits picked to win the west, and some even, picked to win it all, and yet they could not buy themselves a win. The Rockets were sinking before their high expectations, and the front office needed a scapegoat, so McHale was fired.

McHale spoke honestly in an interview with TNT’s Inside the NBA, and his comments were tweeted out by Adam Wexler of KPRC-TV Sports.

The Rockets were in a scoring slump early in the season, but as the season progressed they got back to what they do best. In 2014-15, Houston had one of the most prolific offenses in the NBA. According to basketball-reference.com, Houston average 103.9 points per game, which ranked sixth in the NBA. They also had a Pace average of 96.5, which ranks second in the NBA.

Pace is basically the average of possessions per 48 minutes.

Houston could score as a team, and when needed James Harden could go on a breathtaking solo act that simply had people in aw of his scoring prowess. Simply put, H-town was as lethal as anybody offensively, in 2014-15.

And that was with Kevin McHale calling plays; can you imagine what Houston’s offense will be like with Mike D’Antoni on the bench? Look out below because here comes Houston. The Rockets should challenge Golden State for the title of best offense.

Houston will once again be amongst the most prolific offenses in pro basketball, but will their defense be able to keep up the pace? Which brings us to the big problem in H-town: defense.

Although most fans see Houston as an offensive juggernaut, in 2014-15 they had one of the best defenses in the NBA. Once again, according to basketball-reference.com, Houston’s defensive rating was 103.4, which ranked eighth in the NBA as oppose to the below average rating of 108.1, in 2015-16, which ranked 21st in the league.

In a span of one year, Houston’s defensive rating went down 13th spot, while some of the blame falls on the shoulders of Kevin McHale, the players themselves can’t go blameless here.

The biggest problem here is that James Harden, Houston’s best player, simply does not play defense. In team sports, players look to the best player to galvanize the troops, and commit to the ‘dirty work’ in order for them to push themselves beyond their own limitations. Since Harden emphatically takes days off while Houston is on defense, opponents attack him directly or his side since they know he won’t be a factor in help defense.

In 2014-15, Harden’s play on defense was mediocre at best, but that was good enough to help Houston win 56 games. A year ago, his play decreased dramatically, and Houston finished with 41 wins.

In 2014-15, opponents averaged 100.5 points per game, which ranked 17th in the NBA, while in 2015-16, they averaged 106.4, which ranked 25th in the league. Houston could simply not keep anyone from scoring, cope that with a superstar who simply did not care about half of the game, and either you are on fire, or you will lose.

The results are pretty clear, Houston won 15 fewer games, and lucked into the playoffs because Utah lost a lot of games down the stretch otherwise Utah would have been in the playoffs.

To add to Houston’s obvious defensive problems, they traded their best rim protector (Dwight Howard) to the Atlanta Hawks, and simply did not find a way to replace his presence. At the moment, Houston does not have an average player playing the center position, and outside of Patrick Beverley, they don’t have an NBA-level defender on the roster.

To make matters worse, they hired Mike D’Antoni, a coach who fittingly does not care about defense. While coaching the Lakers, D’Antoni was asked if the Lakers had practiced defense, and he said, “Hell, yeah, we worked for a half-hour on it,” per USA Today.

This hire will either be great and Houston will be near invincible a la mid-2000s Phoenix Suns who were always in the top three to five in offensive rating. Houston will be up there this year, Harden’s numbers will be astronomical hence he should be in the MVP race.

Or, they will sink and by the start of the New Year, Houston will be fighting Los Angeles and Philadelphia for the first overall pick.