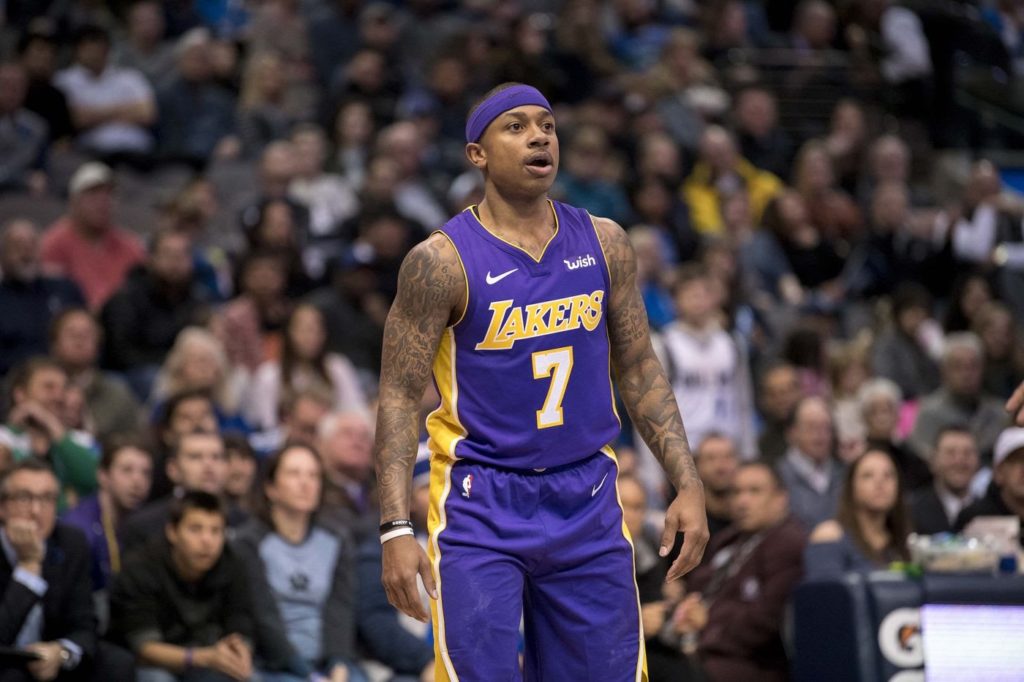 Is Isaiah Thomas IT For The Lakers?

It’s All-Star break this weekend in Los Angeles, but the Lakers already have a new one since the trade deadline to lead their young core in the heart of the city. Even if Team LeBron didn’t pick him for Sundays pick up.

But how long will IT last?

Right now in the NBA the amount of movers is really putting the shakers on teams. So much so that in regards to loyalty in this league it’s even colder than the Olympics in Pyeonchang, South Korea right now. But then again it is the Winter after all. Recently Cleveland cleaned house and LeBron’s land for some Cavalier moves. Jettisoning several All-Star points for their changing of the guard. Including former MVP Derrick Rose, ‘Bron brodie Dwyane Wade back to the Heat of Miami, South Beach and even the guy they traded Kyrie for.

Yep that’s right after summer swapping Irving for Isaiah, the Cavs sent Thomas along with versatile big-man vet Channing Frye to Lakerland. In return they got the buckets of ‘Sixth Man’ sure thing Jordan Clarkson and another Akron hometown hero in the form of Larry Nance Jr.

And although the Lakers picked-up a certified All-Star with Iverson kill at will, little man syndrome scoring a lot of fans where left tweeting negative emojis and gifs following the deadline deal. And not because their new number seven seal was a former Boston Celtic great only a season ago. Or that the former tooth chipper is now a befallen superstar by way of injury. More that the Lake Show loved the young Ball, Ingram, Kuzma, Randle and Zubac core that has lost it’s first big time players of the future since the de-loading trade of D’Angelo Russell last summer.

Clarkson was a class act and there from the luck of the late round steal start. Whereas when Nance Jr. ran the floor like his pops all the bleachers snapped shut, tilted up. Lakerland finally thought they would see their own slamming son represent them in the Slam Dunk Contest he should surely win now like father, like dunk today. But now he’ll be doing it all for one and one for all.

But with the fast tracked pace of the Lakers new speedy dynamite dynamo it could still be Showtime again for Magic’s men like when Earvin Johnson was kissing another Isiah Thomas hello in the golden era 80’s. But this Isaiah Thomas-so long as he can ball in the same backcourt as Ball once injury time gives way to the Lavar…excuse me the Lonzo Angeles Lakers-could attract even more free agents like the expected homecoming of Paul George from the Thunder to the purple reign this offseason. Even if rumour has a Black Panther/Killmonger like relationship between this point prince and the King of the Ohio land.

But if it’s between LeBron as a Laker or another one of James’ sidekicks than who do you think will hold the headlines for tomorrows Los Angeles Times? Especially as Isaiah could aim higher than coming off the bench this summer as a free agent without restriction himself. His big contract coming off the books with Channing’s (Frye not Hollywood’s Tatum), another big three big in Brook Lopez and another former All-Star in Luol Deng (yep…he’s still here).

All these multiples of millions would surely make for a kings ransom.

This could be it, so lets enjoy I.T. whilst he lasts.