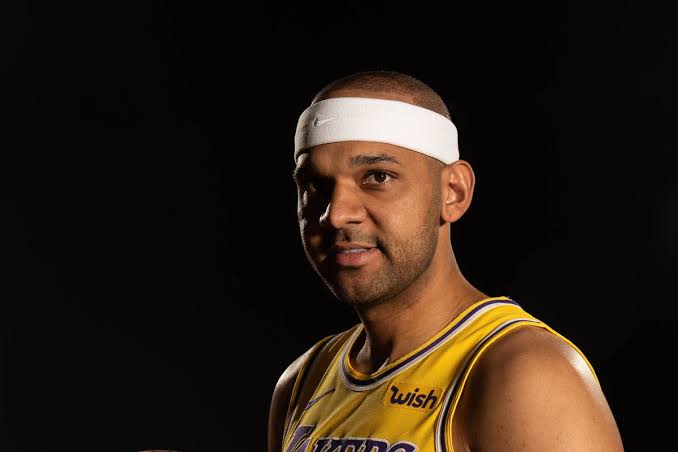 There’s a hero that could save us in Hollywood right now.

And I ain’t talking about The King.

Or the Brow to ‘Bron in A.D. and his best since Shaq and Kobe dynamic duo combining for 70 like one off Elgin Baylor’s career high.

I ain’t talking about Kuz. Canada’s champ Danny Green from downtown purple and gold. Or the redemption reunion of Superman returns Dwight Howard in the hash-tag “Washed King’s” revenge season.

I ain’t even talking about the bald identity of my hero the Alex Caruso show this time.

Yeah I said it!

Not the same Jared that got replaced by Joaquin as The Joker. Not the same Dudley that got nut checked by Shaquille O’Neal on the Knicks before lamely quarterback pitch throwing the ball after him on the inbound technical (we didn’t think centers apart from Shaq could pass like that). Or the same J.D. that like going with Coke welcomed us to Atlanta with Ludacris. But just Jared.

You may think the former Brooklyn boy fan favourite owns the last roster spot that should have gone to a blazing Carmelo. Or still a free agent Jamal Crawford (even a J.R. Smith?!). A spot reserved for Andre Igudola once he gets out of contract hell. Or even a South Bay call-up for legendary names in young Lakers like Antetokounmpo, Stockton and Payton II. And let’s not forget the one Ingram they didn’t trade in the Grey Mamba ‘dre.

And with that headband over his shaved dome you may think the guy who Balenciaga bigger than Basketball looks the part in the players only catwalk runway to the stadium for his fashion fit drip looks like he’ll definitely be in ‘Bron’s ‘Space Jam’ sequel too. That’s all for your insults folks (“baldy?!”). But with that number ten to go with the head check he kind of looks like a less ripped version of a former King that used to kill the Lakers…and that’s no insult to J.D. Have you see Mike Bibby these days? He really is a unit.

But to me he looks like one of those bench energy guys who lifts the whole team in the mould of a Rony Turiaf or ‘Mad Dog’ Mark Madsen. Even if his time on the pine is more than on the hardwood. He still has his Laker legend like that photoshopped number 10 next to James and Davis for the new big three, tongue in cheek.

And speaking of that number ten you just may see that jersey in the seats of STAPLES almost as much as the King’s 23. Why you ask. Are fans waiting until A.D. adds a King’s 2 to his 3 as LeBron carries the 6? Was there a sale? An in-game giveaway like that Shaq City Edition being on everyones seats pregame for its debut in L.A.?

It’s because Dudley has literally been gifting his number ten signature to almost everyone (hello!) whose asked this season on Twitter and it isn’t even Christmas yet. What a statement. And if you thought that was a grand gesture then half of these people in the stands in tens are there because Jared has personally left comp tickets waiting for them for games at will call (the other half probably just in thanks). Not just at STAPLES…but on the road too. Now how’s that for player power? Reaching out to fans in precarious positions, with problems when it comes to getting to games, or even those whose lifelong dream was just to see Hollywood’s Lakers live and in living colour one time.

He’s done it countless. More times than the 23 and 2 team to start their best season since the year 2000 have won.

Now how about that? You love to see it. Right now no one does more for the fans than the people’s champ Jared Dudley.

When he gets his ring it won’t be from riding coattails, but giving his all, everything.

And let’s not forget the heart and hustle he puts down on the floor every night his box score doesn’t read DNP-CD for a second, or minute of time. He’s got a decent shot on him too. Even if it looks more awkward than me on dates…it works.

The Lake Show are the Hollywood story of the season. But we all know when it comes to the script from the Basketball God’s you need your character actors as much as the academy of award winners. And if Jared Dudley really is the Lakers unsung hero in L.A. like Denis Irwin was for Manchester United (know your history) it’s time to hit the high notes and shoot our shot like he does his.

Now is this enough for me to get a jersey Jared?

In this article:Jared Dudley, Lakers, NBA