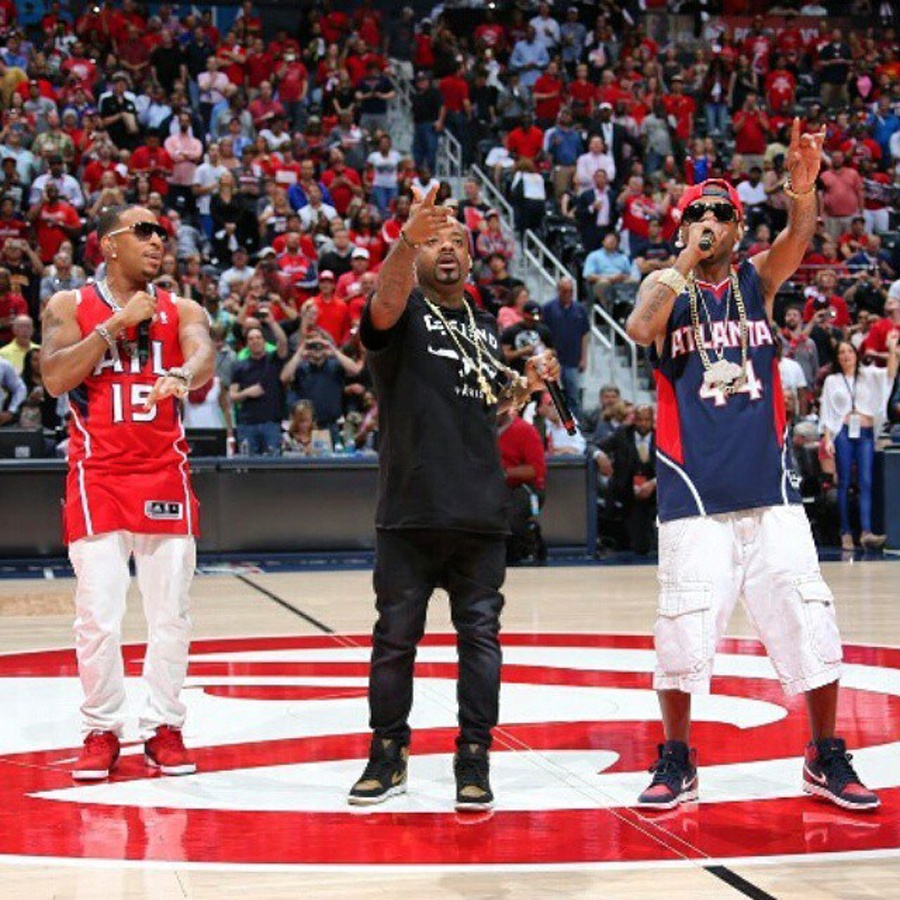 “Yo”! ‘Welcome to Atlanta, where the playoffs play and out of towners like the Brooklyn Nets get got like two games to zero!’

What a season the soaring and scoring Hawks are having in the ATL! They’re making sweet Georgia proud like the Harlem Globetrotters with their serious skills! From the inside knowledge of Al Horford and Paul Millsap, to the perimeter power of point Jeff Teague and maker Kyle Korver, this team is laden with All Star talent that took them to the top of the beast East.

Now with their talons firmly clawed into the Nets of Brooklyn, Atlanta is ready to show more bravery than its hometown sports siblings, as these Hawks look to fly further than the Falcons in these playoffs. The great city of the ‘A’ hasn’t seen this much entertainment exposure since they became the hotbed for urban music in the early new millennium with the likes of Outkast, Usher, T.I. and many more playing out their prime time in Room 112.

So it was only right last night that two of the towns biggest names in music came out to honour these new young guns for a halftime show like no other. So So Def producer and Global 14 mogul Jermaine Dupri joined ‘Fast and Furious’ actor Ludacris-whose new album ‘Ludaversal’ is out now-for their classic, double-team hometown hit, ‘Welcome To Atlanta’.

Talk about a home court advantage.

Electrifying the Phillips Arena crowd at capacity, the song off J.D.’s classic ‘Instruction’s album and Luda’s multi-platinum ‘Word Of Mouf’, helped inspire the Hawks to a 96-91 win over the B.K. Nets as they took game two and a two-zip lead, heading to Brooklyn, New York like the P. Diddy remix.

Mike Budenholzer may be the ‘NBA Coach Of The Year’ and rightly so, but Chris ‘Ludacris’ Bridges-who was rocking Al Horford’s number 15 jersey and his own sweet signature tee-is the teams new, unofficial sixth man. Forget a Lou Williams, the punch line king is this teams new spirit…and with Dupri laying the track, there’s no greater production behind these birds.

In a private moment gone public, Jermaine shared an inspired Instagram post pre-game of him standing mid-court, at the cool, new Hawks logo centre circle. A moment of reflection perhaps to look back at how far he, his team and city have come…

…and will go, looking on…and forward!

And the party don’t stop!