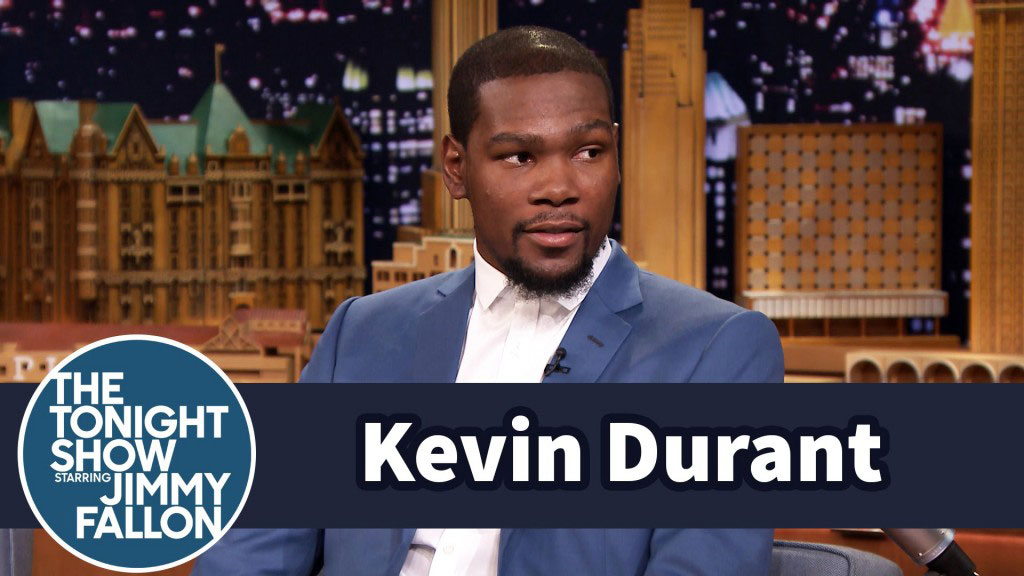 The reigning 2013-14 NBA MVP Kevin Durant made an early season appearance on “The Tonight show starring Jimmy Fallon” to discuss amongst many things the cover feature on highly popular video game NBA 2K15.  Durant dropped several hilarious gems during his segment, including admitting that he really plays as LeBron James instead off his MVP self when asked who plays with when him and his family and friends get together and get busy on the controllers.

Jimmy Fallon: Are you good at this game

Kevin Durant: “I’m really good, I have been playing for 15 years I have to pretty good!”

Jimmy Fallon: So you are actually decent on this one.

Jimmy Fallon: “You play as you?

Jimmy Fallon: No, you have to play as you. Who do you play as?