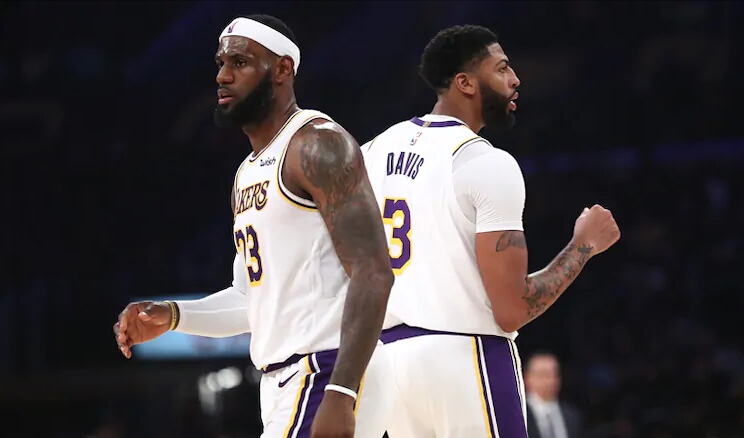 Number 23, James jerseys being burnt in fiery flames of anger and anguish. Just like a Cavalier when he left the land for a new flame with the South Beach talents of the Miami Heat.

Political commentators almost telling him to “shut up and dribble” like they were Trump.

It’s been a rough week for LeBron James.

But it has been an even rougher year for the people of Hong Kong…and that’s the point LeBron.

For all the controversy in China-from billboards coming down like it was a decade ago. To think before you tweet, hypocritical tweets being sent like the Donald (you could have waited ‘Bron…period)-James had to rebound on his return to Hollywood after the reality of the last seven days. And boy did he like Barkley. Running a power move on them like Chuck. Just days after being made a Public Enemy for failing to fight the power for a nation of millions, refusing to be held back.

And saying no more about the situation, whilst admitting wrong. Taking blame and hoping for an accepted apology, Business LeBron let his game do the talking.

Answering back on the hardwood court at least…if not the one of public and social media trending opinion.

After failing to close out the China Games for the West and find the nets against Brooklyn in the Far East, James and his Laker gang returned to their regular preseason schedule for their California clash series with the former champion Golden State Warriors.

First the Lakers were too hot for the Warriors Chase Centre house warming in San Francisco. Then across the Golden Gate and state the Lake Show’s new young core manned up with the beard and the brow sitting. As rook Zach Norvell Jr. had 22 in his number 21 (hey Lakers maybe don’t trade this one), leading a youth in revolt featuring NBA family legacy members Kostas Antetokounmpo and David Stockton against the splash brotherhood and their newly adopted sibling, former Laker D’Angelo Russell, wetting everything on the Pacific Coast right now. Even Dwight Howard proved again against all the odds and odd looks just how big a back-up he’s going to be with 12 points, 13 rebounds, 6 assists and 4 steals for the finest of lines.

And then there was the 126-93 candle blowing of last night for two teams who will meet tomorrow too. But right now with the Lakers licking the Warriors so much like a lizards tongue, Golden State are in the soft state of being the ice cream right now.

But for all the cones like a kid holding two perhaps we’ve just SLAM cover jinked it all right now.

Still, tomorrow is another day.

As for yesterday all the Dubs troubles weren’t so far away as James’ La La Land company went full ‘Space Jam’ Monstar’s on the K.O’d champs. Playing some of the most beautiful basketball you’ll ever see…let alone in mere preseason play. Which rust dust off is taken so much more serious these days with the advent of social media allowing for instant replays in high-rises and hamlets across the world in the blink of a tweeting second. The drama is almost at a Shakespearian level…especially after last week. And to tweet or not to tweet (that is no longer the question) LeBron knows how to fine tune, orchestrate it all. Quarterback running it like the point position he was meant to take up like the number 6 and the chalk tossing headband days he’s strapping back on.

‘The Greatest Basketball Story Ever Told’ about the Milan miracle Hickory Hoosiers by Greg Guffey features many a classic line of inspired journalism. One being about how a big-man dunked the ball as gently as dropping an egg in a basket. This plagiarism aside perfectly describes one of McGee’s slam’s. But the rest he and the Ghidorah big-man three-headed monster put down was like the dunk contests they all used to partake. And this table of full courses was set perfectly by the King like a moat surrounding a castle, thanks to the arrow in the ground perfect picks hammered down and planted with the deepest roots by these seven feet high and rising pivots off the roll.

And that was when the King wasn’t American Football running his way through the paint to pastel his own touchdowns with easel ease. One touch pass from the palette to Dwight Howard had exquisite wrote all over it, alley to oop.

But that wasn’t even the best one.

That belonged to the contouring down court of LeBron’s falling out of bounds, M.J. against the Lakers switch hands pass to Danny Green, waiting at the corner shop to bag the three, paper or plastic and make the King look even better like the previous week didn’t even happen. After all the social media white noise to what was more a misjudgement and the mistake of a man that is still school opening and philanthropic more than an athlete, this master move, worthy of the greatest of all-time highlight package-let alone the regular season itself-inspired Instagram flame emojis from everyone from former meme teammate Lance Stephenson back in China to the merc with a mouth, Deadpool himself actor Ryan Reynolds here in Hollywood.

LeBron’s 18 to go along with four rebounds, 11 assists and one steal, next to Davis’ 8 points and assists, 10 rebounds, one steal and two blocks. Not to mention Cook’s broth of 16 points and 3 assists against his old Chef Curry boys, Howard’s end of 13 points and 7 rebounds, McGee’s 12, 6 rebounds, a steal and a block and Avery Bradley’s 18 was the most balanced of attacks and too much for friend to foe D’Angelo Russell’s Jordanesque 23, off some of the fresh pail of water purest buckets.

Sure this game the Warriors were without soldier Stephen Curry to match his soaked on the side-line Splash Brother and the departed Durant. But they still had Green on this day like the Lakers. And the purple and gold themselves are still without former Golden State big DeMarcus Cousins and the young Prince of the King’s men Kyle Kuzma whose just had the option on his contract exercised like ghosts.

Just wait until they get at least one of those guys back.

It’s going to be real scary in Hollywood this Halloween.

And we’re on the eve of seeing it all over again back across the Bay, to close it all out a week after this teams horror show.

Time to suit up in the league’s most famous costume.

In this article:Lakers, NBA, warriors