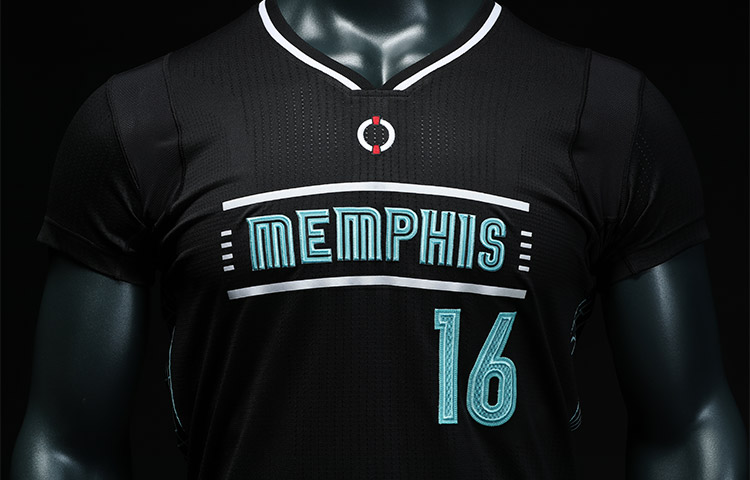 Memphis, Tennessee does not really want to be remembered for being the city where Civil Rights leader Martin Luther King Jr. lost his life to murder, but the Memphis Grizzlies franchise will be damned if they don’t honour the great mans legacy.

Teaming up with the National Civil Rights Museum, Vince Carter and the Grizzlies helped introduce the MLK50 Pride jerseys at the historic Lorraine Motel in Memphis today…and they really are quite the exhibit.

The sombre sleeved black alternates pay tribute to MLK in rememberance of the 50th anniversary of the day the man who did so much for peace was assassinated by a hatred we wish we no longer saw today. These jerseys that will we be worn on Martin Luther King Day, January 15th, 2017 against the Chicago Bulls stand for so much a half century later. Bringing awareness and understanding to the modern day. Worn with real pride too and a hand on heart these seams carry real meaning. And to think a few hours ago we were celebrating some teams new looks that on the surface don’t really amount to much.

But these carry real substance. The black look is worn as a sign of respect that also pays homage to the Civil Rights marchers Martin Luther lead, suited and dressed in black. Whilst the uniforms piping, lettering and numbers all incorporate elements of the Lorraine Motel that Dr. King was staying in before he was tragically taken from us on the balcony outside his room. Some may think this isn’t the most tasteful thing, but read more into it like the youth hopefully will and there is an education to what happened on that fateful day in every aspect of this apparel that needs to be learned.

Finally a small wreath above the word Memphis adorns the top of this jersey for real respect.

The NBA already does a lot to remember the real King on MLK day and spread awareness about the minister that sacraficed so much for social justice. Educating fans between the games played in his honour on January 15th. But these jerseys are by far one of the foremost powerful stands of solidarity for Martin that anyone in the National Basketball Association has ever done. These may just be the most important NBA jerseys of all-time.

And it’s all for him.

Because without King you’re heroes (who in reality have nothing on the great Martin Luther when it comes to real heroism) may never have had the chance to do what they do. Together as one. Regardless of race. As people we’ve come a long way and yes there is still so far to go. Further frankly than our blind hope thought we had to go just a few years ago. But from the mountain-top we all knew who started the march and whose spirit will take us there. In memory Martin Luther King Jr will get to the promised land with us.

These MLK50 jerseys belong in a museum…and when they do just make sure you take a walk and look at what really matters.