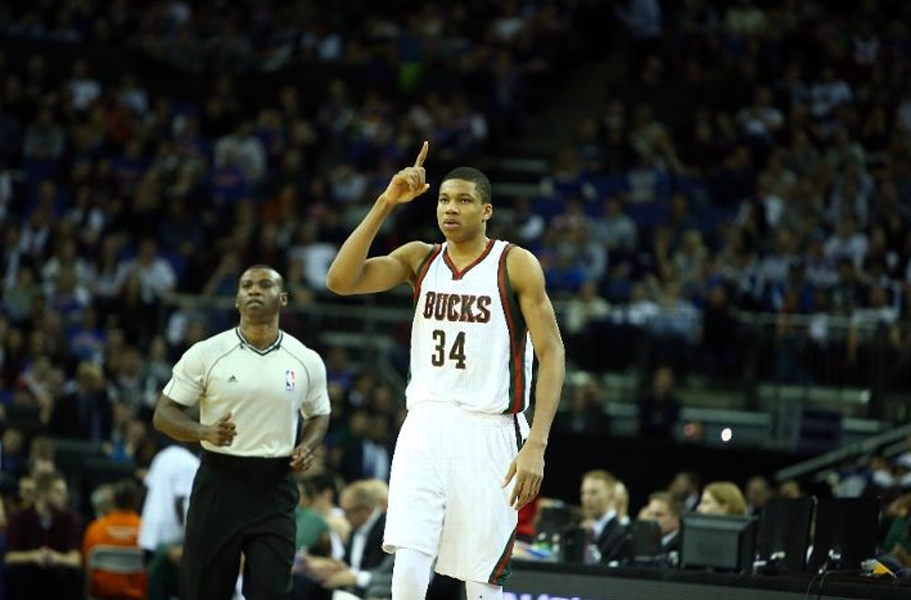 London called upon the NBA to provide some early year, January entertainment in the O2 and former millennium dome of the capital city again last night.

But it seemed like Milwaukee was the only one that answered…

Sure some garbage time made the steers 95-79 win look respectable, but the Bucks stopped the New York Knicks’ and made them look like a deer in the headlights as they ran through and over them like a parade route in a double-decker over Tower Bridge.

After the usual soccer crossovers, guided tours and celebrity meetings by royal appointment the two teams went at it in England’s hotbed of entertainment. Still it seemed like Coach Fish’s team didn’t show up. Sure Carmelo Anthony and Amar’e Stoudemire made more than the trip, but ‘Melo’s calm 25 points went relatively unnoticed bar a dunk or two, while STAT had no stats when it came to field goals.

Then on it was up to Tim Hardaway Jr. and the cream of the crop of D-League call-ups to pick-up the pieces of what was a blowout before the London fans took their seats.

In the end there was just too much Buck for the Knicks nixed bench to afford. I bet they miss Shumpert and Smith now. Too much of Greek Freak Giannis Antetokounmpo running the break on Alphabet St. like a gazzelle. Too much Knight that day with Brandon’s 20 and 6 steals and too much Mayo like Ceasar Salads.

O.J. had the juice with 22. Most coming from downtown Leicester Square.

The Bucks international exposure paid off but the real highlight was when one of their legends joined. John Amaechi, Bruce Bowen, Dikembe Mutombo, Hakeem Olaujawon and Knick great John Starks. Yes legendary Laker and all-time leading scorer Kareem Abdul-Jabbar brought the biggest cheers on another stand up event for British basketball.

Must Read:
With A Maverick Move, Dallas Now Have The Best Euro Big-Three Ever

What a way to ‘Cap the night off!