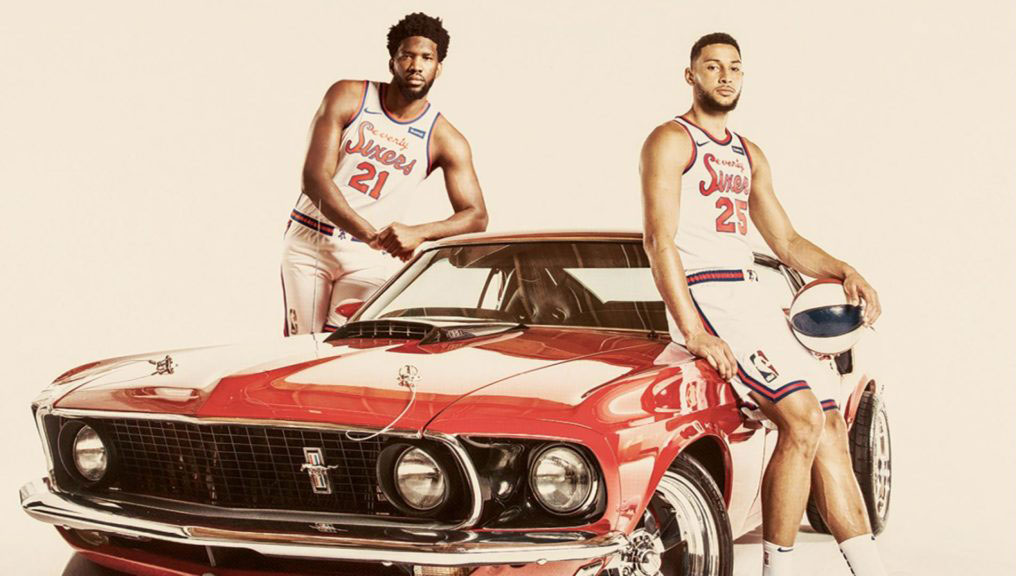 Ever since Nike partnered up with the NBA like ‘Hobbs and Shaw’ there has been a fast and furious release of rock solid jerseys for the hardwood over the last couple of seasons. From the Association, to the Icon’s and Statement’s made. Last year the ‘Just Do It’ swoosh even helped Basketball’s best put on a vest for the City. Adding even more to the closet collection when it came to some alternates for the teams that made the postseason push to the playoffs.

But now if you thought fo, fo, four jerseys that have at least one changing by the year was enough for your locker room or throwback budget, then just you wait. Because all these fits and drips may be iconic, but Nike are about to release an addition that really is Classic for the five man team. Over the next calendar the Classic Edition jerseys will belong to only 12 franchises in this 30 strong league. Less than half for the next year that we hope includes some storied Lakers and Celtics duds.

But what better team to introduce this new tradition than the one with more classic throwbacks than Mitchell and Ness in the Philadelphia 76ers? The City of Brotherly Love may have lost Jimmy Butler and J.J. Reddick this offseason, but they’ve gained even more threads for new team player Al Horford and mainstays Joel Embiid, Ben Simmons and Tobias Harris to rock with the rock as they push it down court next season.

Open your arms to that.

The classic PHILA Philadelphia jerseys have already been brought back with a next generation twist. Whilst the 76ers seem to be the only team who could still put up those Christmas script jerseys long after other teams have gone in the New Year sales. But with the only court apparel competition being what looks in the mirror as they try these on, the Sixers have out done and stitched themselves yet again. Bringing back like 1971, Hal Greer and ‘The Kangaroo Kid’, Billy Cunningham, the iconic and creative “Seventies Sixers” jerseys. A jumping, forgotten retro relic and slept on classic until now.

Waking up the league, back to the future in a Ford Mustang the Motown era of a classic Bad Boy, Detroit Pistons would be proud…or jealous of (inch or mile, you should have got there sooner Motor City men), Embiid and Simmons in a slick photoshoot sharing an ‘S’ on the chest popped the hood and revealed all the intricate workings underneath, bringing this classic back on the road like Hall & Oates.

Before the process. Before the answer. Even before “fo, fo, fo”, Cunningham and the Sixers represented Philly like steak and cheese. The 1970’s where a defining era for the city. Philadelphia soul made its mark from stereos to nightspots and some young fighter named ‘Rocky’ went the distance with some kid called Creed as some man going by the name Sly Stallone wrote a classic movie. Oh and Questlove of the legendary Roots crew was born. Along with another Philly legend you might also be familiar with.

With this thrift shop like find that celebrates the spirit and legacy of a city that reinvents itself more times than it does it’s wardrobe, this is the perfect “new” look for a team that could take inspiration from their past when it comes to their latest reinvention on court. Playing on without the services of their Butler, or top downtown gunner J.J.

And after all they’ve loved and lost over the years, even if you don’t trust it you can always try on the process now.

And its a look that could fit over seventy games this season.

Now that has the makings of a classic.