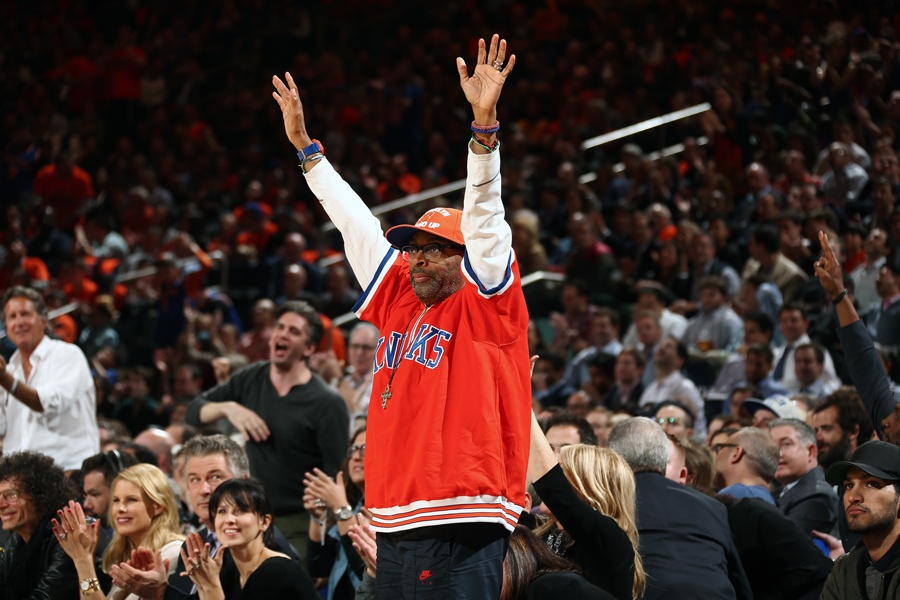 Waking up the city that never sleeps, last week Basketball uzz was in the Big Apple, taking a bite out of the core of NBA New York hoops.

Last Tuesday saw a hometown derby day between the struggling, but star studded Brooklyn Nets and New York Knicks at Madison Square Garden. But the Sunday before all that saw a weekend worth of games starting at around 3 in the afternoon as the B.K. and N.Y.C. took on the East beasts Chicago Bulls and Miami Heat respectively.

Believe me with an epic double header and a subway system that saw enough minutes remaining to make it from one game to a half 7 tip-off other, the buzz on this scene was one forecasting a formidable day and date on the hardwood. It was more than just a preview of potentially half the Eastern Conference playoff, match-up scene. It was also a showtime showcase of some of the best players this great NBA league has to offer.

It was also a look at some of the associations most amazing arenas. This writer as a vacation veteran of N.Y. was used to following the Nets around the Meadowlands of New Jersey, but finally saying hello to Brooklyn saw where all that Russian and rap money went. In possibly the leagues strongest stadium, this place-or should I respell and add an ‘a’ to this anagram-palace has all the modern tools, from snack stops to bar tops. There’s even an awesome GQ barbershop where you can get your haircut like cover stars like Oscar winner Matthew McConaughey.

The perfect place to have a postgame trash, talk. This place is so ahead of its time even the mannequins are Kim Cattrell real. If only the actual Brooklyn Nets weren’t standing still in those sleeved, cut above the rest, blue Brooklyn Knights jerseys. Big names like Deron, Kevin and Joe couldn’t get going.

So it was up to Jack In The Box (that has to be his new nickname), Jarret Jack to make his 12 point, 4 rebound and 4 assist ‘Sixth Man Of The Year’ case. As Pau Gasol’s 25 and 13 made the former Laker’s championship changer certified, a new star continues to evolve under Rose’s Bulls in Jimmy Butler who was at Chicago’s service, scoring 26 as the Bulls stampeded the new Nets and showed them their own 102-84 door.

Still in this NBA there’s no arena like the Mecca, especially with its lick of platinum white paint. There’s also no team in New York like the Knickerbockers. Especially with former championship player and Bulls and Lakers coach Phil Jackson up in the front office, running the triangle with his old Laker guard Derek Fisher as coach. Still even with a skillful and speedy point in Jose Calderon the triangle look like the Bermuda to a Knicks tape that is unraveling like old cassettes in your boombox deck.

This is why even 31 from a spasm suffering Carmelo and a 19/12 double STAT from Stoudemire couldn’t sustain the Heat from an old rival Miami team. Without LeBron, Bosh shone to the box-score tune of 20, while Luol Deng went for 10 twice in points and boards. Still after missing 7 games, Dwyane Wade showed it was his world like 2007 as he scored 27 points, a lucky 13 of which came in the fourth that ended the game 86-79, in the Heats Knick cooled off favour.

From Brooklyn to Manhattan, New York basketball may not have won that night but every fan did in a city so hoops famous they had to play twice. Even if they’re playing like the New York lottery right now the ball fell the way for the best day in basketball this side of the Rucker. Heaven may be a playground, but in this day in the city it was blessed on the wood and grain.

Lets hear it for the concrete jungle!