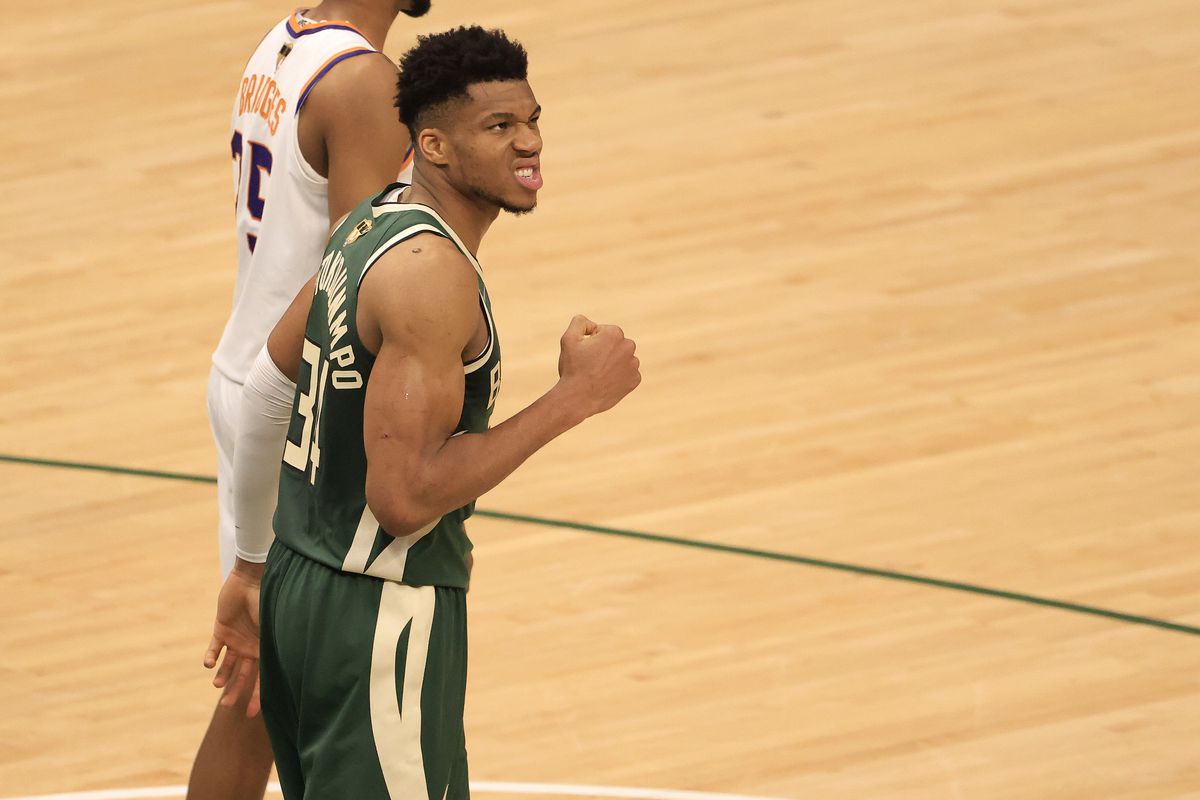 Don’t get me wrong.

I’m still calling it like the weather. I still think the Suns will set on the Bucks in this series. But one’s thing for sure like Torrey Craig getting a ring regardless of wins. This NBA Finals featuring two teams both born in 1968 is one for the ages.

We still have a series.

But the Bucks hate stops here.

Don’t carry the hell on with this, Kendrick Perkins.

Milwaukee mastered the Phoenix Suns in Game 3. Challenging Chris Paul and his teams incredible run that started ever since the Lakers started playing games with them, clowning from courtside. Haven’t we learnt from Andre Drummond pretending to be in the post from the pine that if you play the fool you’ll just end up being backed down?

The whole league on the socials tried to turn on the Greek God…and then he just freaked them.

An alphabet soup of statistics, Giannis Antetokounmpo had at least 40, 10 and 5 again (41, 13 and 6 to be dominantly precise) like only ‘Bron (five times a King), Shaq (twice), KD and the Butler have since the new millennium for these Finals. All as the Suns were bucked 120-100 by a Wisconsin team that went from Finals favorites to Twitter targets in a bizarre blindsiding.

They troll the time spent on the free throw line, but after all that time at the stripe Giannis is still here, off no one’s charity. Beating a Brooklyn super-team after dethroning Miami, last year’s East best Bubble champs. Overcoming a froze out Trae Young’s Atlanta Hawks that could still clip them. Nobody talks about all that when it comes to the back-to-back MVP looking for his first podium before the Olympic Games.

Must Read:
Take A Bow. Trae Young Is An MSG Enemy Of Old

They just talked about how he had no jump shot. But how about he jumps to the rim? Kind of like the hurting Cam Payne put on PJ Tucker this same game. Almost knocking all of his famous signature sneakers off, all the way back to his closet back home.

They never gave Shaq this type of mess like they do now only the second player after O’Neal with consecutive Finals showings of 40 and 10’s, when it comes to his paint work. It’s like Chris Bosh writes in his brilliant new book ‘Letters To A Young Athlete’. Giannis is just a smart basketball player who knows how to maximize his potential and his percentages for profit. The Heat Champ and former man in Toronto knows all about this type of behavior. Bleacher Report used to run a segment called, “Everybody Hates Chris.”

But winners are winners and scorers will score. Even if they can’t shoot. You have to love that.

They can still max 103 points through the first three games of the Finals behind only Rick Barry (122), Allen Iverson (106) and Willis Reed (104) in association history.

The kind that buys the Bucks wins.

They said this Batman was a Robin. Nah! He’s not that bad. Former ‘Most Improved Player’ Khris Middleton (18 points, 7 rebounds and 6 assists) is just that good. Just like they keep forgetting how great Jrue Holiday (21 points, 9 rebounds and 5 assists) is. Sure, the Suns have a Booker, Ayton and CP3 big-three that’s healthy, but so do the Bucks. If you can bank on Antetokounmpo’s knee holding up.

Add a big Brook Lopez shot from downtown. Tucker tangling up with everyone like the tarantula Durant and Bobby Portis being passion personified (just check his Twitter daily like Trae Young’s for that, “another day, another opportunity” inspiration), and we still have a series.

It may not end up being Bucks in six, but it’s no longer Suns in four either.

Stop holding up those fingers on your hand, because Milwaukee aren’t waving the white flags yet.

Steering the series, get ready for the Bucks stampede.