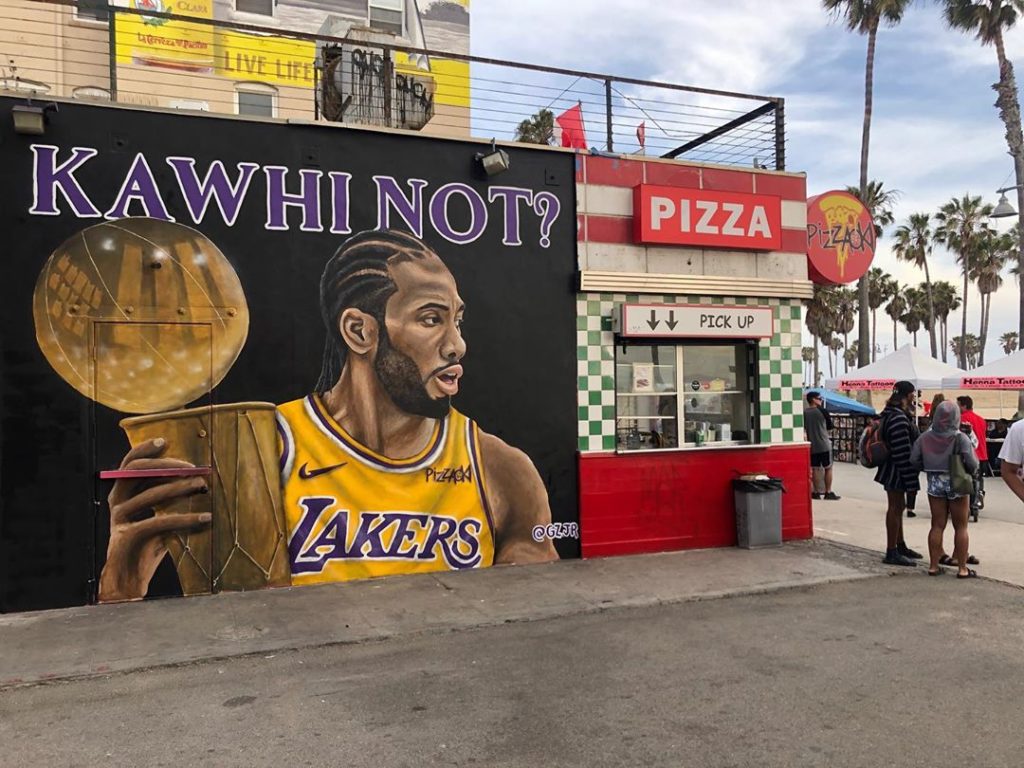 This Summer's NBA Free Agency Has Been Crazy

Welcome to the understatement of the year.

You haven’t refreshed your social media this much since she left you on read.

This writer woke up on July 1st to see his D’Angelo Hollywood dreams dashed. Then he hopped on a plane to New York and part way through on his stopover in Philly everything changed in this game. He may have even been joined by more NBA star’s on his connection to NYC. But by the time this vacation is done next week will the biggest free agent left on the table finally have a destination?

This Summer’s NBA Free Agency man. Boy it’s been as exciting as the Finals.

Someone may make the joke, “who won again”? But we the North will never forget. But as we sit in Toronto along with the two Los Angeles teams of the Lakers and Clippers to see which out of this big three Kawhi Leonard will choose as his next destination (the cold of Canada or the cool of California), who will have the last laugh?

Nobodies laughing in New York right now. Or at least midtown Manhattan. Where the Knicks thought they would at least bring one of their dream big three of Zion, Durant or Irving to the Big Apple Mecca of Madison Square Garden, but came up with nothing but worms. Across the bridge in Brooklyn however the Nets truly made a gain. Signing both Kevin Durant and Kyrie Irving for the new dynamic duo superteam of the ages that looks to give the cool as Jay-Z, black and white Nets franchise to chance to be champion and change the legendary face of New York basketball like Kawhi might do with the L.A. Clippers if the Klaw doesn’t form the greatest Hotel Figueroa big-three with ‘Bron and the Brow on the Lakers (Kawhi not). These two took less money so DeAndre Jordan could come too, in a gesture as great as Anthony Davis waiving his 4 million bonus or ‘Bron giving him his 23. It looks like no sleep to next June for these beast boys as two of the best players in the league and the biggest names in free agency say hello Brooklyn.

But their former teams didn’t mess around either. Before everything became official, Charlotte’s Kemba Walker was already the first confirmed free agent signing to hit the web. As he made a commitment to the Celtics to continue their classic and legendary lineage in Boston. The C’s may have lost Al Horford to the Sixers (but Philly lost J.J. Reddick to the new Pelicans powerhouse of Zion and basically the Lakers young core (except Julius Randle who was one guy who did go to the Knicks) and not to forget Jimmy Butler to his fourth team in four years with the Heat) but they still have the don’t sleep on Gordon Hayward and the young gunning, running duo of Tatum and Brown. And they even added Enes Kanter to the mix. Expect this younger, refreshed Celtics team still in contention like the days of Russell, Bird, Pierce, Walker, Garnett or Allen to run like the Boston Marathon, still as strong.

Meanwhile looking to rebound from both their loss in the Finals and the one of Durant, the Golden State Warriors stayed relevant by not only resigning Klay (with his ‘Wolf Of Wall Street’, “I’m not leaving” mic drop social media announcement), but by trading Sixth Man legend Andre Igudola (who ended up in Memphis like a Presley, but may be on the road again) to the Nets for their breakaway star last season, D’Angelo Russell. As well as adding Willie Cauley-Stein and Big Dog kid, Glenn Robinson III to their younger, bolstered bench. Many people responded with Nick Young confused memes at the move. Russell is one of the rising best. But this is a crowded court now for the best backcourt in the association. It’s no longer going to be a Klay day in L.A. anymore, so why add splash in D Lo’s veins? Is it an insurance policy for the injured Thompson? Will they trade him as an asset later? Was this just a major power move to make sure their California rivals the Lakers didn’t get him in what looked like the redemption reunion for purple and gold fans still off that entitled excitement of the A.D. trade, at least getting some of their young core back, like they still might Jordan Clarkson? Either way in the Bay as Golden State move across that Golden Gate Bridge to be the San Francisco Warriors, look for the new ‘Splash Triplets’ to be this new digital era Dubs in Silicon Valley.

Must Read:
Zero To Zero. We Could Watch Russ Vs Dame Until There's No Time Left

The Nets entered their cap into the ring of contention for all the rings. Whilst the Warriors and Celtics didn’t get their coat either. But after previously coming up empty in free agency (apart from your boy Jared Dudley) will the Lakers tell everyone to hold their beer this year? Well the murals still up in Venice Beach…last year LeBron’s had already been vandalized and he actually came to the team. And the Lakers do look like favourites. But let me ask you…can I take you up on your unlimited pizza offer Steve Aoki? I could play the Point. Hey, the Lakers need all they can get Carmelo. Forget Finals, the last time the Lakers were in the playoffs this writer was still in his twenties…he may have even still been a virgin. Before free agency the Lake Show had a great three of King James, Anthony Davis and the one kid from the core they kept, Kyle Kuzma. But that was it. Just three players. And maybe Alex Caruso.

But in the six everyone wants Leonard to stay and continue making history outside these United States with Toronto. But Canada Day has already passed and there was no maple champagne sipping celebration toast, raising glasses to Kawhi yet again. But that doesn’t mean there won’t be. If you’re reading this it already may be too late. Or by the time the paperboy throws this morning’s news on your doorstep, Canada may have their Toronto Star back.

Wait and read all about it. *Refreshes Twitter before posting this article*.