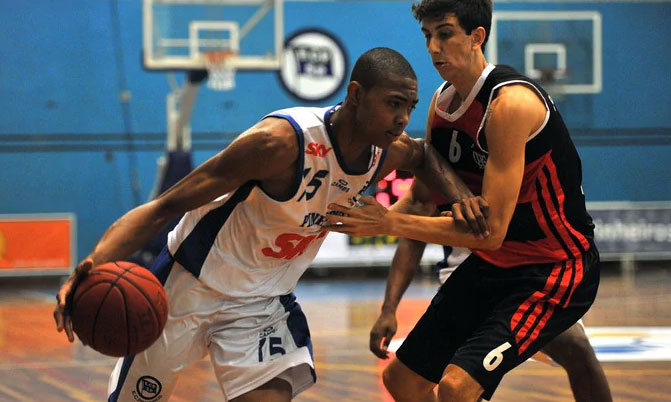 Coboclo the youngest prospect in the draft is a 6-foot-9, 205 pounds small forward prospect that has been labeled the “Brazilian Kevin Durant.”

Considered a raw prospect which Masai Uriji and the Toronto Raptors scouted and worked out Caboclo on multiple occasions and felt comfortable enough with his long-term outlook by drafting him with their first pick.

The Raptors were hoping to land homegrown talent Tyler Ennis who was selected two picks prior by the Phoenix Suns.

Caboclo had just landed in the United States from Brazil and was on his way to a hotel when he said he checked out Twitter to hear his  named called by commissioner Adam Silver. The Brazilian took to twitter to express his gratitude and thank the Toronto Raptors organization.

Additionally, the newest Raptor caught up with Brazilian reporter Fábio Balassiano to further elaborate on the realization of his dream and just how surreal this moment was for him and his family.

Caboclo was initially spotted at the 2013 NBA’s Basketball Without Borders Americas where he capture the Most Valuable Player award.  He played in 16 games this past season with Pinheiros (Sao Paulo) where he contributed 4.9 points and 3.1 rebounds.

In three Liga Americas contests, he averaged 8.0 points shooting .714 from the field and .667 from three-point range.

Caboclo is expected to join Raptors teammates Amir Johnson & DeMar DeRozan in Los Angeles as he begins preparations for the 2014 NBA Summer League.