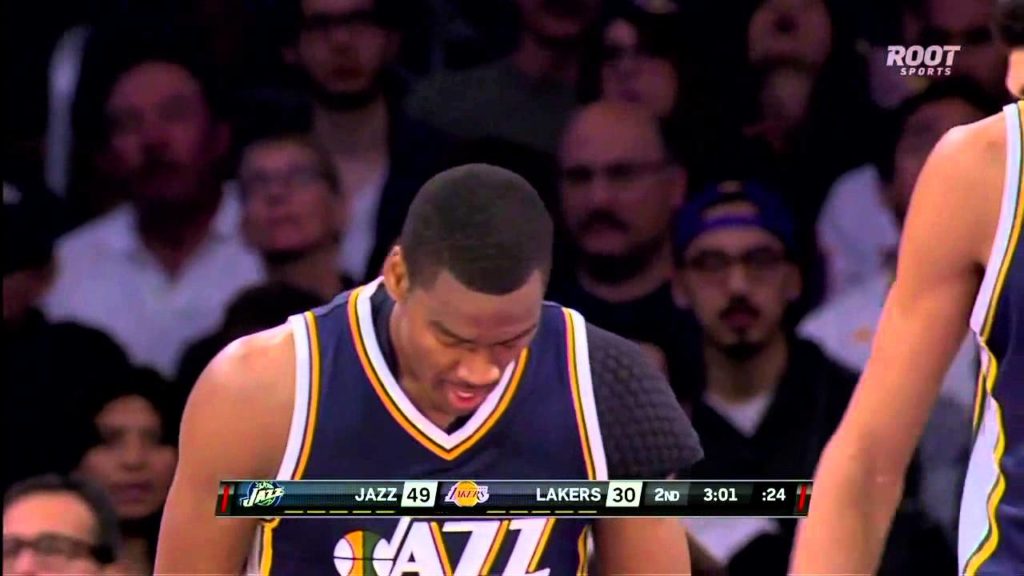 Utah Jazz’s point guard (2011 first round-pick, 12th overall) Alec Burks has steadily improved over the course of his three-years in the NBA. On Sunday night against the Los Angeles Lakers the 6’6, 211lbs point guard got the opportunity to go against Kobe Bryant and his must watch TV return tour. After the Black Mamba drilled a deadly three-pointer over Burks to put the Lakers ahead 47-30 with 3:07 left in the second-quarter the crafty guard came right back down the floor and showcased his dribbling skills by sending the soon to be hall-of-fame flying with this sweet behind the back crossover.

The Lakers took the game by to improve to 2-3 in preseason with 98-91 win, Kobe Bryant finished with 26 points, five rebounds and was showered with MVP chants as he continues to impress. Burks was also impressive and finished the game with 21 points and six rebounds on 7-of-14 shooting.

What’s that the old saying again, “You reach, I teach!”