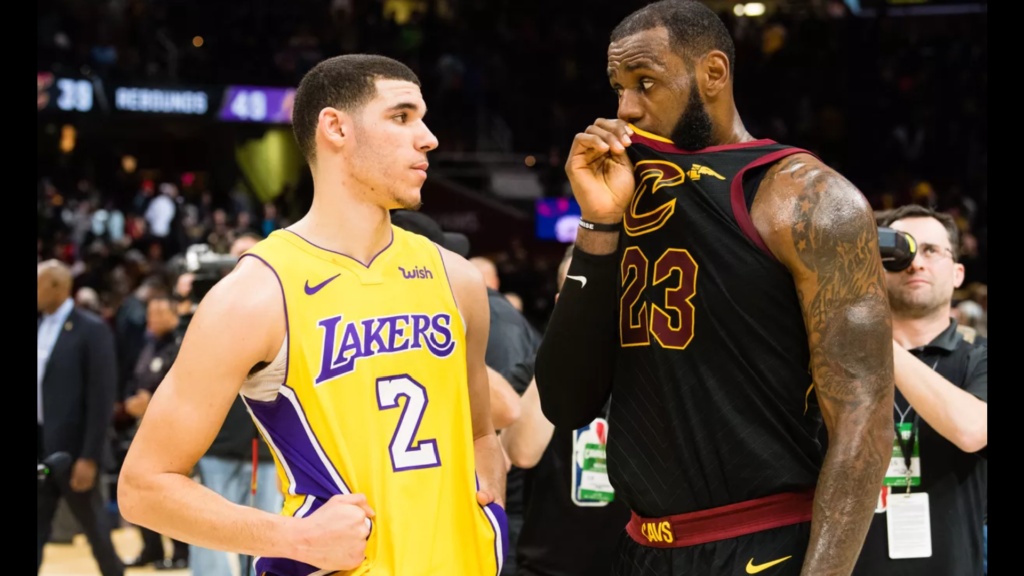 …but still no decision…

‘Dear Basketball’ last month Laker legend Kobe Bryant won NBA’s first Oscar (yeah I know how can the Academy not award ‘Space Jam’?). Putting number 24 ahead of number 23 in gold statues (the Mamba still trails the G.O.A.T six to five in gold rings though). When the closest STAPLES normally gets to award showcases outside the hosted All-Star game during the February love in is when they take a break to host the Grammys.

But it looks like another 23 could make another Lake Show stopper move this Summer straight out of the script of tinsletowns biggest picture.

Despite a decision that took his talents from South Beach, back home and to the promised land years ago. Cleveland’s own LeBron James may be playing his last campaign as a Cavalier. And the final chapter of his storied career could have a Hollywood ending for the King with one of NBA histories most storied franchises.

It could be ‘La La LeBron’ in Lakerland’s city of stars.

Especially if some billboards outside downtown Los Angeles have anything to do with it.

Taking a cue from ‘Three Billboards Outside Ebbing, Missouri’ Best Actress Oscar winner Frances McDormand’s movie (who the actress sent up herself with Jimmy Kimmel with her own trio of billboards after someone stole her Academy Award. Don’t worry she got it back like the Cavs want ‘Bron), a superfan in Los Angeles set up some real estate with some advertising hoardings like Paul Rudd in ‘I Love You Man’ (“License To Sell…that’s hilarious!”) hash-tagging the new free agent trend of ‘LABron’.

Three other towns have hung ‘Bron billboards with an outside chance of landing the King. From his Akron birthplace who refuse to witness throwing rocks at the King this summer, declaring “There’s No Place Like Home”. To even hilariously a New Zealand ballclub wanting to turn the King into a Kiwi. But Philly started the process first. Although L.A. doesn’t want James to trust this but believe instead in the banners that could hang in the royalty of their rafters. Along with they hope his number 23 one day for the one who is still in his prime at a Kareem jersey age.

And when the King was in town to witness all this last month he put on a show in President Magic’s city of Showtime. From the best damn no look pass of his career period. Which drew go fetch tennis ball, dog owner comparisons. To bounce passing the ball between Ball of all players legs.

And with a Lakers/Cavs deadline day trade that saw L.A. and Cleveland clean house and land for LeBron. Further fuel has been ignited to the ‘Casino’ like behind the jersey talk that has everyone betting on ‘LeBron Ball’ for the ‘Lonzo Angeles Lakers’.

The Lakers may have lost two of their sharpest shooting, youngest guns in ‘Sixth Man’ sure-thing Jordan Clarkson and all dunking Ohio son Larry Nance Jr. to Cleveland. But they now have All-Star I.T. support. However whether LeBron reunites with former Cav superstar Isaiah Thomas remains to be seen in more ways than one.

It’s all up in the smoggy air of the summer breeze atmosphere whether Christmas will come early for tinsletown. Like whether another hometown hero superstar Paul George will leave the Thunder and align with the King in the city that never rains (but reigns in purple like Prince), to help make the Lakers young core of Brandon Ingram, Julius Randle, Kyle Kuzma and Ball be all they can be right now.

Then that will be something worthy like James to hang on the three pillars of Hotel Figueroa outside STAPLES.

The City Of Angels will be praying these billboards bring banners.