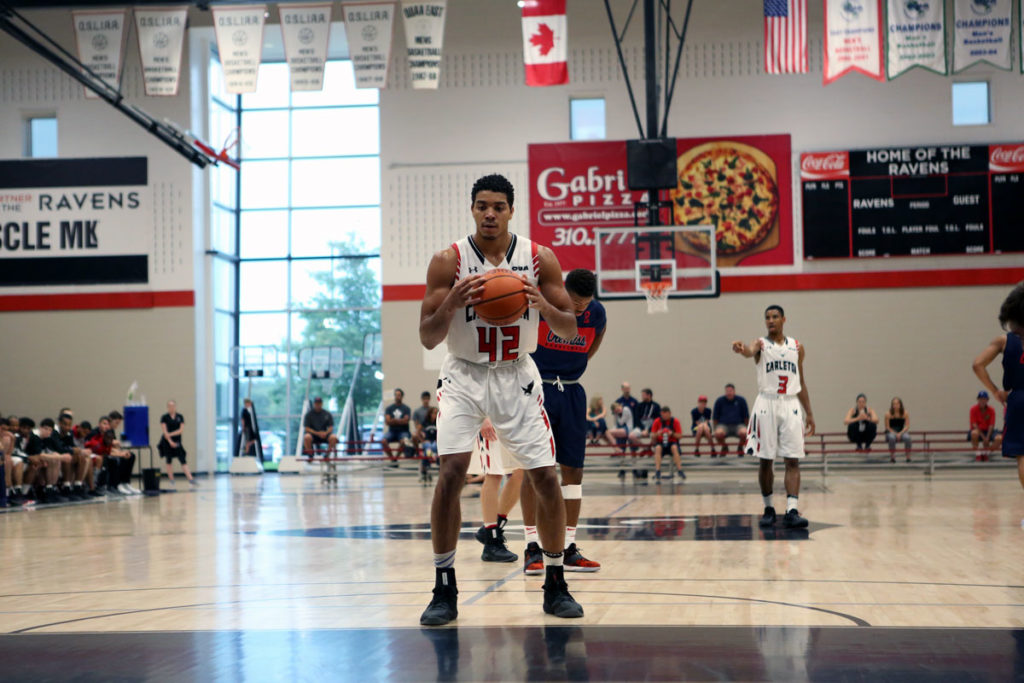 The Eddie Ekiyor era at Carleton is officially over.

Ekiyor a two-time U Sports champion and first-team All-Canadian has decided to forgo his senior year(s) with the 14-time national champions to purse a professional contract.

The 6’9″ forward leaves the Ravens program with his legacy fully intact as one of the most dominant big man to ever play for the national Canadian university powerhouse.

“It is my understanding that Eddie wanted to go pro and is in the midst of doing that.”

In three seasons under legendary Canadian basketball head coach Dave Smart — Ekiyor continued to work and refine his game — ending his collegiate career as the Most Valuable Player during the 2019 Final 8 championship tournament.

The Ottawa native holds career averages of 12.7 points and 6.7 rebounds despite only playing 23 minutes per game. Ekiyor was incredibly efficient in the paint connecting on 60.8% of his shots (313/515). The two-time All-Canadian shot 68% from the charity stripe knocking down 174/256 attempts.

Ekiyor’s minutes were always curtailed given the fact that the Ravens often blew out the competition, leaving the coaching staff to rest their star player. Ekiyor leaves the Ravens program with a record of 119 wins versus only 7 losses.

With no minutes restriction and stiff competition Ekiyor often dominated NCAA teams who came-up to Ottawa to play in the Ravens Nest. He racked 26 points in 26 minutes on 13-of-15 shooting against the Cincinatti Bearcats in 2018 — and also beasted the Alabama Crimson Tide with 16 points and 11 rebounds and put-up a monster 35 point, 10 rebound double-double against the South Dakota State Jackrabbits on 12-of-18 shooting including a perfect 11-of-11 from the foul-line.

Ekiyor, a two-sport stud, also ran the 200 (24.13 secs), 400 meters (52.95) for Mother Teresa and took home the high-jump gold medal at the 2012 OFSAA high school championships with a personal best 1.90 meter jump before shifting gears to basketball. A four-star recruit he left Ottawa in 2014, enrolled at New Hampton Prep and originally committed to play for the Xavier Musketeers of the Big East — but opted to stay home in Ottawa and committed to Carleton after being conditionally discharged of a hit and run accident involving a police officer.

Despite the set-back Ekiyor always had NBA potential and with nothing left to prove at the collegiate level the move makes sense as he continues to develop his shooting touch, ball handling and dribbling skills.

Ekiyor is no stranger to international basketball and represented Canada at the 2013 U16 FIBA Americas and 2014 U17 FIBA World Championships — where he led Team Canada in rebounding (8.6 and 7 per game) on both occasions and finished second in scoring behind current Denver Nuggets’ star Jamal Murray in the latter tournament with 10.6 points per game.