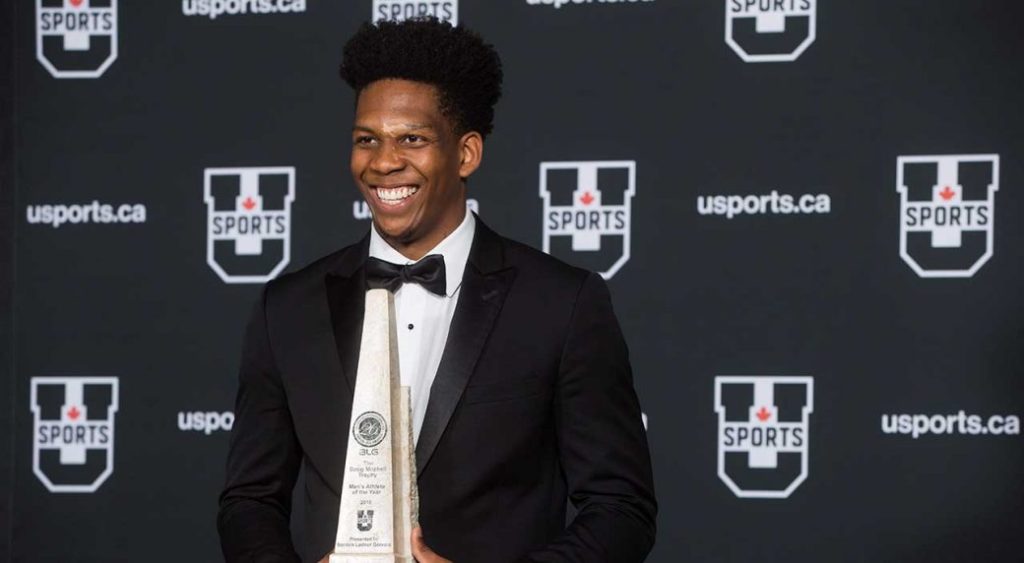 Laurentian guard Kadre Gray took his game to another level this season.

A year ago, Gray was the top Canadian university male athlete in any sport, the first Laurentian student to win the honour.

He led the country in assists, narrowly missed a scoring title, and — perhaps by default — also won the Mike Moser Memorial Trophy as men’s basketball player of the year.

“He is always looking for ways to improve and refine all aspects of the game.”

If there was any doubt, Gray stifled it in his junior season.

He averaged 31 points, 7.4 rebounds and 6.2 assists per game en route to his second consecutive Moser trophy.

“It’s an amazing accomplishment to do it once,” said Swords.

“And now, to be named MVP twice, is truly a testament to his willingness to learn and improve.

“The Kadre effect has spread throughout our community as well. It is great to see him support our local youth and realize the positive impact he has on everyone.”

Gray received the 2019 Moser trophy Thursday at a gala in Halifax, N.S., ahead of the U Sports Men’s Final 8 tournament.

Gray was simply a cut above. He posted gaudy stats with notable efficiency, shooting 48.8 per cent from the floor.

He was also a First Team All-Canadian and played with Canada’s national team in FIBA World Cup 2019 Americas Qualifiers against Venezuela and Brazil.

Must Read:  Kelly Olynyk 24 points Most by Canadian in NBA Finals History

Gray was the only U Sports player to participate in the qualifiers. 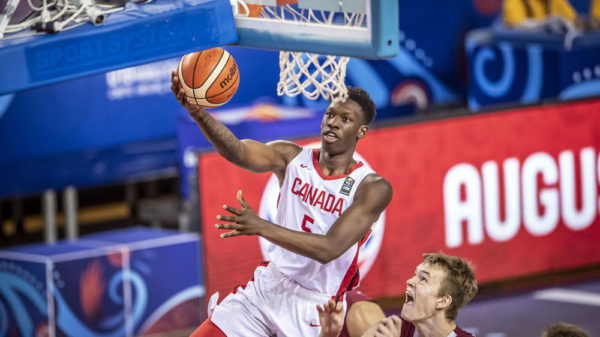 Canada’s Junior Men’s National Team rebounded from a stunning one-point loss to Mali to defeat Latvia 78-76 and reach the Round of 16 at...

Edilson J. SilvaJuly 2, 2019
Do NOT follow this link or you will be banned from the site!