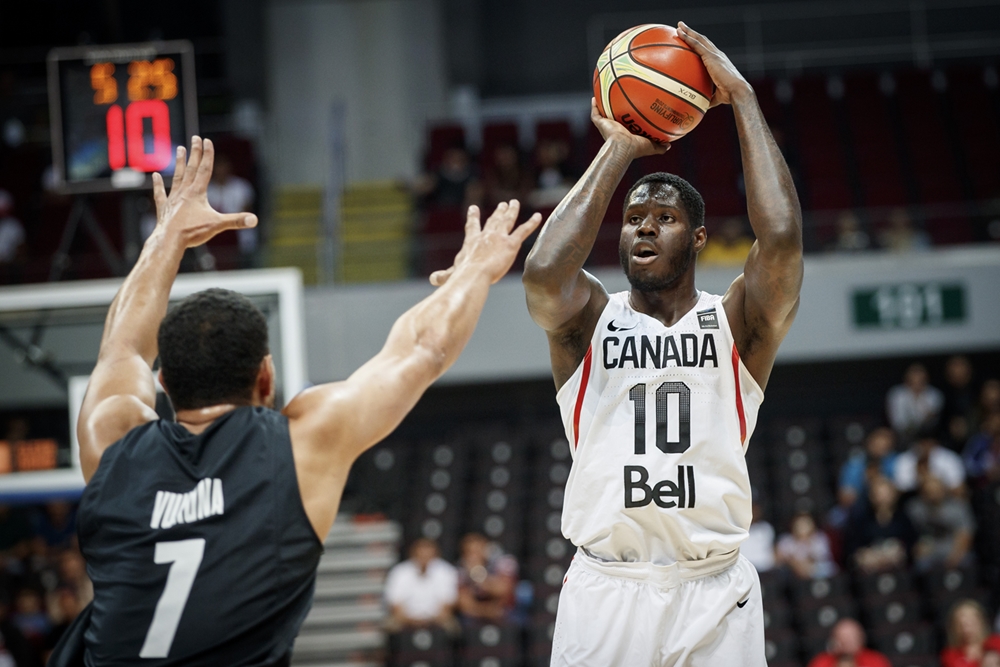 According to FIBA, Canada basketball has released the preliminary player list for the third and final window of the FIBA AmeriCup 2022 Qualifiers.

The twenty-one (21) preliminary player list includes a veteran crop of players who have represented Canada previously at various international levels. The potential roster is headlined by Anthony Bennett, the former number one pick of the 2013 NBA Draft, who last played with the senior men’s national team at the 2016 Olympic qualifying tournament in Manilla.

Other names include the Scrubb brothers, as Philip and Thomas Scrubb look to increase their international cap count. Kaza Kajami-Keane, Conor Morgan and Owen Klassen round-out the players who represented Canada at the 2019 FIBA World Cup.

The final roster announcement is expected in the coming days as the team gets set to take-off for San Juan, Puerto Rico.

Canada is scheduled to play four games in five days in the upcoming third and final bubbled-up qualification window. Team Canada will play two games against Cuba and the US Virgin Islands from February 17th to the 21st.

Canada is currently in last place in Group C with a record of 1-1 and will need to win all the remaining four-games to top current group leader Dominican Republic.

The two teams split a pair of home and home games in the opening window. The Canadians took the opener, winning convincingly 89-72 at the Campus Recreation and Wellness Centre in Oshawa, Ontario before dropping a close 88-84 contest in Santo Domingo at the Palacio de los Deportes.

The top three teams in each of the four groups will advance to the 19th edition of the FIBA AmeriCup, scheduled to take place from the 2 to the 11 of September 2022.

The FIBA AmeriCup tournament serves as a qualifier for the upcoming 2023 FIBA Basketball World Cup set to be hosted by the Philippines, Japan and Indonesia.