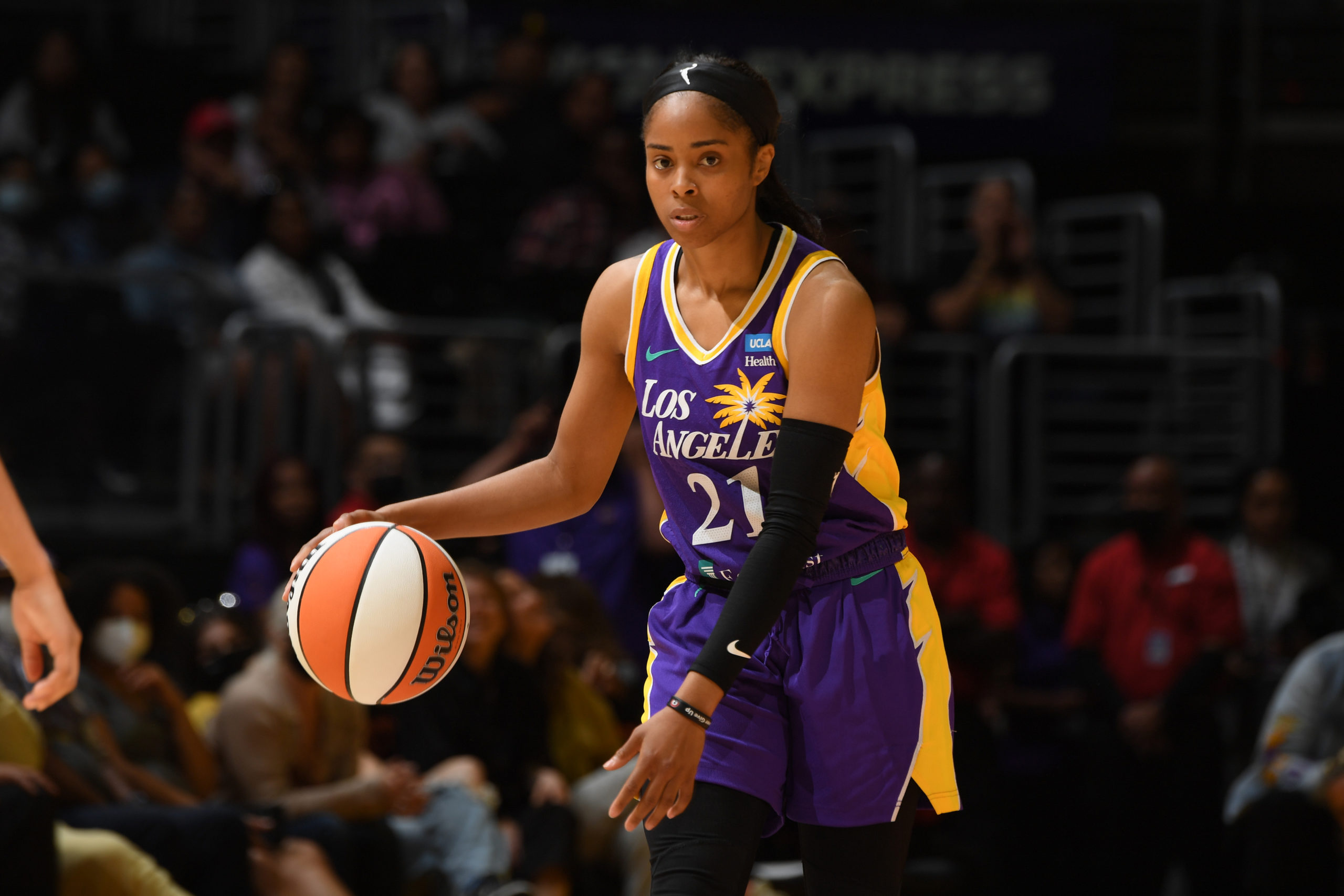 O Canada! Jordin is more than a baller.

The queens of Los Angeles have had as tough a time as the King in the NBA this summer season. The LA Sparks have lost players to trades, injuries and just plain old Tinseltown drama.

Swedish superstar Amanda Zahui B. was suspended for the season due to roster rules, when she hadn’t even done a thing wrong. Laker legend and coach Derek Fisher was fired (bring back Coop). And if that wasn’t enough, big free-agent signing Liz Cambage demanded a Hollywood divorce.

Then, just days ago, the team who already felt gravity’s pull were left grounded following a road win in Washington, due to flight cancellations. Once again, showing the unjust disparity between the W and their big brother league. Just like the biggest headline right now, out of Russia (Free BG).

Needless to say, the President of the WNBA Players Association Nneka Ogwumike had something to say on social media.

Thank the basketball gods for Nneka and the sister act with Chiney, steeping in for the post Liz Angeles Sparks. Not to mention Brittney Sykes, our vote for Defensive Player of the Year once Sylvia Fowles calls it a career, this year.

Kudos also to getting Chennedy Carter. A dream that’s making us not miss Erica Wheeler as much. The veteran leadership of Dallas Mavericks coach Kristi Toliver. The potential of Olivia Nelson-Ododa. And the big shots of Lexie Brown (dunking Dee’s daughter) and former Seattle rainmaker Katie Lou Samuelson.

But what about the storm of another former Emerald City jewel like Loyd? One of the best pick-ups this off-season when everyone was centering on Cambage, Jordin Canada.

Canada, Los Angeles’ very own, has come home. The UCLA grad with championship pedigree comes with experience in epic moments and tutelage of one of the greatest in the game, regardless of gender, Sue Bird.

Must Read:
Moore To Life Than Basketball

The bruising Bruin and former fifth pick in the draft has been a Spark for LA in a season with plenty of dramatic turns to keep up with. Just like the way she bobs and weaves in the lane for a lay-up at the cup she drinks defences from. But Jordin rules, two games like Pee Wee Kirkland.

Like first namesake Jordin Sparks, this Spark can sing.

Lab to lab, studio time is important for Canada like court reps, now she’s back in Los Angeles. Because the two-time WNBA champ knows practice makes perfect. It’s all worth it.

“The best thing you can do for a person is inspire them.” The words of the late, great, Los Angeles hip-hop legend Nipsey Hussle inked on her skin and engraved in her heart. Canada knows how to push. Because you know, “you gotta go hard, you gotta believe in yourself” as Hussle dictates. And from the hardwood to the booth, Jordin’s belief is inspiring legions of fans in Los Angeles and beyond who know this is more than a game like a WNBA hashtag trend.

The tunnel fit star who catwalks to every game is also making designer plays with Laker Russell Westbrook. But none of this is distracting from her focus on the game. Recently the Sparks player of the game in DC recorded 11 points, 12 assists, 3 rebounds and 2 steals, mystifying the Mystics.

Just wait until she fashions that versatility into an album.

Then maybe a gold record could be put up next to those championship banners.