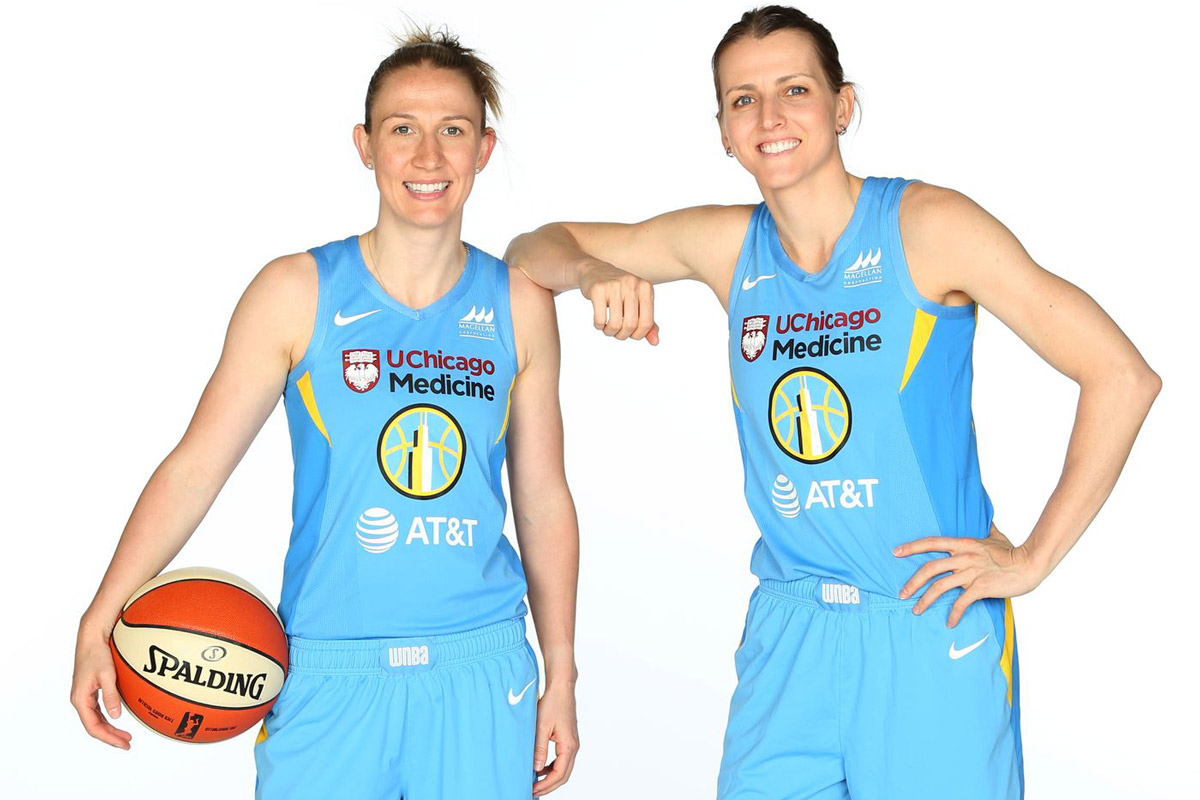 Yeah they lost, so what?!

It’s still a series…and this is still the finals.

I don’t care what they say. I’m as excited for the WNBA as much as I am the NBA.

How could you not be these days in the W’s 25th anniversary? All coming to a classic close before the NBA begins its 75th year.

We don’t even know how it’s going to end right now.

GOAT certified Diana Taurasi, pushing 40 as well as another ring to go with all those gold medals has already knocked out fellow GOAT Sue Bird and last year’s Wubble champs, the Seattle Storm.

But those who thought the Mercury’s rise to the top was going to be easy, forgot about the Sky.

Bringing it home for Chicago, hero Candace Parker led the way as the Windy City changed the course of Game 1.

To think the Tribune didn’t even print this on the front page of their sports section.

We still dealing with this type of stuff?

Now with the series all square like that box in the paint we really are in the midst of a legendary finals to serve as a coronation the associations quarter-century.

Sure the Phoenix favorites prevailed 91-86 off some key Skylar Diggins-Smith defensive clutch plays, but they did so in OT. Phoenix Sun greats Chris Paul, Jae Crowder and Devin Booker with the classic camera flash courtside may be witnessing both Phoenix teams flaming the finals this year. But just like when the brotherly franchise was stopped by the champion Bucks, the Mercury’s hardwood path to the chip will be anything but a salsa dance.

Especially when the Chicago Sky have more sharpshooters than the early 2000 Sacramento Kings.

The couple combine for a range that has them gunning for a WNBA one.

Doubling-up for 39 points they kept Chicago in the sky, no matter how hot the Mercury got. It wasn’t just perfection from the perimeter they stroked either. Vandersloot had 20 points to go with 14 assists (matching Sue Bird for 9 playoff performances all-time with 10 or more dimes) and 5 steals as the dubbed, “soul of the franchise” and Quigley quickly racked up 19 points, 6 rebounds and three 3’s like she was playing with the money ball rack again.

Sure, I wouldn’t bet against Taurasi who came alive in overtime of Game 2. Plus there’s still plenty left on the clock in regard to this final series. When it all comes down to it, it will be on big players like CP3 and Brittney Griner to make the difference between champagne and commiserations pain. But both teams like the league are more than just the big marquee names.

But when you look at the Sky it’s the wife duo on court of Courtney and Allie in matrimony with winning who could shoot Chicago straight out the stratosphere.