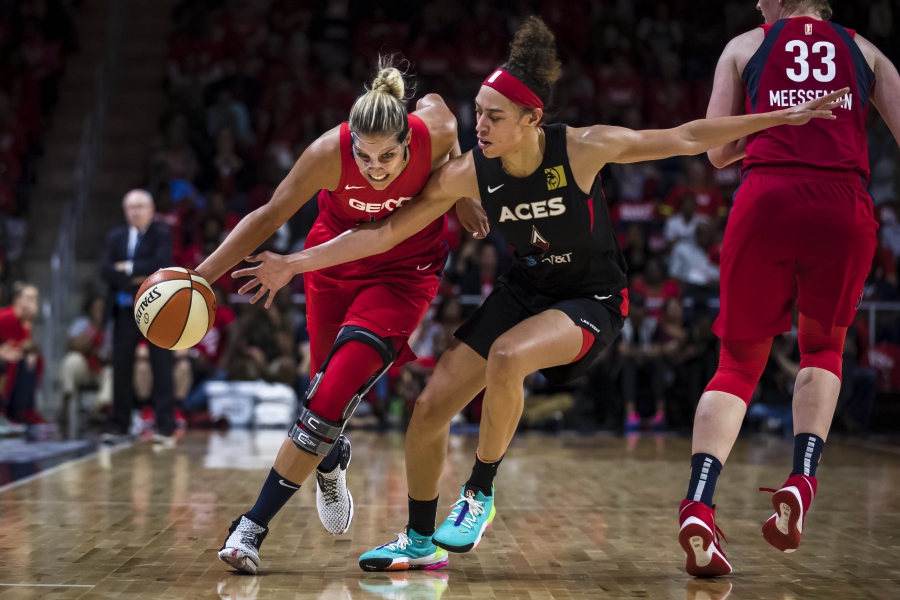 watch this work the wnba bets on women

Ten years ago the motto of the Women’s National Basketball Association was to, ‘Expect Great’. Now a decade later and into the roaring 20’s of a whole new one and world, the league that tells you to watch them work truly has for all it’s worth.

The WNBA and CBA (Collective Bargaining Agreement) has reached a monumental moment in the leagues history and its time to read all about it on Los Angeles Sparks twin superstar Chiney Ogwumike’s Twitter thread.

It tells us the CBA means…

When it comes to players salary and compensation there will be a 30% increase to the salary cap as the higher max pay player salary jumps like Lisa Leslie’s first dunk from $117,500 to $215,000. Whilst there will be an additional compensation for those top tier Candace Parker players around $300,000. Moving millions this is thee first time the league has moved units like this in six figures. And like Russell Westbrook why not? Because for every player like him there’s an Ogwumike. For every Candace a LeBron. Every Luka Doncic a Breanna Stewart. Every Larry Bird a Sue. Kobe Bryant, Diana Taurasi. For every Michael Jordan a Lisa Leslie.

Every insufferable, couch potato chip, sexist fans who unlike a Suffragette doesn’t believe women deserves equal pay needs to check their pockets…yep like Rakim said that’s nothing but lint. Now paid in full these women deserve this and more like diversity at the Oscars. Just as good as the men like Michelle Wie (she’s not the logos sons wife people) golfing with the guys of you claim you’re “woke” on social media but can’t wake up to this then you’re about as woke as still in bed gone half 12 in the afternoon. It feels like all those trumped up people who had a problem with a female ‘Ghostbusters’ reboot. Or those old men who would rather bully a 17 year old girl with Aspergers online than believe in the actual happenings of climate change.

Sure there’s an argument that sportspeople shouldn’t be paid these ridiculous amounts of money. But the point is if the men get paid this much then why shouldn’t the women?

This should have happened a long time ago. But at least it’s happening now.

Working mothers are also finally getting their due in a groundbreaking deal on this date. Players will receive a salary whilst on maternity leave with an additional new childcare stipend. Whilst up to $60,000 of progressive family planning benefits for veteran players for costs for adoption, surrogacy, oocyte cryopreservation, fertility and more. No longer will go hard greats like Skylar Diggins-Smith have to play whilst pregnant and hide it to protect herself whilst the CBA lists it as a “condition”.

Perks of the game that the men have had for years and the world class women deserve just as such also include individual hotel rooms for players, more mandatory leg room on flights (how important is this for basketball players? The NBA would cry personal foul if the King and them would be forced to fly economy), and further for the finances, off-season job opportunities with league partners that along with the salary rise will mean that WNBA players won’t, overplayed and underpaid have to go overseas in the off-season to earn more money to make ends meet in foreign leagues. Something which has been a conditioning condition and pay for play issue since the leagues inaugural inception.

And let’s not forget about the players mental health too in major improvements across the board and world to an issue still surrounded with stigma despite the lengths taken and measures made. More resources will be offered in addition to the adoption of a Nutrition Council that will aid peak performance by offering players a commitment to this optimization.

But it’s probably the stand made by the WNBA and the CBA against violence to women which is the most important. Ending domestic and all sorts of violence to women which has happened to players around the league and still happens everyday, effecting everyone needs to end NOW like it should have never happened. It seems like such a ridiculously obvious thing to say…but that doesn’t mean it shouldn’t be said.

Again and again until we don’t have to.

The wide world has finally met the standards of the women’s game and league on the way to leveling the playing field. More of the same…do we really need to add the please now?

Betting on sporting events is a losers game. But betting on women-like the ones in this league-is a sure thing.

The game changed for real today.