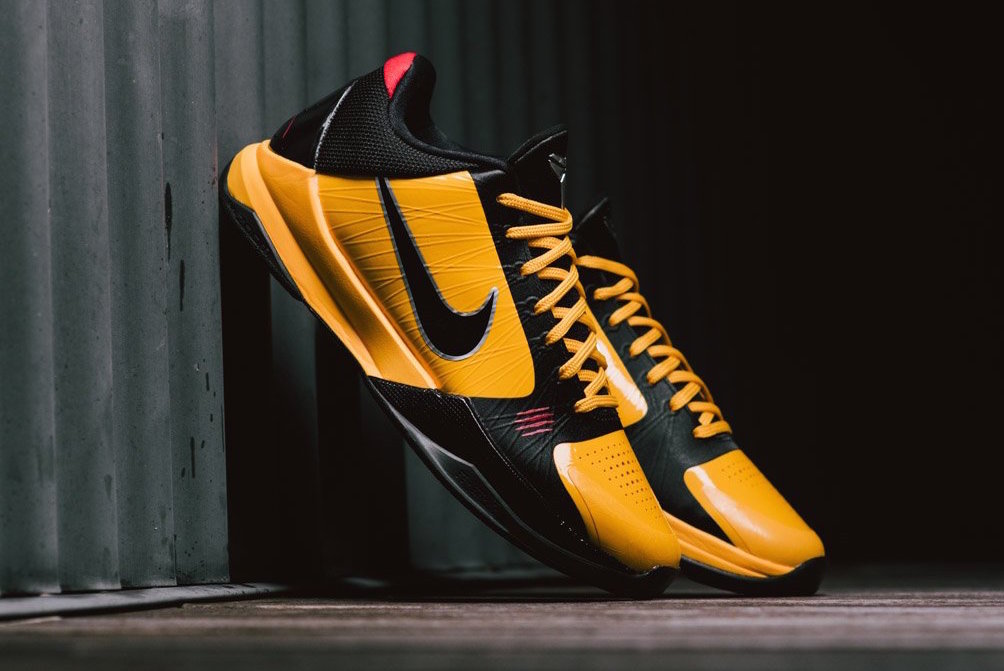 nike and bruce lee enter the mamba with kobe 5

Uma Thurman once samurai sliced and diced her way through more bad guys than Hollywood on this jilted and left for dead brides way to ‘Kill Bill’. Rocking a yellow jumpsuit that paid tribute to one of the greatest athletes of all-time, deadly like the bite from a Black Mamba.

No we aren’t talking about a Los Angeles Laker or even a G.O.A.T., but another unbeatable icon who had his own 30 For 30 ESPN documentary this year like Michael Jordan’s ‘Last Dance’ with the Chicago Bulls.

Be still and ‘Be Water’ because this gold standard was different, even battling the Laker legend and highest NBA scorer of all-time Kareem Abdul-Jabbar in a ‘Game Of Death’.

Once upon a time in Hollywood, now this is the tribute that martial arts game changer Bruce Lee deserves.

Canary colored like Bumblebee, Nike have transformed the Kobe 5 into something that “adapts what is useful, rejects what is useless and adds what is specifically (their) own.” The Proto Bruce Lee flows off the concept art sketches to the shelves for consumers like water through a Spring this fall.

A decade after Bryant won the last ring before this tragic to homaged year for the Lakers and the original Kobe ‘Bruce Lee’  the second coming has risen. 10 years later the Proto in Del Sol/Metallic Silver-Comet Red-Black pays tribute to the ‘Game Of Death’ one-piece that saw Lee beat Kareem in sunglasses and shorts fair and square, no cap.

After all, “the key to immorality is first living a life worth remembering.”

Now just do that.

“As you think, so shall you become.”

In this article:Bruce Lee, Enter the Mamba, Featured, Kobe 5, Nike 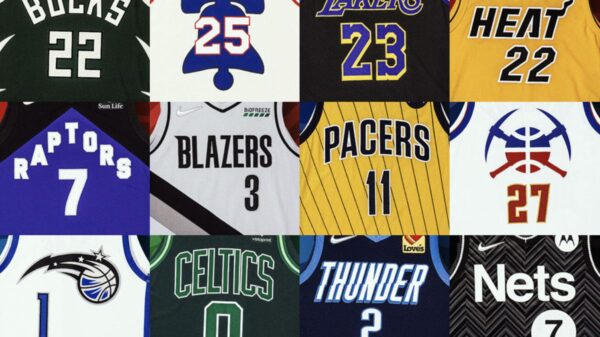 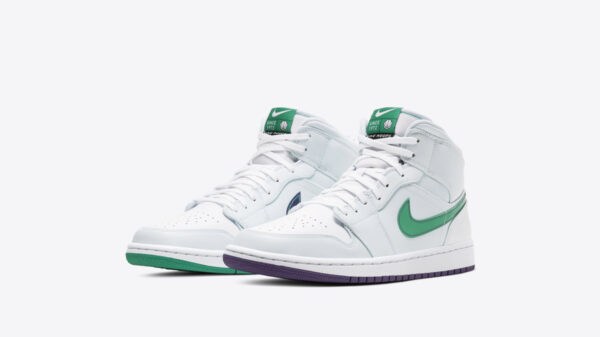 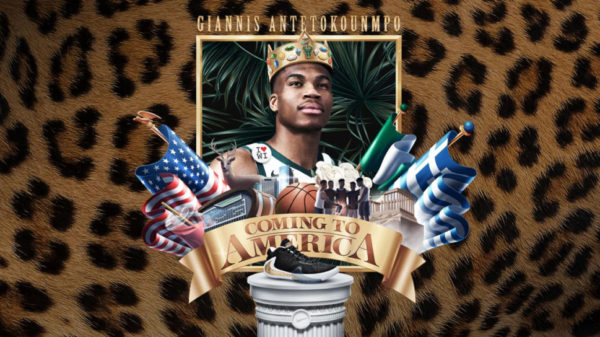 “GOOD MORNING NEIGHBORS!” “Hey! F### you!” (With genuine joy and affection back) “Yes! F### you too!” Ever since Milwaukee Bucks position and court redefining...

Tim David HarveyJuly 17, 2019
Do NOT follow this link or you will be banned from the site!